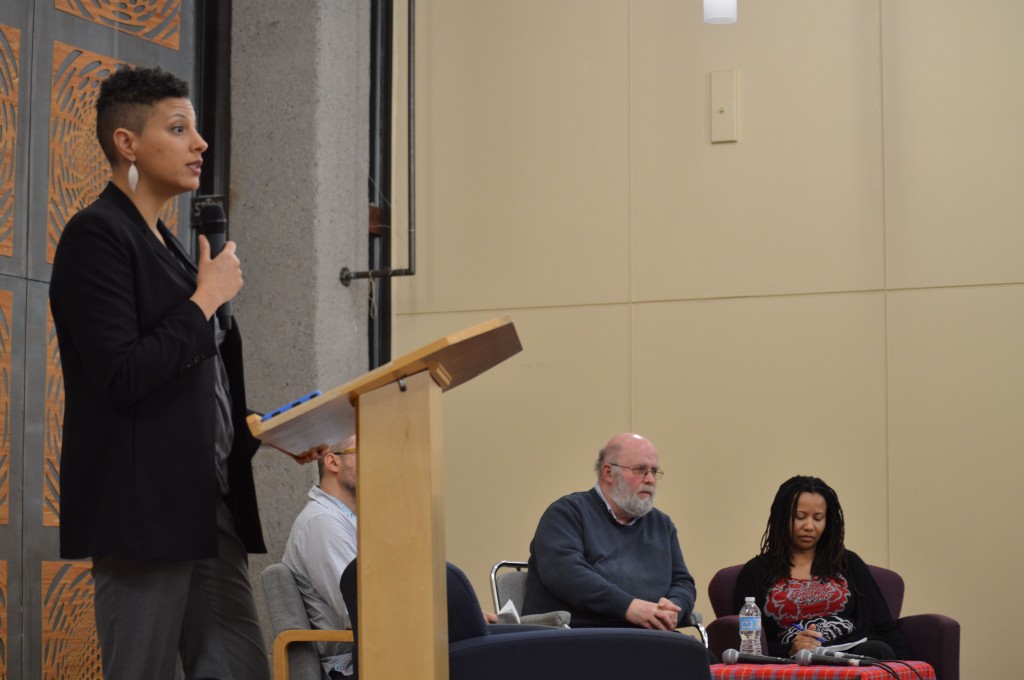 As part of its calendar of activities for Black History Month, McGill’s Black Students’ Network recently hosted a discourse on race and anti-blackness in both Canada and the US. Presented in collaboration with the McGill Debating Union, the Women of Colour Collective at the McGill Law School, Media @ McGill, and the McGill Department of History, on February 16, the SSMU ballroom was the site of a panel discussion featuring Dr. Charmaine Nelson, Dr. Darryl Leroux and Frank Mackey.

While the renowned scholar and national correspondent at The Atlantic, Ta-Nehisi Coates, was originally supposed to be in attendance, he was unable to partake in the discussion due to a last-minute emergency. As a result, Mackey, a respected academic focusing on slavery and Black historic life in Montreal, was present in his place. Nelson, an Associate Professor in Art History at McGill and Canada’s only black professor teaching Art History at a Canadian university, was also joined by Leroux, an Assistant Professor in the Department of Sociology and Criminology at Saint Mary’s University. The panel discussion was moderated by Rachel Zellars, a McGill PhD candidate in education and focusing on critical race theory. 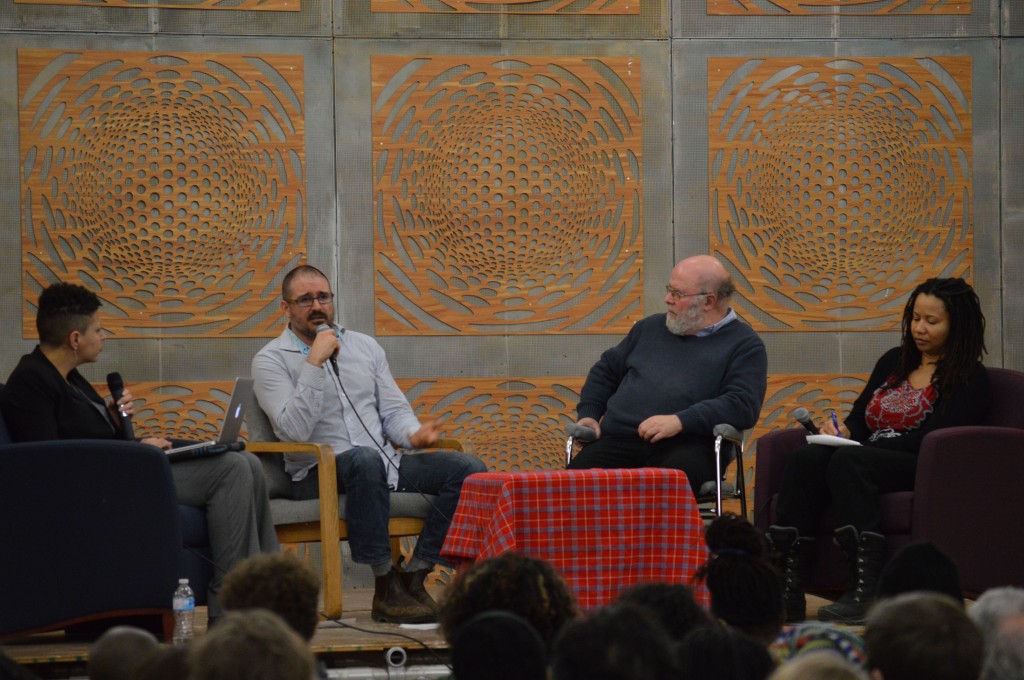 Blackface in Quebec
In discussing the roots of transnational anti-blackness in North America, Zellars began the evening by stating that “we need a re-understanding of racism and slavery in Canada, and blackface and minstrelsy in Quebec.” This latter specification was in response to what has seemingly emerged as a trend: the annual case of blackface in Quebec. The latest incident occurred just last December when a white actor painted his face for a skit paying homage to the hockey player, P.K. Subban, as part of a satirical play celebrating the top news stories of 2014.

For Nelson, the reaction – or lack thereof – to this most recent case arose from the fact that, in Quebec, “we have no practice in talking about race. [Rather,] we’ve been trained that to talk about race is to be racist.” Although a small group of critics were vocal about their disapproval of the use of blackface in the play, many commentators, columnists, and even cartoonists simply brushed those remarks aside, under the pretext that the simple act of painting one’s face black does not equate to blackface, and is thus not racist.

In unpacking this reluctance to actually talk about race in public forums, Nelson then went on to highlight how, in Quebec and Canada as a whole, there’s “no infrastructure” for discussing race relations, racism and blackness. Fundamentally, such infrastructures are built through education, but “in Canada, you can’t even get a minor in Black Canadian studies,” Nelson later added. Her thoughts were later echoed by Leroux who pointed to “the problems of knowledge production” as impediments to the progress of racial discourse in Quebec. 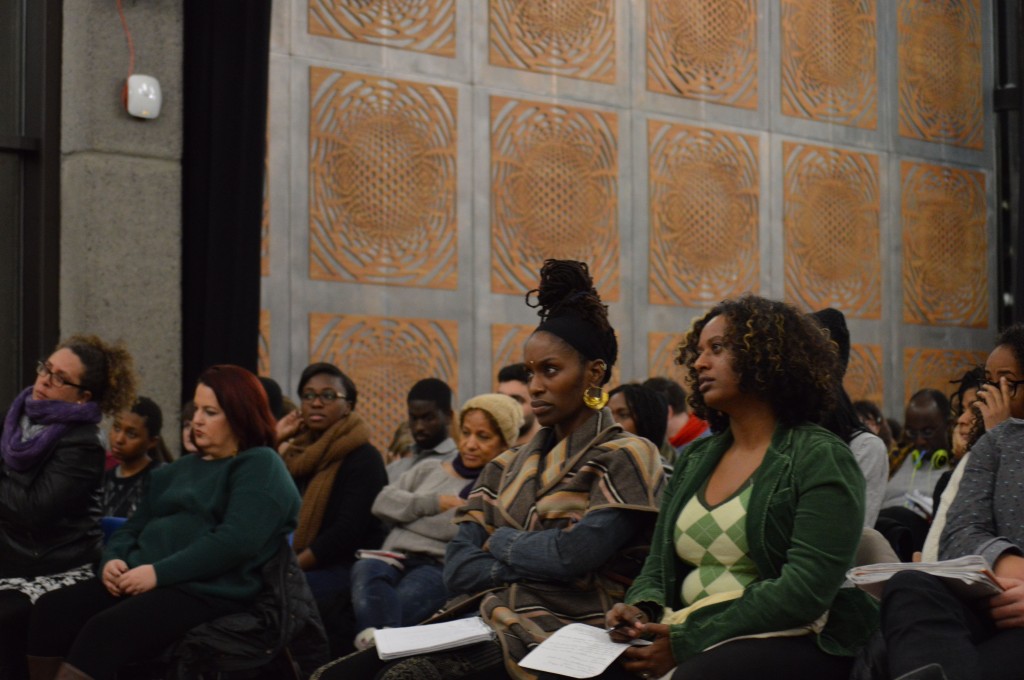 Blackness at McGill
In discussing the place of blackness in academics, Nelson highlighted that “in 2007, we finally got a diversity policy at McGill that names race.” However, because they are not all applied, Nelson explained that such bureaucratic changes are nothing more than “tools for the university to make [itself] look good internally and externally.”

When relating her own racialized experience at McGill, Nelson stated, “I constantly feel isolated at McGill; this is not a safe space for me.” She explained that, as black scholars, “our psychic and spiritual well-being are at risk by being in these spaces,” and, as a result, “I feel better being further away from campus.” Ultimately, she revealed, “my experience at McGill is not the experience of my white colleagues at McGill.”

Leroux joined in, affirming that “the academy is an incredibly violent place [and] I’m not saying that metaphorically.” Referencing a research project completed by the scholar Melinda Smith on the experiences of POC faculty (both racialized and indigenous) at academic institutions, he noted that “there has been a decrease in the number of such faculty in Canadian institutions.” Basing herself of her own experiences, for Nelson, this is consistent with what she has noticed emerge as a trend in “the disappearance of black scholars – [which] is what we call ‘nervous breakdowns.’” 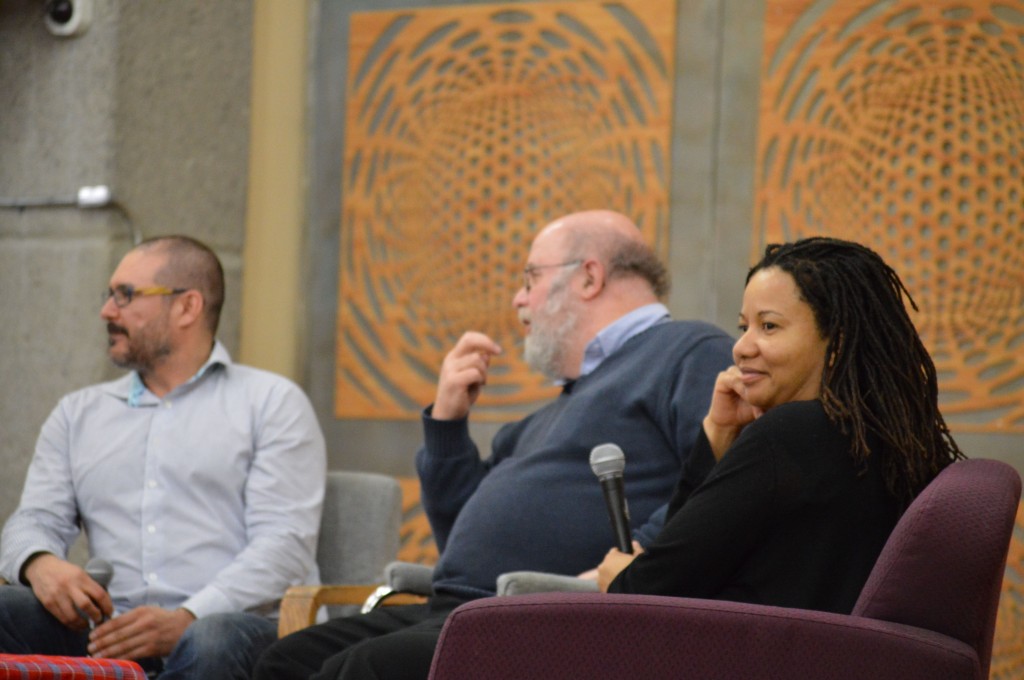 When asked why blackface seems to be particularly persistent in Quebec, Nelson responded that, you have to ask yourself, “what kind of white backlash do the incidences of blackface in Quebec represent?” In offering an explanation as to why such backlash is often vocalized by “upper class, educated, white university kids” who seem reluctant to come to terms with the historic, racist connotations of painting one’s face black, Nelson went on to clarify that, “whites mobilize their marginalization instead of their privilege.”

She explained, “They can only see themselves as victims, rather than perpetrators of racial oppression. That’s why you can have the director-general of the theater saying that she feels victimized by the reaction to her decision.” Add to that the additional, language layer that Montreal adds to the mix, and you end up facing a situation in which those actually criticizing the use of blackface are then being criticized for reacting in English. For Leroux, a blatant example of this surprising turn of events was voiced by Patrick Lagacé, a popular columnist who commented that “because most of the critiques [of the use of blackface] had been in English, they were essentially invalid.” 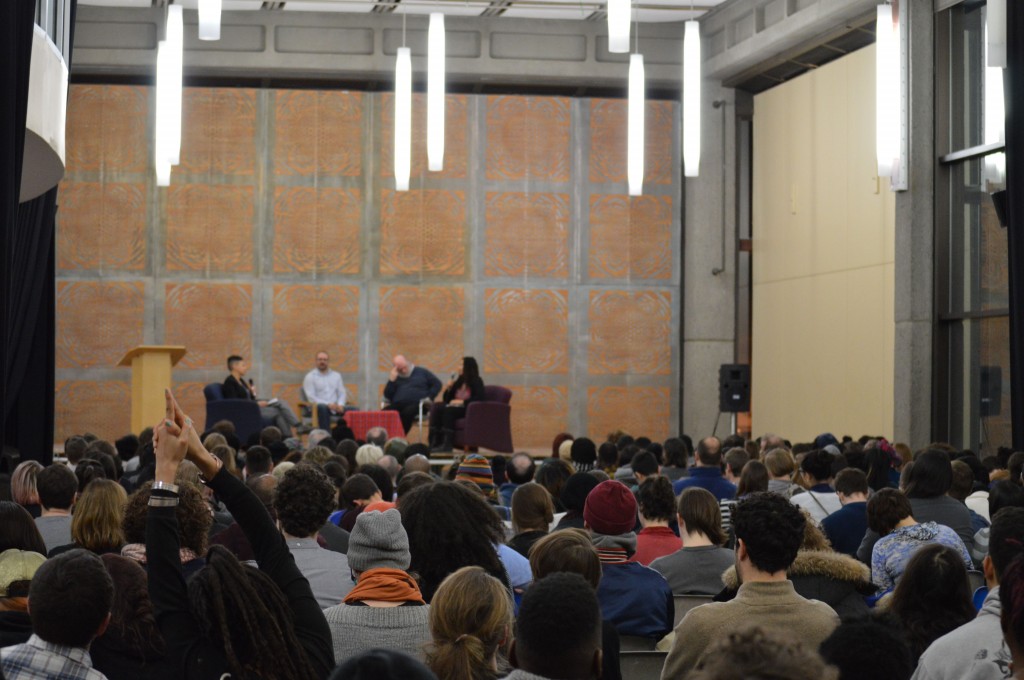 The Notion of Quebecois Exceptionalism
Leroux later reminded the crowd about the, “importance of the concept of the French Atlantic,” in the sense that slavery and racism in Quebec were and are greatly influenced by the province’s identity-defining relationship with France. Essentially, as Leroux explained, this idea of “kinship” manifests itself through societal attitudes that tenaciously support the notion of “Quebecois exceptionalism.” Such a belief lies at the heart of how, in Quebec, “the inheritors of French-regime slavery […] can now confidently assert in the public sphere that they have no history of anti-black racism because they were themselves colonized by the British.”

According to Leroux, such sentiments arise from the historic role played by colonial victimhood in defining the province’s colonized identity, whereby the “descendants of original French settlers are victims of colonialism.” However, for Leroux, such a victimization is unwarranted, as “subjugation does not equal colonization.” Rather, “Quebec was and continues to be on the side of the colonists.” 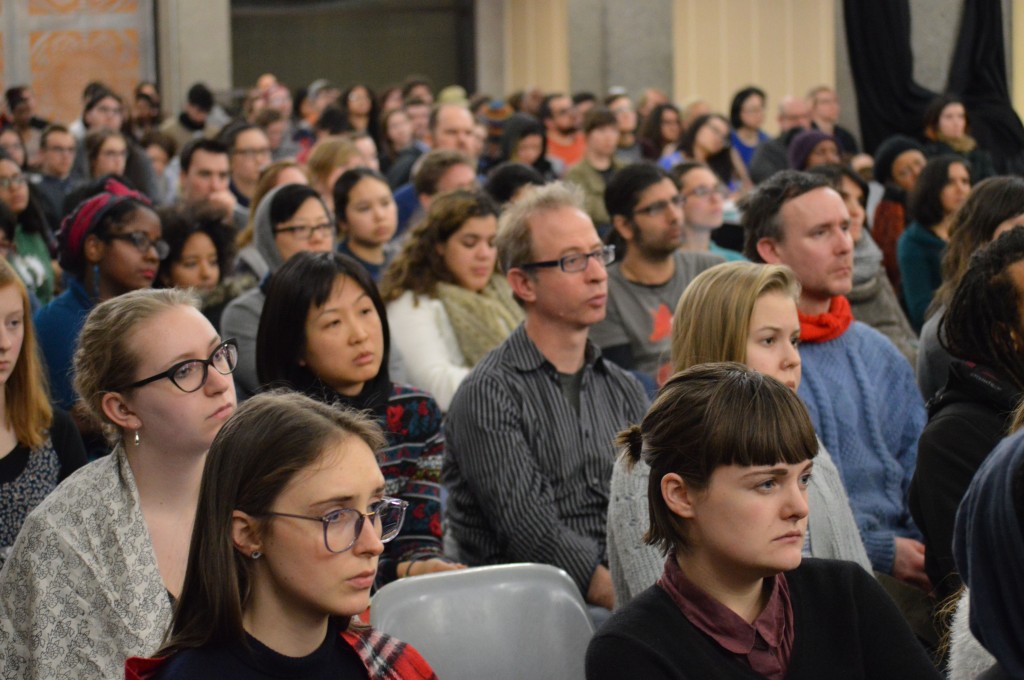 Slavery in Canada
Referencing her initial statements on the “borderlessness of Jim Crow,” Zellars briefly discussed how, “in Canada’s self-representation of itself, it touts the underground railroad as proof of how Canada was a haven for slaves.” However, as discussed, such ideals of exceptionalism open the door to the fact that blackness is often wrongly perceived as having emerged and evolved differently, compared to its development south of the border.

Mackey, skeptical of the use of the underground railroad as the archetypal example of Canada’s history of blackness, stated that “we have to stop seeing [slavery] in American terms [because] that’s not how it happened in Canada.” Rather, slaves in Canada benefited – so to speak – from “a growing sympathy for the slaves in the US,” a trend that emerged in the 19th century and “rubbed off on the Blacks in Canada.” 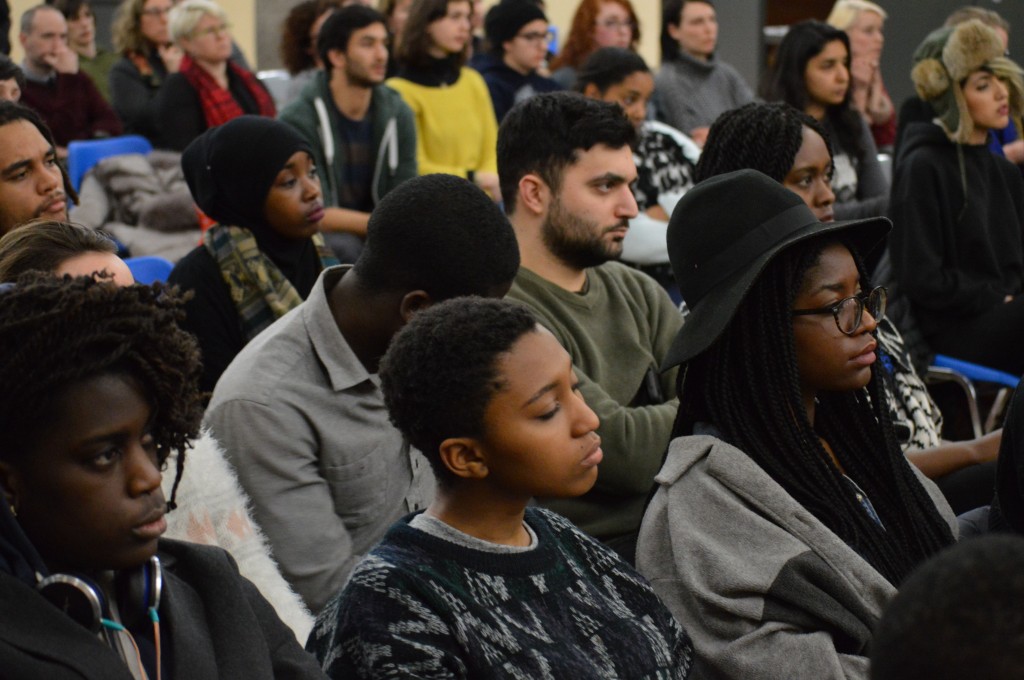 All the same, Nelson disputed that “if [we assume] slavery didn’t happen here, [then] the black diaspora didn’t happen here,” thus perpetuating the false narrative that blackness suddenly emerged in Canada through the immigration of Caribbeans during the 50s and 60s. In the end, such assumptions lead to the present situation where “the records are being erased and patrolled” – to the extent that, “according to the employees of McCord Museum, slavery didn’t happen in Canada […] or they would rather have students do assignments on American slavery.”

With that in mind, “how do you push back against that retroactive erasure,” she later asked the crowd. “People need to become aware of their own history for society to actually give a damn about the history of slavery,” Nelson concluded. After all, you only need to “go back a few generations [to uncover how] everyone can find links to slavery.” 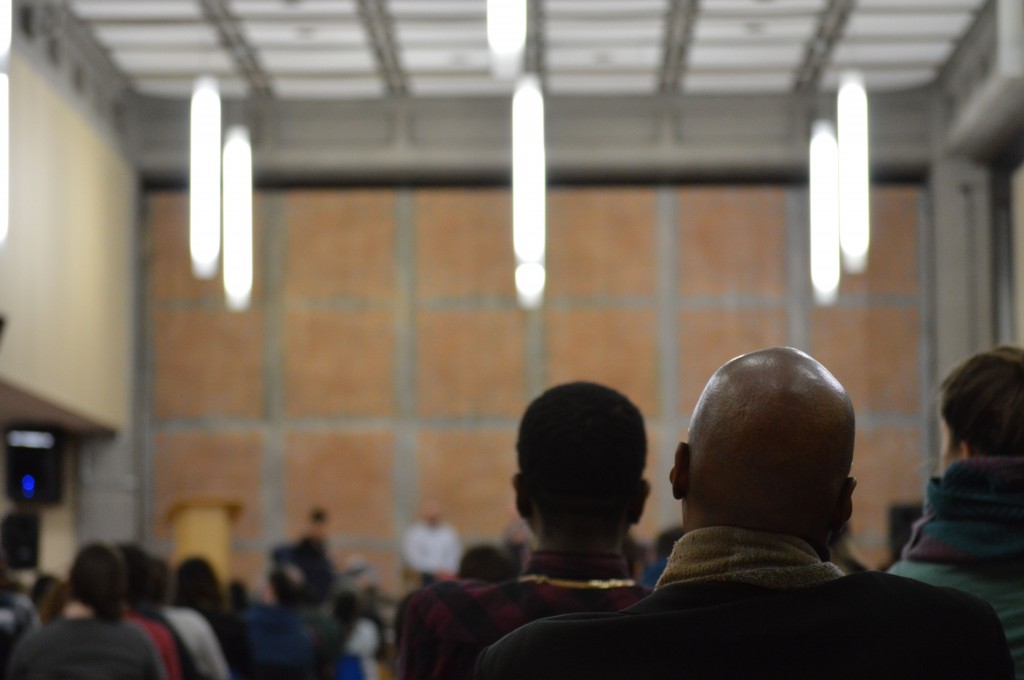 “I had a misunderstanding with a white classmate, he got angry … He said: ‘You left Africa to come to…