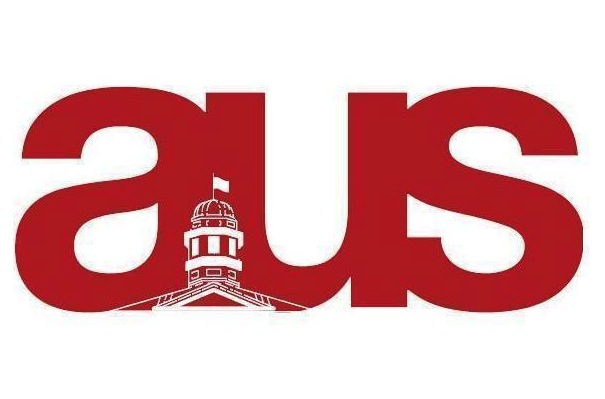 On November 11, 2014 the resignation of AUS VP Social Kyle Rouhani was announced by the AUS Executive for “reasons of extreme personal, academic, and emotional duress met during the role.”

Rouhani, a U1 Geography major, was elected to the position last March. Rouhani’s portfolio as VP Social included organizing and running Frosh, Bar des Arts, OktoberhAUS and the Winter DepARTmental Cup. The resignation will be made official at AUS Legislative Council on November 12, at which point the replacement process for the VP Social position will be discussed.

According to Article 12.13 of the AUS Constitution, “in the event that one of the Vice-Presidents positions is or becomes vacant, the Council or General Assembly shall elect a replacement, in accordance with the Electoral by-laws, from amongst its members or choose a member of an official committee (as stipulated in article 10.1) until a by-election, if deemed necessary, is held.

In the meantime, the AUS Executive maintains that it is “working hard to ensure that student services are covered and that the transition period is smooth.”

The Question of Operations

On November 6, the Arts Undergraduate Society of McGill University Facebook page posted news of a cancellation of Bar Des Arts as a result of “extenuating circumstances regarding [their] liquor permit.”

As defined by the Memorandum of Agreement between the AUS and McGill, the AUS may only hold a reunion class liquor permit.  Under article 33 of the Quebec Act Regarding Liquor Permits (chapter p-9.1), “A reunion permit entitles the holder, for the period determined by the board, to sell or serve alcoholic beverages, except draught beer or wine on tap, for consumption at the place indicated by it at events determined by regulation.”  Article 35 of the same act states that Quebec will, “issue a permit to a person or a partnership. That permit is issued in the name of the person who intends to use it.”

Under these regulations, the permit would be under the name of the appropriate executive within the AUS, with the responsibility falling under the portfolio of the VP Social. AUS President Ava Liu acknowledges this as an example of the difficulties Rouhani faced in completing the responsibilities in his portfolio. In the interim, Rouhani has requested that Liu field all media inquiries relating to his resignation.

Despite this, operations do not appear to face any significant threat from the resignation. The liquor licence for the Winter semester will be handled by the VP Internal and Executive Assistant, and Liu asserts that all committees under the portfolio will continue to operate uninterrupted and go forward with planning events for the remainder of the year.

A Bigger Problem for the AUS?

Rouhani’s resignation is the third for the AUS this year alone. Late in the summer, VP Finance Kateryn Kim resigned due to “personal and familial matters.” The resignation was made official on September 3, with the replacement process conducted on the same evening during AUS Legislative Council.

Kim’s resignation was followed by the resignation of VP Internal Leila Alfaro, made official on October 1. Alfaro announced her resignation after she decided to spend the Winter 2015 semester away from McGill. While the replacement process was once again discussed during Legislative Council on the same evening, Alfaro was present and made herself available for questions.

Kim and Alfaro were replaced by Li Xue and Roma Nadeem respectively. Xue was voted in by AUS Council members while Nadeem was elected through the Fall by-election.

Liu does not see the resignations as symptomatic of a larger problem within the AUS. “I don’t think there’s anything that can really prevent situations like this because we’re all students and things happen,” she asserted. “There’s very little relationship between the three incidents so I don’t see any kind of thematic link. I think we’re on very good terms in the AUS and things have gone very well. We’ve been very lucky in that sense.”

“Coming in as president, I think you definitely have worries that people will resign and that is something that will impact your term, because last year we had resignations as well,” she continued. “But so far I find that while the resignations have all happened, they’ve all happened in a way that hasn’t been damaging to our operations. Nothing has been curve-balled.”

Despite the ramifications of the resignation, the AUS Executive Committee is already looking forward. A discussion on how to choose Rouhani’s replacement, as well as how to continue operations of committees in his absence, is currently taking place. Liu asserts that Rouhani will continue to be active in his role during the transitory period between the two executive appointments, and that the resignation should not have the serious ramifications one would initially assume.

“I’ve found that our Constitution allows a good deal of flexibility but also rigour regarding the resignation process,” she explained. “It mandates, for example, that we have an appointment right away with the permission of council, but also gives council the ability to decide whether or not by-election is necessary or faithful. So it gives us flexibility in order to ensure that things don’t get bottlenecked or handicapped, but at the same time it also allows us to act quickly and within the realm of what is already clearly defined.”

In this particular instance, the AUS aims to appoint a replacement rather than hold a by-election, citing the time remaining in the semester as well as the challenges associated with running a by-election in such a short time frame, as primary reasons for this choice.

The next VP Social will likely not take office fully until the Winter semester. Despite this, Liu remains hopeful and optimistic that an adequate replacement will be found promptly, citing the large portfolio under the VP Social as being plentiful with potential candidates to take the position.

“I hope to have someone who is good at being both an event-planner and being good on council,” Liu explained. “But I’m sure the candidate will be qualified, because there’s such a vast pool from all of these committees.”