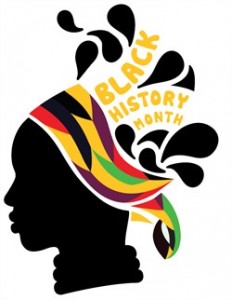 For as long as I can remember Black History Month has consisted of writing the obligatory two-paragraph biographies on famous black historical figures, and performing short skits about influential Black leaders like Rosa Parks or Dr. Martin Luther King. Now that we are in university, it’s high time we explore, in greater depth, the impressive range of Black history and culture that Montreal has to offer. With that said, here are just a few of the many events celebrating Black History this February in Montreal.

The Colour of Science: A Science and Art Mash-Up

Join Frederic M.N. Bertely, Vice-President of the Franklin Institute in Philadelphia, and McGill Art History Professor, Dr. Charmaine Nelson, as they explore the significance of science, technology, engineering, arts, and math (STEAM) in the black community. Admission is free.

Discourses of Race: Canada, the United States, and Transnational Anti-Blackness

This panel event, hosted by the McGill Debating Union, the McGill Black Students’ Network, the Women of Colour Collective at McGill Law School, Media @ McGill, and McGill’s Department of History, will present a unique discussion of the presence and history of anti-black racial discourse in Canada. Speakers include McGill professors, Dr. Charmaine Nelson and Rachel Zellars, as well as scholars Darryl Leroux of St. Mary’s University and Ta-Nehisi Coates of The Atlantic. The event is free for all McGill students and faculty.

In honor of the great Maya Angelou, this evening will feature spoken word, song, dance, and theatrical performances interpreting black resistance movements and achievements embodied in her poetry. The performances are presented by the Black Theatre Network. Admission is free with a five dollar suggested donation.

Where: Various locations (most showings are at Cinema du Parc)

As the only Black LGBT film festival in Canada this event features nine independent films that explore Black LGBT issues around the world. One film, Pelo Malo, tells the story of a young boy in Venezuela whose obsession with straightening his hair sends his mother into a homophobic panic. Another film, Global Gay, focuses on the universal fight to decriminalize homosexuality; a fight that UN Secretary General Ban Ki Moon and President Barack Obama have deemed “the final frontier in human rights.” The film takes a deep look at the seven UN member states where homosexuality is punishable by death, and the other 84 where physical punishment or imprisonment is warranted. For the complete selection and schedule of films as well as ticket information, visit http://www.massimadi.ca/en. Many of the showings are followed by a Q&A with the director.
Raconte-Moi Haïti et Montreal

This temporary exhibition combines a documentary, photographs, paintings, and an art installation to tell the stories of Haitians who emigrated to Montreal following the 2010 earthquake. The exhibit commemorates the lives of these immigrants and explores the issues of adaptation and cultural integration they continue to face. Regular admission is six dollars, and the student price is four dollars.

Content warning: violence, antisemitism, homophobia. I learnt about the death of Blaze Bernstein during the long, hot summer of…