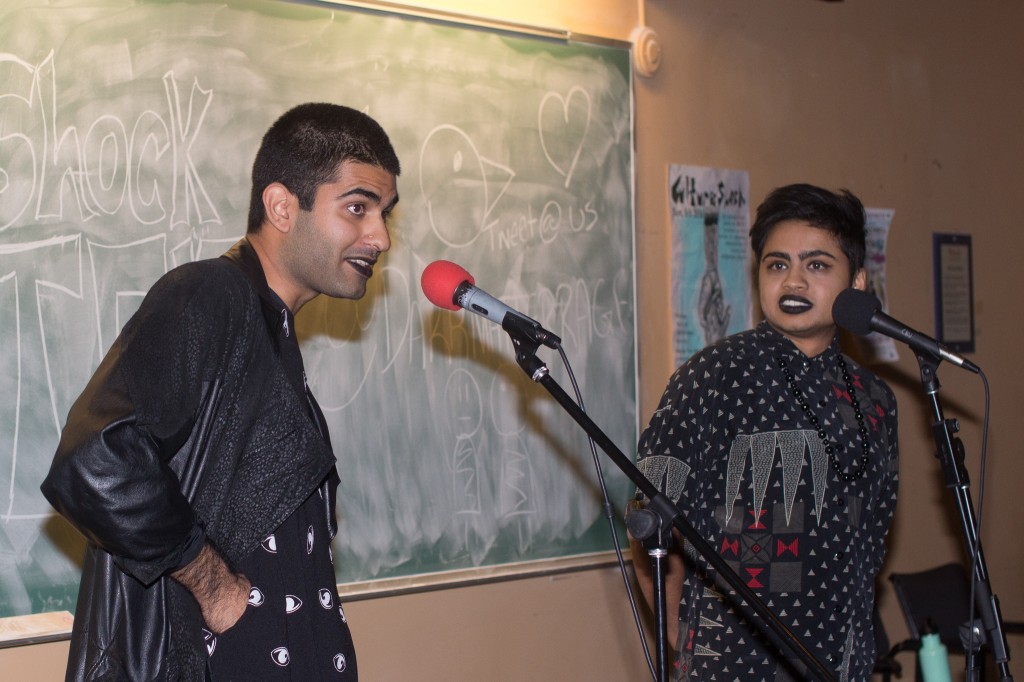 From November 5- 9 McGill hosted the annual event series Culture Shock. The event included a series of panels, workshops, screenings and fundraisers held on both the McGill campus and around Montreal. The event series, open to both students as well as the general public, offered free events intended to explore myths surrounding immigrants, refugees, indigenous peoples and communities of colour. Culture Shock is annually co-sponsored byQuebec Public Interest Research Group (QPIRG), McGill, SSMU and, for the first time, by McGill’s Social Equity and Diversity Education Office (SEDE).

QPIRG External Coordinator, Kira Page, explained the event; “the conversations are grounded by the attitude that these occurrences and issues need to be addressed and changed.” Page elaborate further, “It really aims to both create a space for people to share their experiences as well as to educate people in general about these issues in a way that allows them to discuss how to change them.”

A variety of presentation styles

Events that took place at the series this year ranged from discussions on Canadian decolonization to a film screening on race at McGill. One such discussion, titled Migrant Workers in Canada: Why Everyone Should Care, explored and highlighted experienced by temporary foreign workers  in Canada. The event aimed to educate the community on the plight of foreign workers though the personal experiences of individuals and an overview of the Temporary Foreign Workers program. The discussion emphasized solidarity and community action to improve the status of these workers. The workshop was hosted by  Immigrant Worker’s Center (IWC), the Temporary Agency Worker’s Association (TAWA) and the Temporary Foreign Worker’s Association (ATTET).

On the evening of November 7, Culture Shock presented its keynote spoken word duo DarkMatter. The Brooklyn-based pair is a transexual, South Asian and activist collaboration composed of Janani Balasubramanian and Alok Vaid-Menon. They have performed and facilitated workshops at universities, conferences, and organizations worldwide with their work featured in a variety of publication and media outlets.

In their performance titled “#ItGetsBitter”, mocking Dan’s Savage’s “#ItGetsBetter” campaign, they addressed topics including queerness, race, colonialism, gender, family, sexuality, and relationships in a poignant and creative manner. Vaid-Menon and Balasubramanian performed slam poetry both individually and together. During the show, audience members were encouraged to participate by snapping their fingers or moaning whenever they felt particularly moved. Their pieces ranged from deeply personal and critical to witty spins on nursery rhymes.

Before the show, Kai Cheng, a local queer and transgender youth activist,, welcomed the artists with a short original performance and encouraged the crowd to “not only give these artists our love, but to think critically about the kind of love that we give; to acknowledge not only the wisdom and power that flow through these two young people, but also the great ferocity that we have to share with them to feel the essence of their presence; not performance for consumption, but for the beginning of a relationship in the nature of mutual exchange of story and strength.”

“DarkMatter articulates and voices the experiences and specific traumas and struggles of people coming from migrant communities of colour, who have complicated relationships to colonization and class, who are queer, trans, or gender nonconforming,” said Pager. “They also forward an incredibly important and biting critique of mainstream LGBTQ movements, and the ways those movements are based in the interests of queers who are both white and wealthy, leaving so many people behind.”

“It was both educational and funny, although I think there hashtag #ItGetsBitter and their Twitter handle @DarkMatterRage both also speak to how a lot of their content is quite heavy and upsetting at times,” shared attendee Kareem Ibrahim, U2 International Development. “Not only was their performance super captivating and well-spoken, but they also were able to transmit very complex and underrepresented ideas in a seemingly effortless fashion, which blew me away.”

Following the performance explained U3 Political Science student Rarlene Ooto-Stubbs, “I thought it was really powerful and validating of thoughts I’ve had in the past – to hear people do understand it and to know they see eye to eye; that your experiences and what you’ve been thinking for so long are valid, and the reasons you have experienced violence, tragedy, or trauma are real. It’s unique, but they exist and other people share the same sentiment.”

When asked about hosting artistic and mind-opening events like the keynote talk in the future, Page responded, “Generally we try to make sure our events include a mix of artistic interventions along with other kinds of learning. Last year, we had a visual artist come for Culture Shock, and had a cabaret for Social Justice Days, and this year was more the poetry– so yes, we definitely intend to continue incorporating art and performance into our events!” 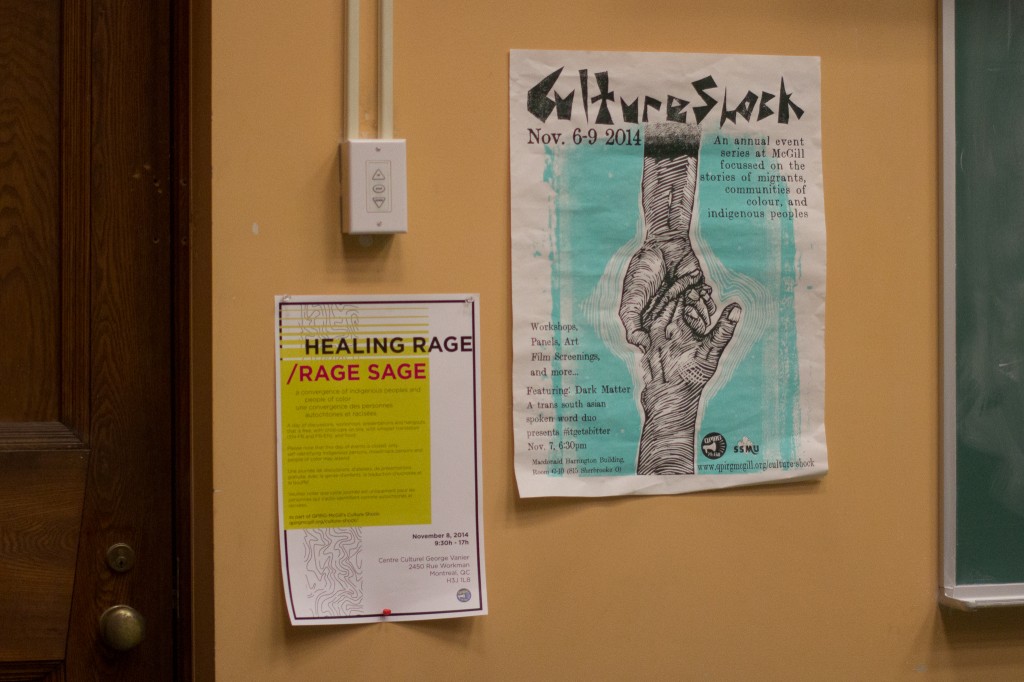 An accessible and eye-opening series

Cem Ertekin, U3 political science student and QPIRG volunteer agreed that the event series is an important platform to disseminate information and incite change. “Culture Shock events are important in realizing the certain social conditions surrounding us,” he explained. “As students at McGill we come from a position of socio-economic privilege and this is an opportunity to raise awareness of issues of problems that may be invisible to our eyes.”

Accessibility was another key focus of the Culture Shock event series. Coordinators put particular emphasis on ensuring that all of the Culture Shock events were accessible to community members regardless of physical or language barriers. All events were hosted in wheelchair accessible buildings. Additionally, organizers were sure to provide whisper translation between French and English or other languages, depending on the nature of the event. Finally, childcare was provided to attendees throughout the course of the week.

Ertekin felt that Culture Shock offered a unique space to discuss topics that are often left out of formal education, “The event recognized that there is a certain disconnect sometimes between academia and social life or society in general and tries to unite these two.”

On November 28, the SSMU Legislative Council held their last meeting of the semester, beginning with a presentation with Professor…