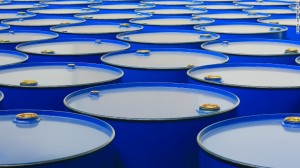 Hold on Black Friday shoppers, I think the real deals are coming from the oil industry this year. As we all know, the oil industry has taken a huge hit. Oil prices are currently $49.50, and have been falling since the summer of 2014. Consumers welcome this with open arms, especially Americans who are still struggling with little-to-no monetary inflation, and barely any wage inflation. Overseas, OPEC is still struggling to keep its market position by maintaining supply in an attempt to spur the recent boom in North American shale production. But, have we all neglected to think about who is benefitting the most from these discounts?

An entire industry in distress may seem disappointing for us as the American economy is in limbo and the EU is struggling to exit a recession, but what does this look like for financial buyers? Instead of seeing shambles, private equity (PE) firms and financial buyers are seeing money signs. Blackstone Group LP, the world’s largest alternative asset manager, recently announced that it is raising its first energy-focused credit fund. Evidently, private equity firms see the oil meltdown as an investment opportunity. Blackstone’s action reveals that the firm believes that these oil companies are undervalued, and that their worth will rise in the near future.

Most oil companies are hit hard by weak Balance Sheets – a result of of huge capital costs and lowered sales, causing earnings to take a beating. Even companies that sell everything from sand, to drilling rigs, to temporary housing, have been hurt. In other words, for private equity firms it’s time to pounce! Blackstone’s move is not surprising, especially considering other firms  such as the New York based Warburg Pincus, who launched a $4 billion energy fund in October, have already introduced new funds, .

What is not only essential, but also unique for private equity firms, is that they are well positioned to capitalize on these opportunities. In fact, they have wads of cash stashed for this purpose. These firms are thinking in the long term: they can raise huge amounts of capital if need be and then work on improving cash generation to provide a hefty return to their investors.

GSO Capital Partners LP, Blackstone’s credit investment arm, has quickly raised approximately $500 million to $1 billion through its existing investors by investing in debt securities in the energy sector. This fund leads the pack, which was entirely raised after oil prices fell by more than 50 percent. Apollo Global Management LLC in January also announced that it was raising a fund for less liquid products in the energy business.

However, this story is not new. While oil was booming and energy’s need for capital soared to meet the huge boom in demand, PE firms took swift action. They jumped at the opportunity to provide capital while they sat on the sidelines during the acquisition boom. According to Dealogic, in the past four years, buyout firms have made acquisitions of U.S. oil and gas companies with an enterprise value of more than $48 billion compared to $33 billion in the previous year. But, as demand and oil prices drop, these buyout firms are now facing substantial losses instead of the huge returns. For example, KKR, another American PE firm, is looking at billions of dollars of losses from their $7.2 billion investment in Samson – an oil and gas exploration and production company in Oklahoma.

Others have managed to come out unscathed and were even able to realize a long-awaited return for their investors. Apollo invested in Texas’ Athlon Energy in 2010, and received $2.6 billion in total proceeds when it sold its business to Encana  – a Canadian producer and transporter of oil and natural gas liquids — last year. Most of these firms, however, are taking a different approach. Instead of lending to firms in the oil business, they are investing in liquid energy credit markets. This is mainly because investing in a credit product with a high yield-to-maturity that in matures ten years – while oil prices recover in two or three years – equates to a return as high as 25 percent over that three-year timeframe.

Last December, PE firms in Canada followed this same trend: buyout firms were purchasing left and right in the Canadian oil industry. M&A was also on the rise; about $63 billion was deployed in December, which is about four times the value of deals in 2013. Analysts believe that this trend will continue as the discount in oil prices persists.

Overall, it seems that these half-off deals are a lot better than what any Black Friday shoppers saved this past winter season, and I don’t foresee any change until 2016.

I remember walking into the Bronfman building for the first time in 2009. It was, to say the least, overwhelming….