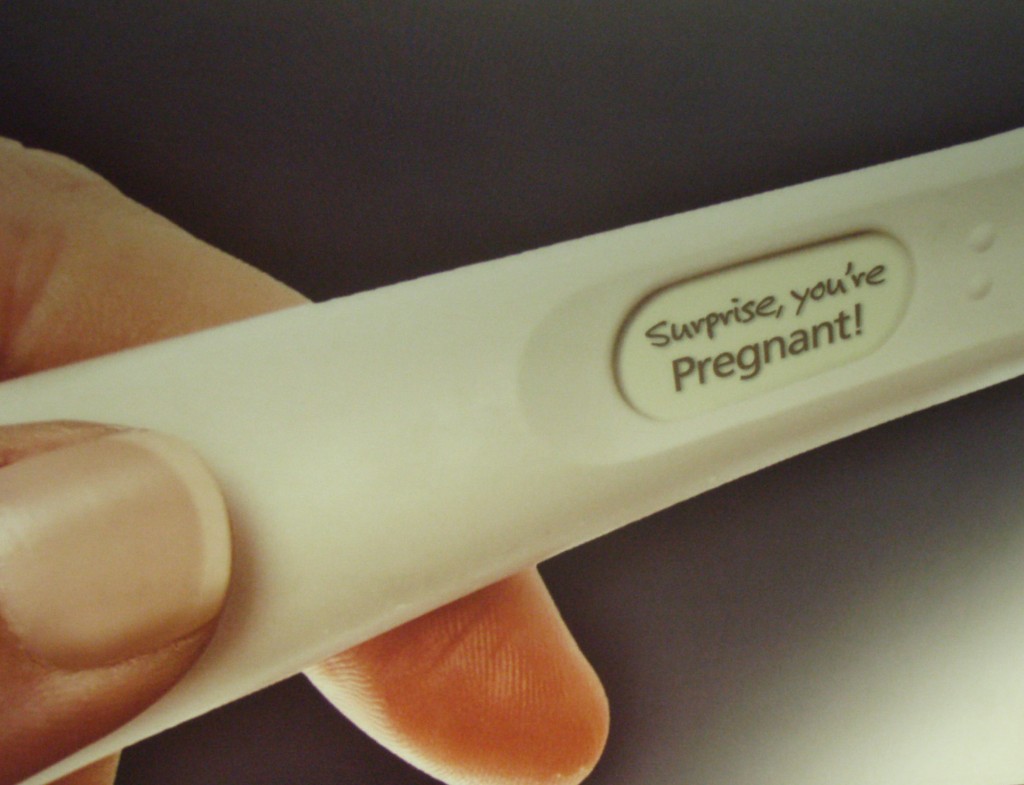 “So I peed on a stick this morning… we might have a problem.”

I woke up to a ringing phone a little over three weeks ago only to hear these words come out of a close friend’s mouth. We’d had hypothetical conversations about pregnancy before, but there’s always that split second of shock when you’re both left speechless and incredulous. For lack of a better option, I opted for the classic “f*#@!” response, which thankfully proved adequate considering the circumstance. I was too busy trying to discern whether this was a poorly humored prank or just an apocalyptic nightmare (yes, babies scare me more than the end of the world; no, I’m not an evil robot.)

As it turned out, it was neither. Instead, it was a regrettable case of the broken condom. And the icing on the cake? Well, my friend is one of those women for whom hormonal contraceptives do more harm than good.

At least now we knew why she had developed sudden cravings for greasy fries from Patati Patata.

To make matters worse, her boyfriend of eight months had suddenly vanished, as though hiding from a league of professional assassins. In his mind, this accident was a result of what he astutely deemed a failure on her part. Despite the inherent logic of his assumption, science states otherwise: his swimmers were just as responsible as her egg. And let’s face it: when a rubber self-destructs, guys have a better chance of noticing it than we do.

If I took anything away from this version 2.0 of Sophie’s Choice – with a twist ending, of course – it was two things:

As most methods of birth-control involve the female, I’m not saying that we shouldn’t play our part; I’m just saying it ought to be a joint effort. Pointing fingers and placing blame after shit hits the fan just sucks.

I’ve faced the “male expectation” myself with a couple of partners over the years, and in some cases it has been extremely problematic. Once men abandon condoms (i.e. because their ex had it “covered”), they tend to develop a reluctance to go back. “I hate these things. I can’t feel a thing,” is usually cited as the main reason why latex shouldn’t be used during intercourse, especially once exclusivity status has been attained.

I’ll be the first to admit that those arguments are perfectly valid if both parties have been tested for STIs. However, it seems guys are sometimes unable to conceptualize the implications of such a request the same way we do.

At this point, I’m still not sure if it’s a case of can’t or won’t.

What men sometimes fail to realize is that if and when they pressure women into opting for an alternative to condoms, they are making a claim over the control of our bodies. Agreeing with our partners to remove raincoats from the safety equation implies that women accept the entire burden of ensuring effective contraception, either by using the pill, the patch, the ring, the injection or the intrauterine device; all of which involve artificially modifying our hormone levels or relying on foreign objects to prevent pregnancy. In some cases, surgery that can cause heavy bleeding is required, thus placing an added burden on the woman as the “responsible one.” Furthermore, some forms of contraception can actually make it harder for women to get pregnant – a “bonus” complication, if you will.

The truly upsetting part, however, is that in the rare cases when these methods fail – ‘cause you know, life happens – women can be seen as incompetent or malicious. Case in point: my friend, who was told to “get rid of it” by the father via text. Naturally, after that he felt he’d exonerated himself from any further implication. Though it’s important to specify that he’s a classic example of a jerk – and I don’t think all men react that way – it still does happen.

Now, what if men were blessed with a new form of contraception that prevented them from having to use the dreaded condom?

If you’ve checked your newsfeed at least once between refreshing Minerva during Add/Drop, you must’ve seen the many articles announcing a new male contraceptive is currently in the works. Essentially, Vasalgel is a polymer gel that is inserted into the vas deferens, thus blocking the sperm. The main difference between this and a vasectomy is that it’s reversible seeing as it doesn’t cut the sperm-transporting vessel. Though it’s far from being ready for the market – give it the average 10-12 years new drugs take to reach the market – this announcement is still something of a game-changer.

Guys, get ready for a nagging yet totally exciting new level of responsibility!

Because I do realize this will require a change in how the responsibility of contraception is perceived, I shall simply say yay for greater equality. Hopefully, I’m not being idealistic in believing that most men will gladly comply to avoid becoming an unwanted baby daddy.

I concede that it will seem odd at first, but, as humans, one of our finer qualities is our ability to evolve. Therefore, diversifying contraception methods even further can only be beneficial. That being said, until and even after Vasalgel becomes a marketable reality, I beg you, boys and girls, to remain careful and considerate in the event of an unplanned foetus apparition.

And a final piece of friendly advice for the men out there: be aware. Make sure you know what kind of contraception is being used, and consider learning about how it actually works. Even if it’s only to better understand the woman by your side, it’s important. You never know, she may have been on the pill since adolescence or perhaps is considering it for the first time in her life because she thinks you’re that special.

Behold! Your futures are officially predicted with these McGill specific November Horoscopes. I’ve looked into my crystal ball (the internet)…