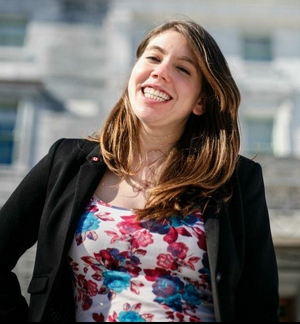 I’m currently in my U3 year studying Honours Political Science with a Canadian Ethnic and Racial Studies Minor. I was born in Israel, grew up in the states, and have been living in Montreal since midway through high school.  I’ve spent most of my time in Montreal living in the awesome neighbourhood of NDG but now reside in the food haven of the Shaughnessy village (you may know it as the Concordia area). My academic and social activism interests include immigration, refugee issues, and female representation in government. I enjoy cooking and baking (or eating?), biking, hiking, watching sports and traveling.

Making the decision to get involved at McGill has been life changing for me! The endless opportunities provided by our student associations have been a great way to apply classroom teaching and develop skills that I never would have otherwise. I hope students take the opportunity to go beyond voting this election period and really engage with our student association. That being said, have you been to ssmu.simplyvoting.com yet?

My focus is on how individual students interact with institutions and groups outside of SSMU and the University. As such I will:

What are the successes and failures of this year’s SSMU and what would you have done differently?

From speaking with many of my peers and my own experience, I have found that students feel very disconnected from their student association. SSMU is seen as an organization that is irrelevant to their overall experience as a student and this needs to change. If students even knew what Taceq was, very few knew how what happened within the federation was relevant to their lives. By focusing on the individual student experience I hope to better connect to students and show why what happens in SSMU should matter to them. Especially with the upcoming rise in fees collected by SSMU, there has to be more accountability in what happens in SSMU, especially in the External portfolio.

I think there has been a lack in events under the VP External portfolio. In my time at McGill planning events in VP Internal capacities, I have learned that this is really the best way to reach students. Even the most engaged students do not have the time to engage with all the information that they are bombarded with through email and facebook. By holding events, it is easier to captivate students and understand what they want to see from SSMU.

I think SSMU has also greatly failed in education on equity. Equity is supposed to be about educating students about inequalities in our society and engaging in regular discourse about what equity actually is and how it changes. While certain behavior should not be tolerated by SSMU if it conflicts with its mandate, this cannot be done without educating its constitutions as to why certain steps are being taken.

What are some key issues you foresee SSMU having to address next year?

Absentee landlords are a growing problem in the Milton-Parc area which I believe can cause unnecessary stress and hinder a student’s ability to succeed in their time at McGill. Empowering students to deal with these problems is a great way that SSMU can make itself resourceful and relevant to students.

With provincial elections on April 7th, the future of English institutions is very up in the air. If the election results have a negative impact on Anglophone institutions and Anglophone students SSMU must act. The Charter of Values may also have very disastrous effects on staff and students at McGill. In responding to these issues, SSMU must look at federation with other universities to oppose the provincial government. Additionally, municipal policy can act as a protection to federal and provincial legislation which is another option for SSMU to explore.

Additionally, SSMU and faculty associations have been working vigorously in recent years to improve equity and safety at Frosh. A challenge for SSMU next year will be to build on these initiatives while addressing the issue that terms such as equity and microaggression have become dirty word for many of its constituents. 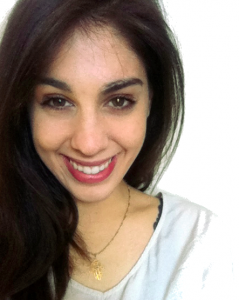 My name is Amina Moustaqim-Barrette and I’m a U3 Arts & Science student majoring in Cognitive Science and minoring in African Studies. Though I grew up partly in Quebec City and partly in Toronto, and still travel often between these two cities, Montreal is home. In my spare time I like to run or walk at obscure hours of the night. I also just began fostering a lovely kitty named Kimo- kind of a cute name when pronounced in French but really bad if you say it in English.

My platform focuses on a representing student priorities and interests in the wider Montreal and Quebec community. Here are some of the aspects I hope to implement as External:

For the first two years of my McGill career, I worked (a lot) in a neurobiology lab up at the Montreal Neurological Insttiute. After about a year there, I was promoted to being lab manager, where I oversaw the work of other members and the overall functioning of the lab. This position provided me with invaluable leadership, conflict resolution, and organizational skills.

After becoming involved with SSMU political campaigns about two years ago, I decided to follow my passion, quit my lab job, and join SSMU as the Campaigns Coordinator. In this position, I have worked closely with this year’s VP External and have become very well acquainted with the External portfolio. I am also fully bilingual, which I believe is an essential qualification for the External position.

What are the successes and failures of this year’s SSMU and what would you have done differently?

SSMU has had an extremely successful and busy year- from frosh, to approving a new constitution to signing the lease of the SSMU building, to working out an effective budget. In regards to the external portfolio, we have launched two new political campaigns in the last year, as well as continued out work in building relationships in the Milton-Parc community. One of the failures from this year was low student participation and interest in SSMU GAs and council decisions. One point of my platform, which could be applied to all executives, is to use social media gage student interest and opinions about SSMU operations. This is far easier for students than attending GA’s or reading through council minutes, and I think can be an extremely effective way to increase student participation.

What are some key issues you foresee SSMU having to address next year? With municipal elections

With many forecasting a PQ majority during the April 7th election, this is a critical time in regards to McGill’s place within provincial politics. As one of the few Anglophone universities, I believe that SSMU will have to defend its constituents’ interests now more than ever, and there is little time to waste. A large point of interest is the recently released provincial budget, which fails to prioritize post-secondary education and the quality of our universities. As VP External, I plan to form a coalition with the other Montreal universities to effectively represent SSMU’s interests at the provincial level.

What is The Bull & Bear?