The role of women in the workplace is constantly improving, with the number of women employed in Canada having more than doubled since 1976. However, gender gaps still exist in leadership and research, fields where equal representation is needed. Whereas women constitute 50.4 percent of the Canadian population, women hold only 37 percent of management positions and 25 percent of parliament seats.

Recognizing this trend, a number of groups at McGill have emerged whose primary goal is to encourage young women to pursue career opportunities any profession.

In 2013, Chief Operating Officer of Facebook, Sheryl Sandberg, wrote a book entitled Lean-In, addressing the reasons behind these low statistics. While many societal reasons can explain the low employment of women in leadership positions, Sandberg focuses on the hesitancy women have in pursuing these opportunities due to the lack of available support networks and deeply imbedded inferiority complexes.

“Women do have a fear of ‘leaning-in.’ For me it’s normal and it’s good to have groups that promote the ‘we can do it’ attitude,” explained the president of Promoting Women in Engineering (POWE), Stéphanie Breton.

Providing an Opportunity Where Underrepresented

Both at McGill, and in the workforce, gender disparity is most apparent in STEM fields – particularly engineering. Women represent 26.5 percent of the McGill Faculty of Engineering population, and 22.3 percent of Canadians employed in engineering, sciences, and mathematics.

Promoting Opportunities for Women in Engineering (POWE) was created at McGill 20 years ago to address this lack of representation by encouraging young girls to consider pursuing a career in engineering by connecting aspiring women engineers at McGill to professional opportunities.

Breton stressed that it is important to strive for equality in engineering because engineers are an integral part of shaping the modern world. “Engineers build most if not everything we use, so if you only get half the population to design stuff that everyone uses, something will be missing there,” expressed Breton.

POWE runs a variety of community outreach programs in Montreal, including a visit day for high school girls aimed at removing the stigmatization surrounding women and engineering. “The reason why there are not enough women in engineering is mainly because of stereotypes. If you look at the workplace, there are less women than men. To change this, you need to have women at the top who are role models for those who are younger,” Breton elaborated. 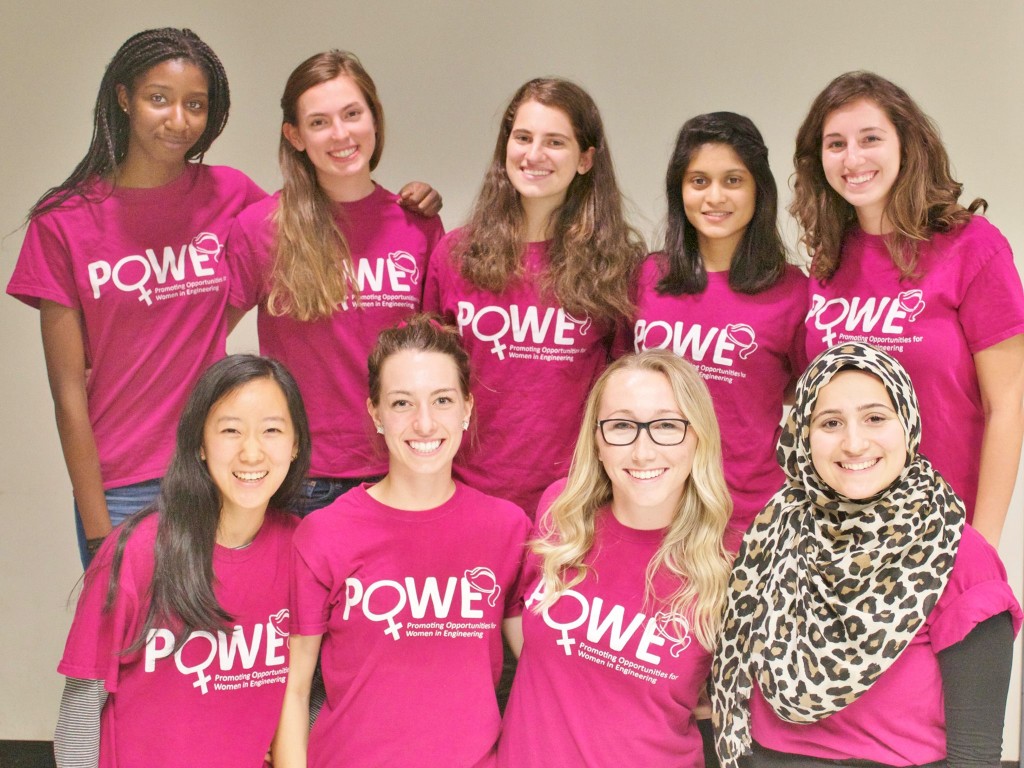 Implications for Women in STEM

physician authors of original papers has significantly increased from 5.9 percent to 29.3 percent.

While there is an upward trend, the statistics on publications still do not represent the proportion of women entering these fields. Experts have questioned whether or not this reflects a bias in who gets accepted for publication. If this bias is based on gender, this means that women occupy proportionally fewer research positions and submit proportionally less original work. If this is true, women are disadvantaged because of the job environment, not because of their qualifications.

While women are relatively underrepresented in science and technology they are over represented in “caring” fields such as homemaking, advising, nursing, and counseling. All Faculty of Arts advisors (not counting departmental advisors) at McGill are women.

“Emotional labour is what advisors and student support workers do,” shared Claire Michaela, the Departmental Advisor for Sexuality, Gender, and Women’s Studies. “It’s amazing when I go to meetings – women do almost all the emotional labour.”

Women’s groups on campus use compassion to create comfort and community among their members. “You really get a sense of community here at DWIB. When I went into the club everyone was so close and supportive, we just support our members to do the best they can,” explained VP Communications of DWIB Marianne Liu.

Breton also had a similar experience when she first joined POWE: “Sure, I need friends to do homework with and go to classes with, but there are certain things that I can talk about with the girls on POWE that I would not always talk about with my other engineering friends.”

Linking Women to the Professional World 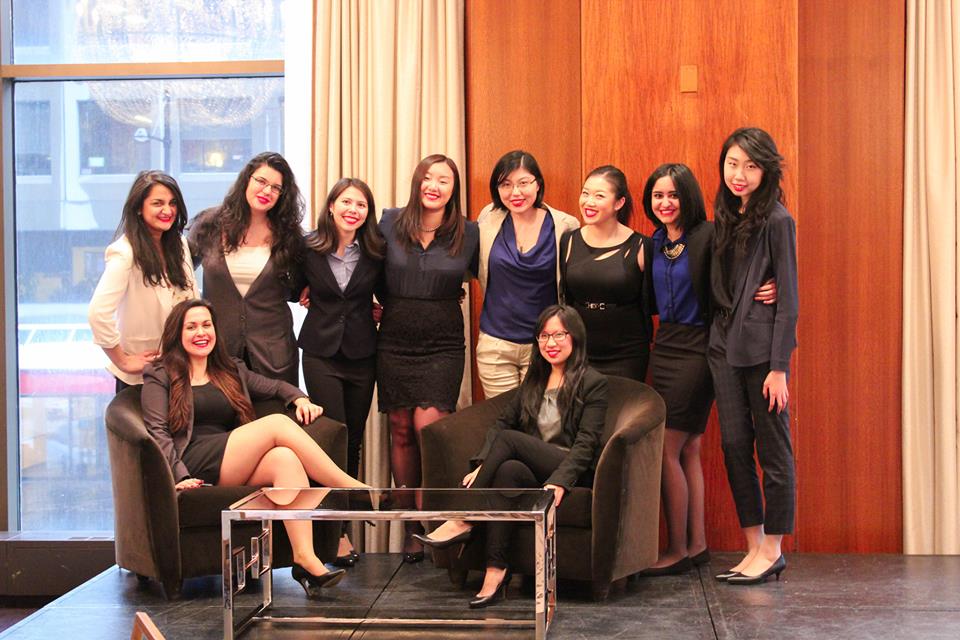 “The more you research it, the more you realize it is something we need. A lot of people wouldn’t call themselves a feminist, but I think a lot of people in our generation don’t like the word because they often don’t understand it,” expressed Kratsios.

Bringing feminism to the workplace not only encourages women to achieve but also to receive equal pay for their work. According to Statistics Canada, as of 2011, Canadian women still make only 87 cents for a man’s dollar. This pay gap carries over across fields and exists even at McGill.

In 2014, the Quebec Pay Equity Act was enacted to address gender-wage gaps within the province. In accordance with Quebec law, McGill effectively covered back pay and raised wages for 2,100 employees in an attempt to equalize pay between female-dominated and male-dominated positions. This initiative included present and past employees, and resulted in large checks for underpaid tenured positions. 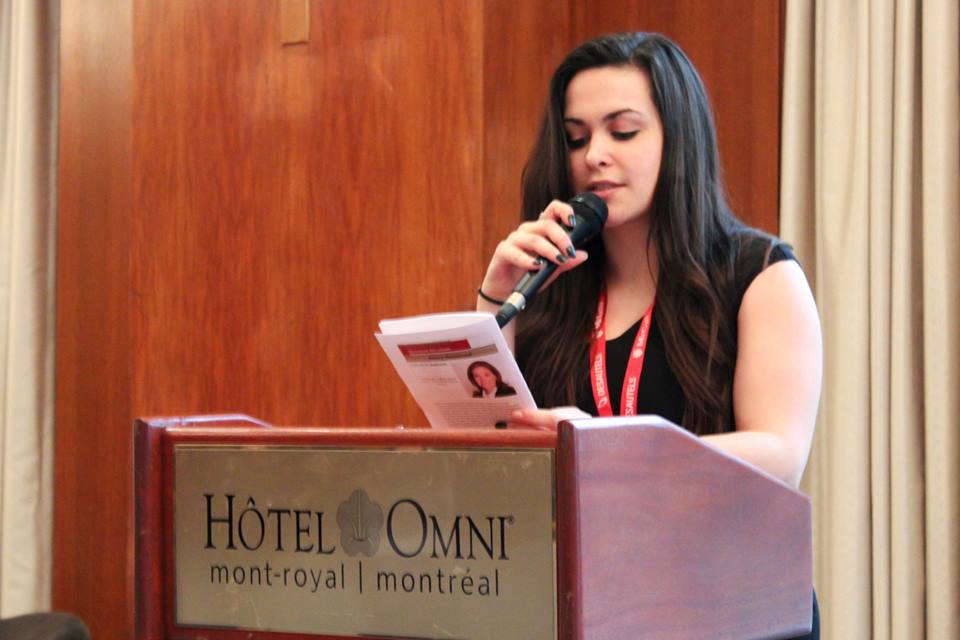 DWIB aims to expose women to professional opportunities in business through their annual conference and other similar speaker events. The speakers, women from top firms such as the Canadian Pension Plan Investment Board (CPPIB), help convince women students that they can have both a career, and a family.

“It’s funny when you have a woman speaker, the first question that is asked is how do you  achieve a work-life balance. How often do you find a man being asked that question? Almost never. From interacting with the speakers I learned that you don’t have to give one up – you can do both, and I think it is a common misconception that you can’t,” elaborated Kratsios.

The number of working mothers has also increased significantly. From 1976 to 2009, the percentage of women employed with a child less than three-years-old increased from 27.6 percent to 64.4 percent. This can be attributed to many factors, such as improved business practices and increased accessibility of childcare services. Improved legislation requiring businesses to provide paid maternity leave also eases the pressure on women to leave work once they have a baby.

However, obstacles still do exist for working mothers. More women than men work part-time, with childcare cited as the

number one reason to work shortened days. Also, men do not receive the same amount of paid leave as women, increasing the pressure on women to be the primary care provider.

McGill Women in Leadership (MWIL), unlike other female professional clubs on campus, does not focus on a specific field but aims to guide women towards any field they desire. By providing career advising and mentorship, the club hopes to serve as an umbrella group to connect McGill women to other clubs and opportunities around campus.

“I think at university you feel as if you are in a bubble. The real world is pretty big. We’re trying to build connections as women and girls have a harder time finding opportunities because there aren’t always role models in the field they are looking at,” explained Co-President Erica Pederson.

Founded in the 2013-2014 school year, MWIL has experienced massive growth due to campaigns such as the McGill Women of the Week photo series, in which women leaders around campus are nominated and then photographed for the page. The club’s VP Communications Victoria Sung explained that initiatives such as this have helped the club reach out to students in all faculties, even in smaller ones such as the Faculty of Architecture. 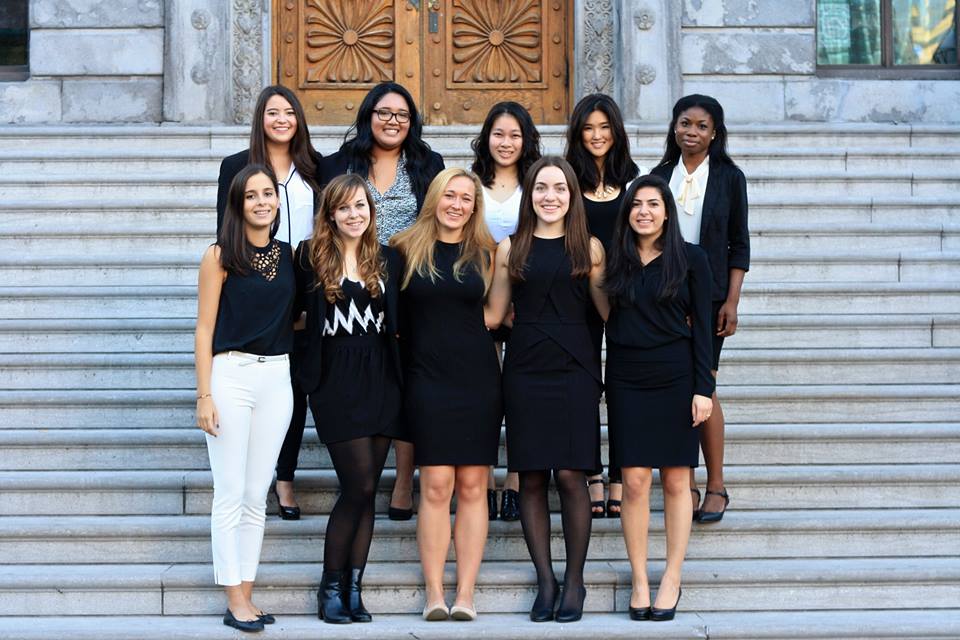 Both MWIL and DWIB are currently planning their annual conferences for the year to be held on February 20 and March 15, respectively. The events will both hold networking events and speaker panels for delegates to participate in. DWIB will also be launching their mobile application this semester, which is aimed at connecting members to specific job opportunities in business.

Women’s groups on campus are not exclusive to females. Many strive to include both men and women in their clubs, offering networking events for both genders. Co-President of DWIB Amandine Roche explained, “We cater our events not only for women, but for men as well. If they are interested in coming to our events, men are more than welcome to join us.”

POWE also strives to include both men and women in their events by collaborating with co-ed groups such as Engineers Without Borders. DWIB and POWE are currently involved in planning events to support the current #HeforShe campaign to further widen the dialogue of women in professional fields to both genders.

#HeforShe is a solidarity movement for gender equality launched by UN Women. The campaign hopes to frame equity as a human rights issue, not just one of gender, by encouraging men to “commit to take action against all forms of violence and discrimination faced by women and girls.” As of January 12, 960 Canadian men have signed the pledge, joining over 205,264 signatories around the world.

Breton stressed the importance of encouraging these dialogues, and for reaching equality. “When you have a mixed team, that is when you have the best results. Therefore, it really makes sense that in every field you strive to have half and half.”