Lubendo emphasized his atypical background as SSMU Services Representative and a U2 Industrial Relations major, claiming that these experiences will offer him a fresh perspective on the MUS presidency. He said that he is “unlike any previous MUS president.” He elaborated that he is not running “to put something on his CV” but rather because he is passionate about Desautels and improving the Management faculty for current students. His platform rests on three tenets. Firstly, welcoming and building a strong relationship with the new dean once he or she is selected. He envisions the dean as someone with either a strong business or administrative background who is comfortable working around budgetary restrictions, and also as someone who understands the skills management students will need when they enter the workforce. Second on his platform is developing a Vision 2020 plan to guide the MUS over the next five years, giving specific attention to creating an alumni board and improving alumni relations, improving the current recruitment system, and sustaining the MUS financial surplus. Finally, Lubendo promised to increase student engagement within the MUS and Desautels at large. Lubendo stated that when he appoints VPs, he will seek out individuals who have both a strong understanding of the challenges facing students and a strong background in their given portfolios.

Former Concordia student Yassine is in his first year at McGill and his fifth year in Montreal. Chaabi shortened his platform to the acronym PAPA: personal, academic, professional, accessible. Chaabi emphasized the need to increase student involvement by promoting a work-life balance. He hopes to reach out to first years and offer workshops to help students develop the skills necessary to manage academic life and extracurriculars. Chaabi has previously served as the Sponsorship Director of the International Management Association (IMA). Chaabi repeatedly emphasized that the MUS should create an environment in which students feel welcome and free to engage with their education both theoretically and in practice. To promote such practical opportunities he stated that he wants to make case competition classes more accessible by generating more interest, particularly among first years, and creating more class sections. He hopes that the MUS can create a familial environment in Management so students can view their student association as a “big brother” who will address their concerns. 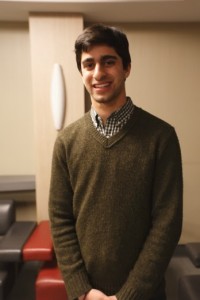 Sanon is the current Management Representative to SSMU. His platform is based on his previous experience in Senate, claiming that his pre-existing knowledge of McGill’s bureaucracy, as well as the workings of senate sub-committees, will aid his work in the 2015-2016 academic year, giving him an advantage in representing Management students. He claims that he will advocate for student interests by making himself available to the students body and being receptive to their input. Similarly, he promised to improve lines of communication between himself, the MUS VP Academic, the MUS president, and students, to encourage transparency and accountability. This is not only to improve the student experience but also to increase Management students’ understanding of senate and its importance. 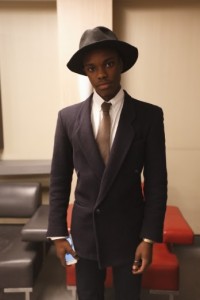 Running for U2 rep, Thelot discussed his previous executive posts at his CEGEP and his experience organizing a fashion show.  As U2 representative he hopes to “focus on the future”. His campaign platform focuses on “responsibility, reliability, and purpose.” He attempted to strike a chord with the audience through a string of heartfelt affirmations, “I will be there for you…You can count on me…There are a million ways to help people,” and “it’s not about me, or you, it’s about us.” 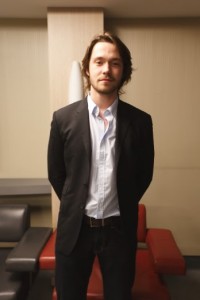 Perron brings extensive leadership and student representation experience, having served as co-chair of the MUS First-Year Involvement Team and student representative to his CEGEP’s board of directors. Perron believes that a good student representative stands by three values: communication, action, and accountability. From these three values, Perron builds his two-pronged platform. First, to improve communication between the MUS and students, stating that he wishes to establish two-way communication between the student body and the MUS Board and Executive. His second pillar is to tackle key issues and support important endeavours in the U2 year, as he believes it is a crucial year where many “people go on exchange… gain key positions on executive committees in various clubs… and gain internships.” 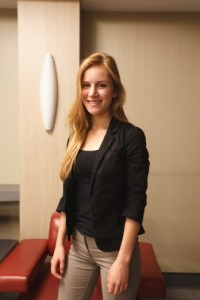 The outgoing U2 rep, Prins is running unopposed for the U3 Representative position. Prins hopes to maximize transparency by expanding the MUS website, offering office hours, and using social media to inform students about the MUS and its initiatives. Prins promised to improve efficiency by redesigning the involvement package as well as the internship resources. Finally, Prins claims that she will promote an environment in which creativity is encouraged, hoping that she can be a part of new initiatives and ideas that will positively impact the Desautels student body. When asked what campaign promises she had fulfilled as U2 Representative Prins cited her focus on communication and emphasized how her previous experience on the board will help her to overcome the “learning curve,” allowing her to better enact policy and represent the interests of U3 students.

Pervez brings previous experience working as a financial consultant for the MUS Finance Portfolio and as a member of the MUS Audit and MUS Finance committees. Pervez has also been involved in overseeing the MUS operating budget. He believes his platform “represents all the current issues that face the MUS and its lack of collaboration with the school” and also believes that “information is opportunity.” The first thing he would like to do as SSMU rep is to ensure that the SSMU funding committee increase their financial accountability and “ensure that management students requiring financial assistance are approved.” Perez explained that he “would like to formalize a system between SSMU and the MUS that ensures collaboration.”

Francioli served in the Swiss military before coming to McGill making him older than many of his peers. He stated “first years coming here don’t have a clue, they just live in residences, go out, study a bit, and just don’t get involved… and they don’t know about SSMU.” Furthermore, he believes that “the only people in this building that get involved, were on the First Year Involvement Team.” By joining SSMU as a Management Representative next year, he hopes overcome hurdles to student involvement and encourage students to engage with their faculty as well as McGill at large. He thinks that it is unfortunate that Management students are not as involved in SSMU, as “we have a voice to share as well.”

In addition to electing board members of the MUS, students will also be voting on two referendums. The Student Space Improvement fund is a three year $40 fee levied to create study and work spaces for BCom students, particularly space that will become available in the Bronfman Building as the Desautels MBA program expands into the bookstore. The second referendum would levy MUS fees and fees associated with the Management Student Development Fund on part-time students taking less than nine credits.

2/5/2015 – Upon request Meagan Prins’ profile was updated to include her previous work on communication and transparency as U2 rep.

In 2013, Elon Musk published a paper unveiling the technological foundations for a new method of transportation: the hyperloop. Since…