Following months of backroom discussions, the Management Undergraduate Society (MUS) has announced the signing of Chipotle Grill as the new student cafeteria in the Bronfman Building. The surprise announcement follows news of the terminating lease of incumbent restaurant chain Sinfully Asian that had previously occupied the space.

After a period of polling that collected a wide number of student inputs and suggestions, including a popular Facebook group Students For Chipotle, the MUS conducted extensive consultations with franchise representatives from Chipotle Grill as well as McGill University administration officials. “It was certainly not an easy decision, but it was something we felt best served student interests and appetites,” said outgoing MUS President Jean LaPresse.

Based on financial statements acquired from the VP Finance, The Beef & Beans has found that the MUS conducted third-party focus groups and analytics services to determine the net benefit of having the first Chipotle Grill location in Quebec in Bronfman Building, including criteria such as walking distance for students from other faculties, break-even pricing, and nutritional values. VP Finance Ismail Jafari commented, “since it’s not every year we get to change a campus food provider, we wanted to ensure we were making the best decision on all fronts. That included ensuring a healthy and balanced meal at affordable prices.”

In a report submitted by the MUS, a number of high profile contenders competed for the lease in Bronfman 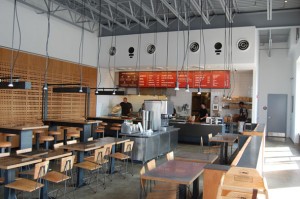 Building, including local franchise St-Hubert BBQ, A&W (that instead chose to open a location on Rue University), and American chain White Castle. Franchises held company presentations over the winter break and provided blueprint designs for the location. Designs ranged from a more open-spaced area that could seat up to 100 students to vintage, diner-style booths. Though yet to be finalized, the Chipotle Grill will take a more standardized ambience to its other locations.

Given the lack of Chipotle Grill locations in Quebec, special consideration had to be given to Quebec language and commerce laws before a new lease could be signed. The Charter of the French Language, commonly known as Bill 101, requires that all menu items be listed in French and that the Chipotle Grill sign be translated to Rôtisserie Chipotle. The Quebec government has issued a Class B probationary business operating license, that stipulated random language officer inspections in addition to the monthly health and safety inspections for at least one academic year.

Though yet to release a formal press release, Chipotle Grill appears set to offer the standard range of menu items including burritos, burrito bowls, and tacos. Prices are estimated to range between $5 and $10. Specifically, Chipotle is said to be pricing relative to The Nest, McGill’s new student run cafe that opened this year. The franchise is rumoured to be aiming to put the cafe out of business by the end of the 2014-2015 academic year. 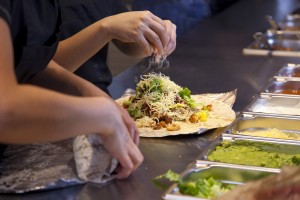 Stemming from widespread student support, part of the lease agreement will include a required disclosure of ingredients and nutritional values for all products offered in consideration of a large number of food allergies and intolerances. U3 International Business student Patrick Harris expressed relief over the news, “As a student with a mild gluten intolerance, I couldn’t afford to risk eating at Sinfully Asian – the staff never could tell me what was exactly in the food. $11 for a meal of rice and beef, and they can’t even tell me what’s in it.” Given that Chipotle does not offer a breakfast menu, the MUS has agreed to expand operations of the student-run Dave’s Store to include a number of breakfast items that can be bought from the store such as pastries, cereals, and coffee.

Student opinion had been overwhelmingly positive towards the idea of a Chipotle Grill location on campus. The Facebook group in support of the move reached well over one thousand members, with largely supportive messages being posted. “I have to say, I didn’t seriously consider Chipotle at first,” admitted LaPresse. “However, after the initial wave subsided, we [the MUS] decided to take a serious look at the possibility. Luckily, things appear to have lined up nicely for all of us and I’m glad we can offer something so positive to students.”

The chain has taken into consideration infamously long construction periods in the city of Montreal and is expected to begin work on the new location early in May. Work is expected to finish late August with the grand opening to take place on the first day of school.

Dear Members of the McGill Community, We feel obligated to address this open letter to you as we believe there…