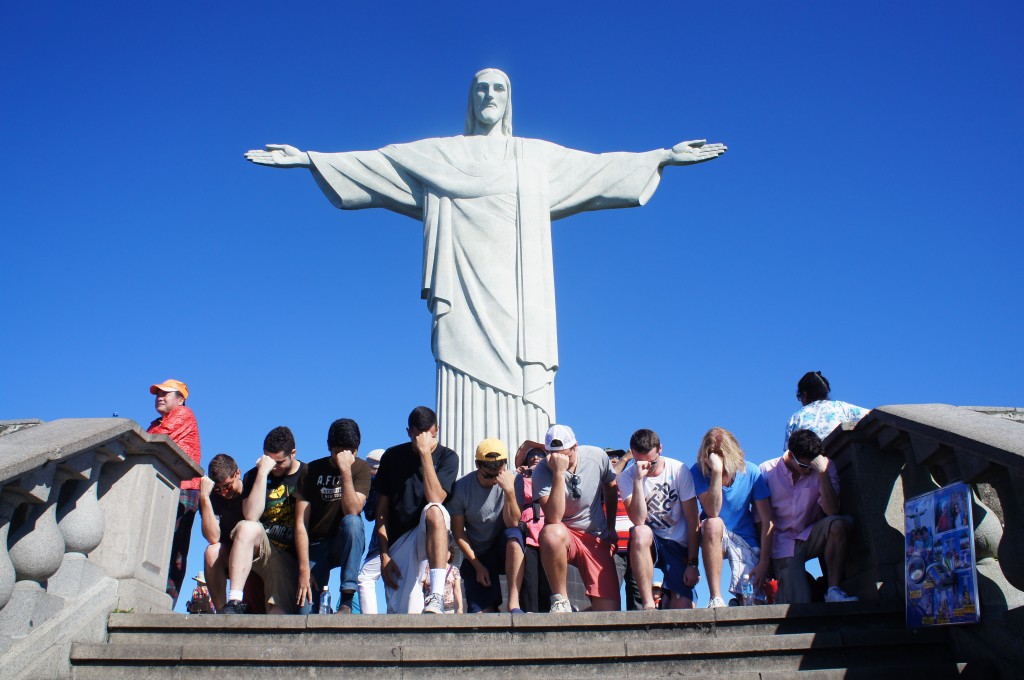 Twelve months ago, I sat at my computer, wedged between a marketing textbook to my left, and a “Brazil: Study Abroad” information sheet to my right. Pursuing a concentration in International Business, the opportunity of traveling to Latin America, one of the fastest growing economies in the world, intrigued me. Not only would the program allow me to meet new people, come in contact with a new culture, and broaden my social network across borders, but it was an opportunity to learn first-hand about business abroad. I took the leap: I enrolled in the program, booked a plane ticket, and embarked on one of the greatest adventures of my McGill career.

To date, Brazil is South America’s economic powerhouse flourishing with its rich mineral wealth, continued political stability, and vast market opportunity with a population of 194 million. Its unofficial capital, São Paulo, is the 10th richest city in the world, with 40 million inhabitants and one of the world’s largest trading centers. The opportunities for business are endless. Students at our partner university, ESPM in São Paulo, informed us that the Brazilian market has the most smartphone-based social media applications. This trend provides an opportunity to businesses and entrepreneurs to create a multitude of electronic and technological advances. The Brazilian entrepreneurs pride themselves on a close relationship with their partners, stressing the importance of relationship over hierarchy.

Having visited both local and international businesses such as Unilever and Natura (a South American cosmetics firm), we were able to understand the needs of the Brazilian market, the attention to detail international firms pay to adhere to the population’s standards, and the differences in products and services offered abroad. Specifically, Natura emphasized the importance of corporate social responsibility and attention to the environment. The factory rests on acres of green space, provides workers with meals made with local ingredients as well as offers an array of social services, such as daycares. These services are a response to growing poverty and social equality issues that are increasingly prevalent in this thriving economy.

During our first week in São Paulo, we attended a series of seminars and one-on-one discussions with leaders of Brazilian-based businesses such as Darling Lingerie and the Deputy Governor of the Central Bank of Brazil, Dr. Luiz Awazu Pereira da Silva. We learned the importance of Brazil’s role in an international playing field and understood its relationship with Canada in a business context. Canadian exports to Brazil were $2.6 billion in 2012, which included fertilizers, mineral fuels, and oils. These products help grow the agricultural segment of the Brazilian market and their export makes Canada Brazil’s 11th largest merchandise trading partner.

Conversations with the Canadian Consulate General in São Paulo allowed us to explore the advantages of doing business in Latin America. In fact, the Consulate General emphasized that Brazil was not “just another BRIC in the wall,” referencing its role as one of the five major emerging national economies characterized by rapid and impressive growth. We were amazed to learn about the Brazilian government’s dedication to deliver programs and benefits to the 40 million Brazilians that are living on less than $2 a day. For example, the “bolsa-escola” program provides cash to families with young children for sending their children to school as well as the “bolsa-alimentacao,” which is a subsidy provided to poor pregnant and nursing mothers.

Beyond the program’s formal structure, the friendships formed with Brazilian classmates and professors enriched our time abroad. Spending time with locals, we were able to experience the culture and city in a way most tourists could not. Whether it’s finding the best restaurants or planning a trip to see a soccer game with the talented and famous Neymar, our Brazilian “familia” made us feel as if they would be incomplete without our presence.  One of my fondest memories was travelling from São Paulo to Rio de Janeiro by bus, and stopping at a beach town, Ubatuba, along the way. As we dined together in a small local restaurant, with hardly any English-speaking staff, the warmth and friendliness of the owners filled the space. During our stay, our friends from São Paulo messaged us constantly, asking us if we arrived safely and if our stay was still going smoothly. They were proud to have us in their country, eager to show us the ropes, making us feel like a local in a place so far from home.

The Devastating Economic, Political and Social Consequences of an Alcohol Shortage The end of the world is near. Forget a…