The print version of this article stated: Julia Riscaldino disagreed, stating: “employers are always looking on LinkedIn, and a student who refuses to join social media will miss out on opportunities for employment.” This has since been corrected to say: “While Riscaldino agrees that there are other ways to find a job, she insisted that students should not discount the importance of LinkedIn.” In addition, CAPs does not review students’ Facebook profiles. We apologize for the change in meaning.

The beginning of the term is filled with a lot of parties – Igloofest, Science Games, and Carnival all provide students numerous chances to party before school kicks into gear. The beginning of term is also a time many students are faced with the arduous task of revising their CVs and researching internship and job opportunities for summer break.

As students look for job opportunities, pictures of those parties plastered over Facebook may seem significantly less fabulous, especially when framed with stories of how questionable Facebook pictures may damage employment prospects.

When a Sweet Thing Turns Sour 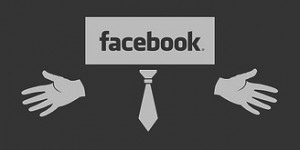 Catherine Stace, career advisor at Career Planning Services (CaPS), relayed a story shared with her by a McGill alumni, which illustrates just how devastating an “inappropriate” picture on Facebook can be for a prospective candidate. The student was working as an intern for a government office, and when the hiring committee was evaluating candidates for the next internship they asked the student to research the profiles of all the McGill applicants. One applicant had a photograph on her profile which showed her sitting a table with a beer bottle on it. The office immediately rejected the candidate because of the beer bottle in the picture, despite ambiguity around whether the beer even belonged to the candidate.

Stories such as these are enough to make any job hunter extremely cautious when posting online. “Ask yourself: what does this post say at face value?” Stace recommended. “All of your pictures and comments have a story, but when a hiring committee looks up your profile you’re not there to tell the story. Your profile needs to speak well of you on its own, because employers are going to make snap judgements about you from your online profile.”

In a competitive job market, where there are many strong candidates being considered for a given position, companies will seek out trivial reasons to “vet” candidates. Students who dedicate much of their lives to their school work and extracurricular activities in hopes of landing their “dream job” do not want to risk missing an opportunity for something as trivial as a Facebook post. Stace added that the depth to which a hiring committee will examine an applicant’s online presence depends on the type of job you’re looking for, and how conservative the organization is. “If you’re applying to an NGO, they’re probably not going to look you up, and if they do they won’t be shocked by a beer bottle. But if you’re going to work in a government office – where everything you do is a reflection on their office – they will look up your profile, and they will judge you based on it.”

Stace recounted that in 2006, five students had job offers rescinded because of inappropriate comments or pictures on their Facebook profile, inspiring her to become more active in informing students about the potential ramifications of social media use. “When Facebook was beginning, privacy settings were practically non-existent,” she said. “Since then, the website has intensified the available privacy settings, allowing students to hide pictures or comments they might not want their future employer to see.”

However, privacy settings may not be the best solution for managing one’s online presence. “The idea is not to hide your profile, because on the upside employers want to see good, positive things if they look you up on Facebook or LinkedIn,” explained Julia Riscaldino, BCom Career Advisor at Soutar Career Centre. “Rather, many students are finding networking tools such as LinkedIn – the professional version of Facebook – extremely useful in building their professional network.”

Over the past few years the number of LinkedIn users has grown immensely: from 70 million in 2010 to 259 million in 2013. According to the LinkedIn Press center, university students are at the forefront of this trend. Of the 259 million users on LinkedIn, 30 million are students or recent graduates, and students make up the fastest-growing demographic of users.1

“The first time we talked to students about LinkedIn about four years ago at workshops only a few people would know what it was, but now when we discuss it virtually all students have heard of it and many have created profiles,” Riscaldino stated. Currently, many McGill students are extremely active on LinkedIn: there are over 5600 people in the “McGill Networking Group” alone, and the McGill University Alumni Network is considered “very active,” with 21,463 members and 78 discussions posted in this month alone.

Riscaldino explained how students can use LinkedIn to connect with current McGill students, as well as McGill alumni employed in a career field that a student finds interesting. There are existing groups for all McGill Faculties, as well as some groups specific to departments and majors. When a student becomes a member of a group on LinkedIn, he or she has access to discussion boards on the group, and can view the profiles of other group members. LinkedIn also provides students with opportunities to connect with companies and employers that interest them.

In the past, finding a job was all about who you know. “LinkedIn gives you a better chance to create who you know,” Stace commented.

Riscaldino offered tips on creating a strong LinkedIn presence. Having a professional looking picture on your profile is key, as it allows people to have an immediate connection with you. LinkedIn also allows you to create a title for yourself and a summary, which are featured on your profile. The title could be your major or field of study; the summary allows you to give viewers a well-rounded view of interests that may not appear on a resume. For example, you might write that you are interested in social causes, or are hoping to work in a particular industry.

Most importantly, “make sure your profile is professional, and it upholds anything you’ve said about yourself in your resume about your values or your work ethic,” Riscaldino advised.

Stace suggested researching “the buzzwords” of the industry you’re interested in: for example, people in data mining refer to themselves as “data werewolves.” Knowing these terms, and using them on your profile will attract the attention of potential recruiters in your potential field.

Students who are interested in cultivating an online presence can benefit from visiting either the Soutar Career Centre or Career Planning Services, where professional and peer advisors review LinkedIn profiles and make suggestions. Recently, CaPS held LinkedIn Profile Advising sessions during “Work Your BA,” which were well-attended. Stace commented that CaPS will likely host the sessions again, and would consider lengthening the time for each session.

Changing the Way We Do Business

CaPS and the Soutar Career Centre are still experimenting with means for integrating social media advising into their services. Stace has hosted one-on-one advising sessions, as well as extended informational sessions and workshops with great success. “For career centres, the shift is changing the way we do business, and we have to either adapt or close our doors. We’ve chosen to adapt, because our centre is staffed with people who are interested in advancing online opportunities for students,” Stace explained.

For many students, the use of social media in the job search may be daunting. Stace insisted that students are not necessarily at a disadvantage if they steer clear of using social media in their job search. “There are absolutely traditional ways to get a job, she stated. “Pick the way that’s right for you. There are multiple strategies for getting a job; if you’re only using LinkedIn, that’s just one strategy, and it shouldn’t be your only strategy.”

While Riscaldino agrees that there are other ways to find a job, she insisted that students should not discount the importance of LinkedIn. “Employers are always looking on LinkedIn, and a student who refuses to join social media will miss out on opportunities for employment. If you have the opportunity to be noticed for certain interests or activities that you are involved with, it is an advantage when it comes to job hunting.” Students can expect that online recruitment will be the norm during their job search, and many students would benefit from embracing the trend earlier rather than later. In less than a decade, many students will be on the other side of the process: researching applicants on LinkedIn, and vetting a candidate for their sloppy picture at Tokyo Thursday.

Jennifer Reeder’s revelatory new film Knives and Skin is the best film I saw at Fantasia Film Fest: a sumptuously…