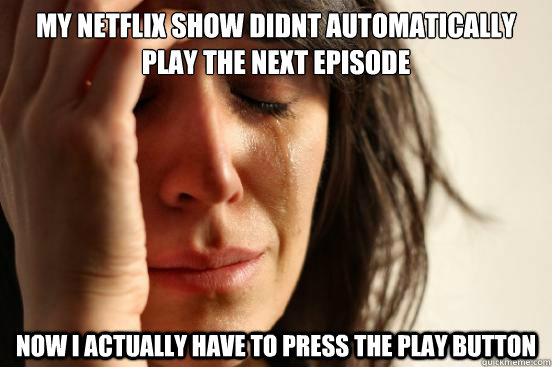 Ah, exam season – that time when classes have finally come to an end and you spend most of your days in your bedroom, at the nearest Starbucks, or saving five spots on the third floor of McLennan. Normally, I would encourage you to make the most out of this newfound “free” time, advising you to go to bed early and take advantage of self-control apps which temporarily restrict your access from social media sites (or wasting two hours playing 2048). However, as a student in her last semester at McGill, I advise you to indulge in something more relevant – television marathoning. There are only so many times you can refresh your Facebook newsfeed, and while BuzzFeed’s list of quizzes is extensive, it is not infinite. To help you make the most out of procrastinating, I have prepared a handy list of the hottest new TV shows for your binge-watching pleasure.

Noted as being one of the most raw and honest programs on cable, this HBO comedy follows a group of gay men living in San Francisco, told in a structure not unlike Girls. It’s refreshing to see that a show can still be successful without relying on overdone stereotypes that are often favoured by television networks (think Marc from Ugly Betty and even Modern Family’s Cameron). Looking is this year’s underrated gem and better yet – watching the entire season will only take up a single afternoon!

When SNL alumni Andy Samberg won the Golden Globe for “Best Actor in a Musical or Comedy Series”, even he couldn’t mask his surprise. However, the NYPD-based show has developed quite a following, as its goofy characters are both lovable and easy to relate to. If you liked The Office, chances are that you will get a good chuckle out of this workplace cop comedy.

This gritty miniseries features real life besties Matthew McConaughey and Woody Harrelson in some of their best work to date. Consisting of only eight episodes, the show quickly became one of the trending topics online, generating speculations, fan art, and an entire Subreddit of fan-developed conspiracy theories. Who is the Yellow King? Who killed Dora Lange? Most importantly, is that McConaughey’s real hair?

Not many television programs can say they have the backing of the CIA, but former CIA officer Joe Weisberg created and produced this Cold War drama about two Soviet KGB spies living as a married couple in America. Besides the political intrigue, the show is also about marriage and family relationships. A single episode is jam-packed with suspense, melodrama, and action.

Following a group of young witches studying their craft at an academy in New Orleans, the third horror installment thrills and chills its audience with gore, suspense, plot-twists, and the wickedly spectacular performance of Jessica Lange as the Supreme (head witch in charge). This season features A-list guest stars, including Gabourey Sidibe of Precious fame, Angela Bassett, and Stevie Nicks. Since each season features a stand-alone storyline, you only have to commit to thirteen episodes to be completely caught up in the series, although the previous two seasons are equally exciting.

Two of these programs are returning to cable just in time for exams to actually start. If you have yet to watch any of these shows, their earlier seasons are readily available for you to procrastinate to your heart’s content.

It feels like eons ago since the emotionally crushing Red Wedding. If you’re a fan of the book series then you already know that the upcoming season involves major plot twists and an even higher body count (no spoils). GoT is the perfect alternative to studying, as its complicated storylines and plethora of characters act as a fantastic workout for one’s memory. Who needs Lumosity when you can quiz yourself on the names of Ned Stark’s children?

Canadian actress Tatiana Masley shows off her unbelievable acting chops in playing not one, but seven different characters in this sci-fi thriller about clones. To give you a brief recap of last season, lead character Sarah Manning watched a woman jump in front of a train. After stealing her purse, Sarah realizes that the woman looks identical to her, leading her to steal her identity as well. Chaos ensues when Sarah discovers that the two are clones and that many more of “them” exist. Orphan takes a brilliant perspective on the ethics and morality of cloning and was by far one of my favourite shows of 2013.

If you are not a fan of experimenting with your television choices, not a problem! Here are two tried and true shows that have been widely celebrated in TV history.

Arguably one of the most thought-out television programs to ever air, critics and fans alike are still reeling from this past September’s series finale. Chemistry teacher turned drug dealer Walter White and protégé Jesse Pinkman became an unlikely powerhouse duo that terrified and charmed the show’s devoted fan base. Though producers chose to only run the series for five seasons, a prequel to Breaking Bad, titled Better Call Saul, is currently in the works.

Featuring one of the hottest casts in the history of television, this show caused Orange County to become the most desirable (not to mention dramatic) places to attend high school. As the inspiration for reality programs like Laguna Beach and The Real Housewives of Orange County, there’s no question that The O.C. has had a substantial influence on pop culture. Oh, did I already mention how unbelievably attractive the cast is? Seth Cohen steals the heart of every Millennial girl.

Consisting of ten seasons, The Sopranos offers both quality and quantity in terms of procrastination material. The late James Gandolfini, as Italian-American crime boss Tony Soprano, moves viewers in a way that we somehow find ourselves cheering for the bad guy, despite his violent, sociopathic behaviour. The show deals with sex, drugs, and death, but it also offers a thought-provoking commentary on social issues like mental health, family relationships, and racism.

Although this list is far from being conclusive, I hope it presents you with enough material to survive the dreaded exam season, but still remember to hit the books before pushing that “Play Next Episode” button on Netflix.

Being a creative entrepreneur in Montreal Josh Spencer is a self-described junkie. A mainstay at music venues all across Montreal,…