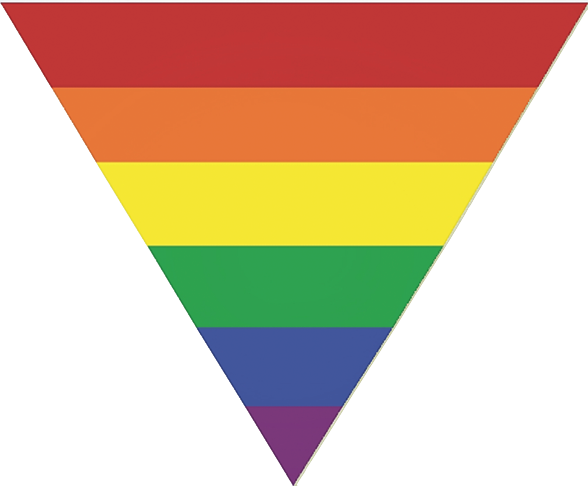 By vowing to combat anti-LGBT violence and discrimination, the idea of safe space is something for which I advocate strongly, especially as a Canadian. I’ve been raised in an environment that has taught me to be tolerant of all people, regardless of their sexual orientation or gender identity.

Unfortunately, the prevailing image of safe space at McGill has become a mockery of what it truly stands for.

As a notion rooted in social justice, safe space strives to foster “the acceptance and integration of people of all sexual orientations and gender identities.” As such, safe – or safer, as it’s also referred – space is critical in nurturing an environment of tolerance and understanding. However, despite its commendable objectives, at McGill, this principle is regrettably remembered as “that Rez Project thing” we had to sit through. It was also something we had to keep in mind at teatimes with floor fellows and when deciding on a Halloween costume.

Other than that, safe space has pretty much become a joke to McGill students. Lines such as “Bro, don’t say ‘gay,’ that’s so not safe space!” or “You’re not being very safe space.” have emerged as common sarcastic comments among students – with an emphasis on the sarcasm. As many people I encounter take this issue as more of a farce than anything else, that’s essentially what it has become. That said, you can’t blame those students – myself included – who have adopted such a “lighthearted” approach. After all, it’s simply a response to how trivialized the idea has become, through its forceful institutionalization and excessive thought-policing to the point of ridicule.

After your first year living in residence, did you hear anything about safe space again? Unless you’re involved directly with SSMU, probably not. You might have heard the term tossed around here and there, but unless someone’s making a joke, there’s not much positive talk about it. Even during first year, most of us couldn’t take it seriously; the general consensus on the Rez workshops was that they were too “over the top.”

The way the program is presented devalues its ideals and turns them into a joke. Case in point: the many instances it’s used incorrectly as an excuse to nit-pick on little words that could – maybe, potentially, probably not – be deemed “offensive.” A friend of mine was once in a conference where the TA started the class by asking for a simple definition. A young woman put her hand up and answered the question. The TA then proceeded to ask, “Does everyone agree with her definition?” Another student then interjected, saying, “I don’t appreciate how you said ‘her.’ It feels like you’re pitting the class against her. That’s not very safe space of you.” Thoroughly ruffled, the TA then proceeded to fumble an apology, while the atmosphere in the classroom could have been described as “awkward,” at best.

However, the more pressing issue is the fact that safe space is not inclusive enough. It sounds ludicrous, doesn’t it? All the same, one major flaw I see with this concept is that it doesn’t even begin to address all the social justice issues we ought to be tackling. As students of an academic institution with an incredibly diverse population, our duty is to embrace and promote the fundamental value of inclusivity for all. As an LGBT movement, safe space definitely contributes to this cause. Still, it remains exactly that: a campaign that champions the rights and interests of only those in the LGBT community.

Therefore, why don’t we also direct our energies towards the conscious eradication of other stigmata? Issues such as racism, sexism and mental health are rampant and relevant on campus, and must also be addressed in the foreground. I was a victim of racism in my first semester at McGill, while a peer faced sexism in their second year. In addition, mental health issues are also something that ought to be addressed, especially on a university campus that offers valuable services that tend to go unused. If Rez Project tries to confront more of these realities that many students face on a daily basis it would become far more relevant and engaging to those same students.

The lack of inclusivity that has become characteristic of safe space can also be interpreted as a tendency to focus on sexuality and gender expression as the sole markers of an individual’s identity. What I’m trying to say here is that safe space doesn’t inclusively recognize the entire person; it reductively categorizes them into X, Y or Z. Students are marginalized as a result. This has the detrimental effect of making gender identity/sexual orientation the defining element of someone’s individuality, which shapes the manner by which others approach and interact with them.

In constant fear of offending someone, we dehumanize an individual and socialize with them in a conditioned manner. It sounds very extreme, but this was my honest first impression of safe space.

I don’t want to have to approach people while categorizing them. For me, a person is a person, and that’s exactly how they should be perceived and treated. Safe space at McGill pinpoints a particular characteristic about a person and makes that their entire identity. Someone’s sexuality or their gender expression is not solely who they are; it is not a definitive characteristic.

Safe space is a topic under a much bigger umbrella of issues, and we would do well to remember that. McGill should work on improving the basic idea of safe space on campus, and should also try to include awareness of many more of the issues that affect McGillians on a daily basis.

A university education does not simply lie in the faculties we choose and the classrooms we sit in. It also lies in how we treat each other, view each other, and what viewpoint we carry out into the world after earning a degree. Safe space at McGill cannot continue to categorize people in such a reductive manner. Instead, it should work to replace those categories for just one: the person. While that may be the true intention of safe space, its methods at McGill paint a very different picture.

So, next time I hear the words safe space, I don’t want to hear a trivialization or a joke – and that starts with every single one of us, myself included. I’d much rather hear it used as a term of respect for another individual and all their intricacies.

On September 20, the government of Quebec raised Montreal’s COVID-19 alert to orange Level 3, only five days after moving…