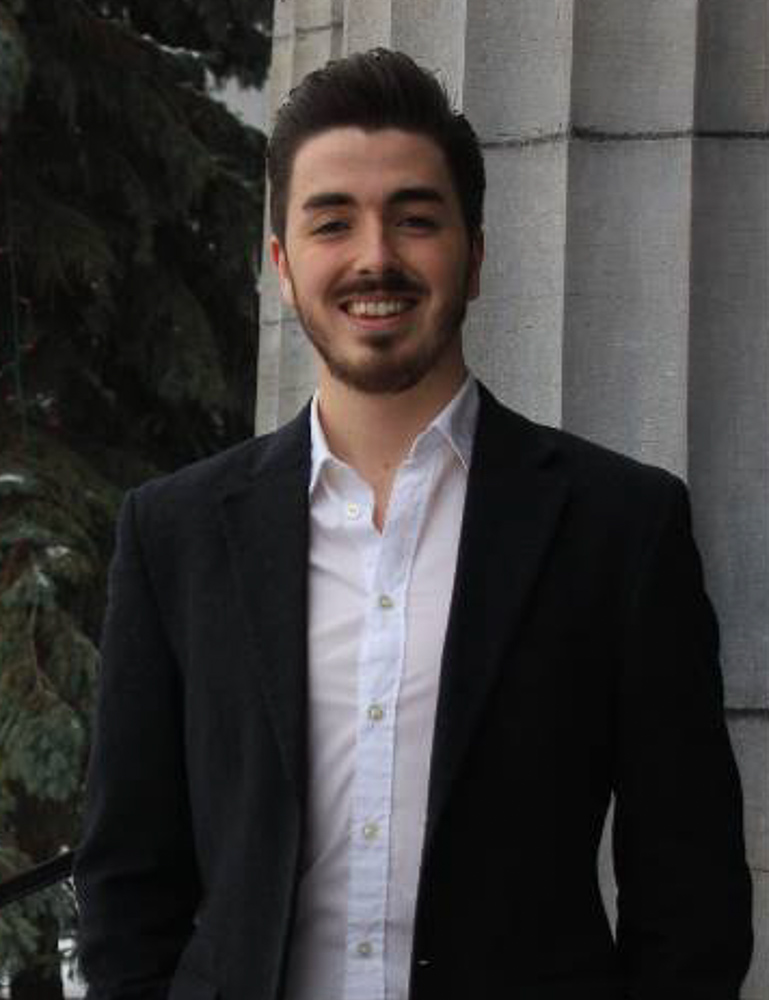 The visibility of otherwise underrepresented groups on campus, such as francophones, indigenous groups and international students is written into the SSMU VP External mandate. What initiatives would you put in place to meet this requirement?

We’d have different initiatives for different groups. For francophones, I would make good use of the Committee des Affaires Francophones (CAF)… For indigenous groups, I want to first and foremost listen to the groups that exist on campus in order to have their perspective on what would be the best way to increase visibility, and get their voice on what the role of indigenous students would look like… For international students, I intend to get them engaged on the topic of deregulation of international fees.

Aird has no homogenous plan to advocate for students on campus. Instead, he has detailed ideas about how to best go about supporting different issues. For our interview, we highlighted three particular underrepresented groups – francophones, indigenous students, and international students. For francophones, Aird says he plans on popularizing the work of CAF through increasing outreach to first year students and through getting involved in faculty-level efforts at integrating francophone students. Regarding the advocacy for indigenous students, Aird plans to focus on listening to the groups on campus. As a part of this effort, Aird would reach out to First Peoples’ House, the McGill Students Indigenous Studies Journal (formerly known as Kanata), and the Indigenous Law Students’ Association. With regards to international students, Aird emphasized his pride the diversity of the McGill student body. To preserve this diversity, he plans on lobbying the provincial government against regulating international tuition.

Do you think joining AVEQ could help us better represent the How will external organizations such as AVEQ aid you in representing these disenfranchised groups – and especially international students?

International students will definitely benefit from a membership in a student federation, especially AVEQ… it would definitely be our priority in AVEQ to stop the regulation of student fees.

Aird believes that joining AVEQ could give great benefits especially for international students at McGill. According to Aird, because AVEQ is primarily a group to lobby the provincial government, it could be used as an effective tool for deregulation of international student fees. Moreover, Aird believes that McGill, if we joined AVEQ, would be a key player in the organization for two reasons: McGill was instrumental to the founding of AVEQ, and we would join forces with Concordia inside the organization.

Demilitarize McGill calls for an end to military collaboration within the community, said to promote colonization and imperialist sentiments. How does this group’s mandate affect your policy and action? Do you have any plans on how to better the public perception of Demilitarize McGill?

I don’t see it as my place to tell groups like Demilitarize McGill what to do, but I intend to work with them to… mitigate the controversy and making everybody feel like they’re represented by the campaigns going on around campus is one of my main priorities.

David has a diplomatic approach to working with controversial on-campus groups like Demilitarize McGill. Aird recognizes that SSMU has a mandate to take a strong stance against on-campus military research, and also that this mandate might be very broad and divisive. Accordingly, he wants to work with the group to clarify the mandate in a constructive way. However, Aird also expressed a strong desire to refrain from tone-policing, and to respect the autonomy of the group. Moreover, Aird expressed his commitment to providing Demilitarize McGill with institutional support.

Your platform does not mention the importance of environmental initiatives on campus, such as Divest McGill’s call for an end to fossil fuel use. How do you intend to involve Divest McGill’s mandate within your approach to political and external affairs?

I intend to give them priority treatment when it comes from institutional support. I do think they benefit from a large amount of independence…

David thinks that Divest McGill is self-sustained, and self-managed. When it comes to their initiatives, Aird believes that their autonomy is well-valued by the group. Aird wants to take a supportive role, and to help act as an advertiser, and to do heavy outreach, especially for first years.

There have been protests in the past year surrounding anti-austerity movements, with many students angered over the cutting of funds, rise in tuition, and lack of services on campus. Do you support this call for change and what do you intend to do about it?

I think it’s important to use the institutional channels that we have… To advocate for clear and concrete alternatives to what we’re seeing now. The point is to be an essential part of civil society… I’d like to maintain the focus on information dissemination… I would not call for a general strike at McGill: I much prefer to leave it at the level of the departments.

David wants to tackle the issue of austerity budget cuts through getting involved with AVEQ and taking institutional channels. Aird states he would, as VP External, never call for a full-scale strike, but make sure that if individual departments want to hold any votes for the strike, SSMU can be a resource.

What experience do you have that makes you a good fit for the position of VP External?

As Political campaigns coordinator, Aird supported the anti-austerity campaign throughout the past year. Working under the VP External portfolio, Aird took a keen interest in the job. Being able to ask her questions and observe closely what the work entailed, Aird developed a good understanding of the portfolio.

What would you say to the people who think you’re ‘more of the same’?

I think if people really do want to see change, I highly suggest that they go through the institutional channels they have. If you think you’re representing a concrete voice or interest group on campus, then speak up! Don’t confine your criticisms to social media or passive aggressiveness… I think it’s important, if you want to make yourself heard, to put in the work in mobilizing around your issue or interest.