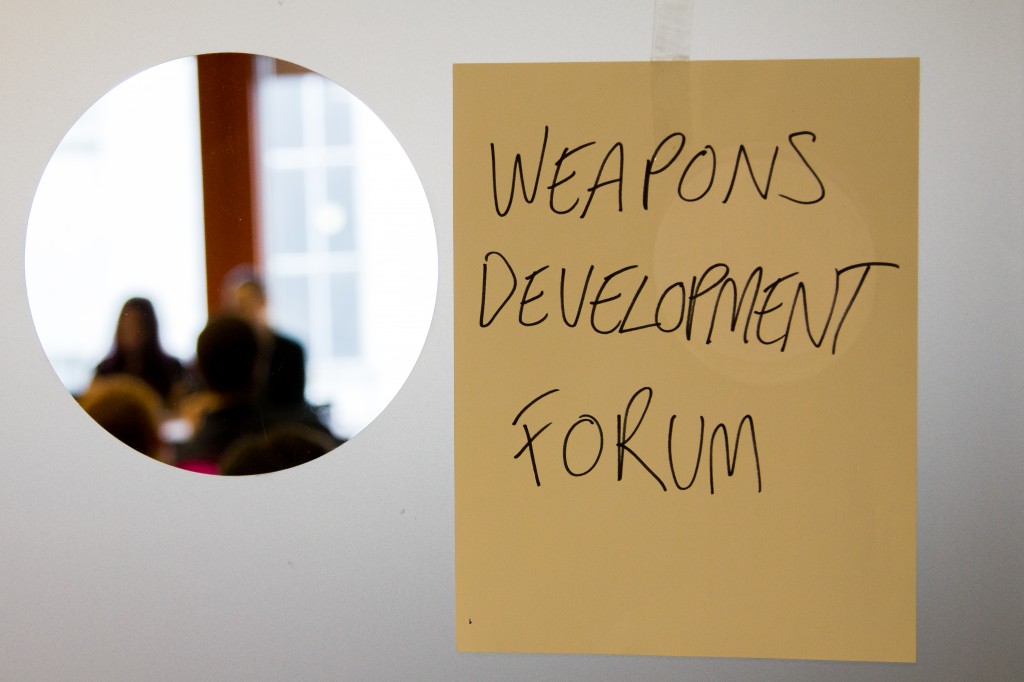 This year, the McGill University Senate is starting its triennial review of Regulations on the Conduct of Research, a document which sets research objectives for research ethics within the McGill community.  This revision period will particularly focus on how McGill should approach military and weapons research.  On October 16, SSMU VP University Affairs Claire Stewart-Kanigan held a forum to gather student input in formulating SSMU’s stance on the current policies facing weapons development at McGill.

Approximately 20 students representing the Faculty of Arts and Faculty of Engineering, along with members of student groups such as Demilitarize McGill gathered in the Madeleine Parent Room of the University Centre to participate in and observe the forum. Stewart-Kanigan expressed the purpose for the event, explaining that she is “opening the door to allow students to give input on the issue before SSMU takes a stance.”

The discussions centered on sections within the current conduct of research document concerning informed consent and the prohibition of secret research. One concern in the previous review period in the 2009-2010 cycle was the removal of a statement of values about military research due to the fact that having such a clause was not the norm among Canadian universities.

In response, SSMU VP Finance and Operations Kathleen Bradley, expressed her disapproval stating, “the justification for doing something should never be ‘because everyone else is doing it.’”

Another large topic of debate at the forum was how to ensure academic freedom for researchers in the midst of regulation. Engineering students in the crowd expressed concern that over-regulation could limit funding opportunities and damage research due to ‘grey areas’ that exist in research.

Bradley suggested that to address these ‘grey areas’ the university could take a more active role in providing opportunities for positive research to incentive professors. “Instead of just putting up red tape, they should be opening other channels of research so they are not just restricting but also providing other opportunities,” posited Bradley.

Stewart-Kanigan later explained her belief that it is important to include Engineering students in the dialogue on weapons development.“In speaking with students in Engineering, I have become aware of more grey-zones in military funding,” Stewart-Kanigan expressed. “For example, students doing research in prosthetic limbs can have their work used for drone research.”

One student question posed about whether research towards technology intended to cause harm should be allowed at McGill resulted in a firm and resounding “no” from fellow attendees. Students provided varying reasons on why this could be troublesome. Arts Senator to SSMU, Kareem Ibrahim, responded that “Military affairs affect a wide variety of communities that are all represented at McGill.”

“The primary purpose of a university is learning and betterment of society of the world,” added Arts VP Academic Erin Sobat. “If research is causing harm, even if this harm is not originally the cause, that is contradictory.”

A representative from Demilitarize McGill, however, provided a firmer stance, simply stating that “it’s common decency not to devote time to technology that will be used to kill someone.” 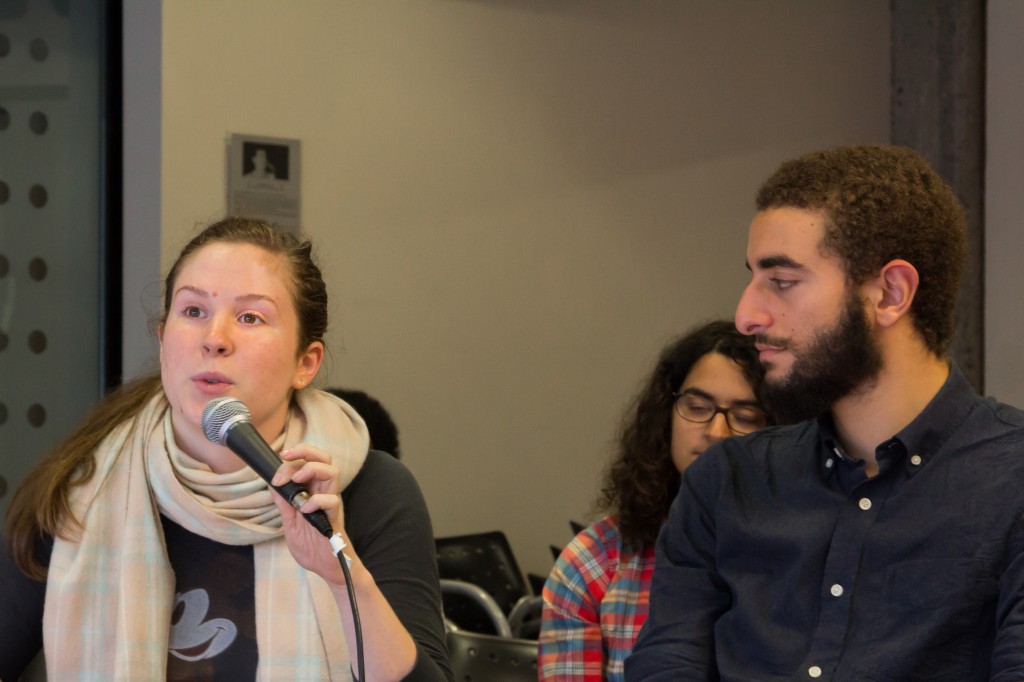 The Senate Committee conducting the review of McGill’s Regulation on the Conduct of Research intends to meet throughout the year, with Stewart- Kanigan representing McGill undergraduate students and the first committee meeting planned for October 24th. Stewart-Kanigan held the forum in order to establish a stance on the issue that best represents student’s issues.

“SSMU has historically taken stances in opposition to military research. We had a policy regarding transparency in military research that was present from 2008 to 2013. There have been multiple motions passed in the recent years. It makes sense as a student representative of SSMU to be critical of military research,” explained Stewart-Kanigan.

In the GA occurring on Wednesday, October 22, a motion, “Regarding Support of a Campus Free from Harmful Military Technology Development,” will be brought to the floor. The motion, if passed, will renew SSMU’s stance against harmful weapons development, and will commit SSMU to “support campaigns opposing the development of harmful military technology on campus,” under the VP External portfolio.

Throughout the review process, Stewart- Kanigan would like to continue holding forums like this one and hopes to garner a wider student involvement, particularly from faculties more directly involved, such as the Faculty of Engineering. Stewart-Kanigan is also active in organizing a conference on research ethics’ ‘grey zones’ with the Office of the Deputy Provost, stating that she is “happy to make additional efforts to connect with Engineering specifically to engage them in the consultation process.”

Groups in attendance such as Demilitarize McGill plan to not take as active a role in this review process and instead intend to focus on and maintain their already-existing grassroots activism.

The 1980s: Bailout of Continental Illinois Bank and Birth of the Too Big To Fail Banking Model    “We have…