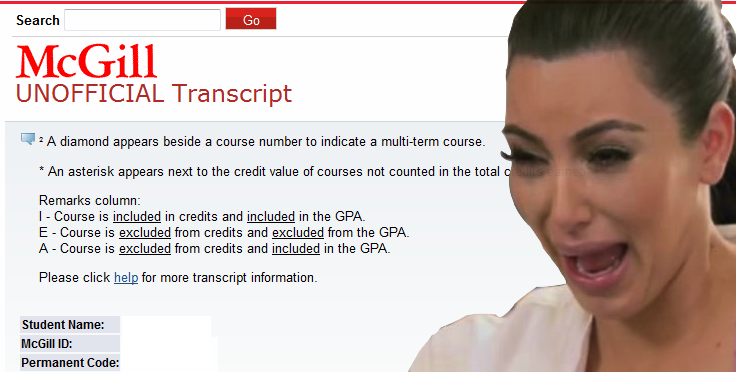 My four years at McGill offered me a lot of first experiences: first time stepping in vomit on the metro (not mine, November 2011), first time I discovered a mysterious cat in my apartment (also not mine, January 2014),  first time that I destroyed a clothes dryer (the fault was, unfortunately, mine. September 2012.)  But, what did I really learn? Mostly, to watch where you step, to keep your doors locked when you’re making a tuna… sandwich, and not to put comforters in the dryer. Beyond that, here are a few other kernels of wisdom:

Essentially, over the course of my undergraduate career at McGill, I learned that university is a surrealist hellscape where only the strong survive. Oh, and a few things about political science too, I guess.

It’s finals season, baby!  In addition to being stressed about employment opportunities, politics, and the cruel, slow demise of our…