There’s one dead horse that McGill students need to quit beating. I’m tired of people criticizing other students’ degree choices because of their employability. We all want a job, but arguments about the relative advantages of one faculty over another are dubious at best. Despite what students may say, even the school’s most “in demand” fields – science, technology, engineering, and mathematics – the so-called STEM subjects, aren’t the magic bullets for employers they seem. 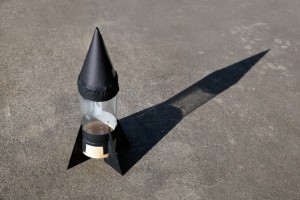 The perceived advantages of STEM degrees should be familiar to McGill students by now. Comics on the Spotted: McGill Library page praise the “employment potential” of engineers. The Bull & Bear’s own Wyatt Hnatiw writes that since he is not in the Faculty of Management, Engineering or Science, he’s necessarily jobless and helpless. Florida and other states have attempted to incentivize STEM over liberal arts in public universities and the New York Times recently cited employability concerns as a factor in declining humanities enrolments across American colleges. But students may find their optimism over STEM fields doesn’t match reality. They could be just as jobless as the rest of us.

Students have been led to think that with the increased prominence of technology, engineering and health sciences in everyday life, businesses need more STEM specialists. However, this supposed pent-up economic demand for STEM graduates is fictitious. In a summer issue of their Spectrum publication, The Institute for Electrical and Electronics Engineers (IEEE) challenged this widespread belief. Pulling from a couple of significant studies, the magazine showed the STEM job market was anaemic. In the United States, there were about 70,000 fewer bachelors’ engineering positions than graduates in 2009 and almost 400,000 science and engineering jobs were lost in 2011 alone. Of those with jobs, engineers saw lower wage increases over the last decade than their non-STEM peers. The publication leveled similar criticisms against the Canadian government’s estimate of a supposed 100,000 STEM worker shortage by 2016. Unsurprisingly, over half of STEM graduates surveyed ended up working in other fields a decade after graduation. Despite the myth, a STEM education isn’t a predictor of either a good job or job security.

It’s not just that STEM grads are finding difficulty on the job market; there are also emerging alternatives to the classic university education for those fields. Websites like the Massachusetts Institute of Technology and Harvard’s edX platform and Khan Academy make it easier than ever to pick up knowledge in science, math, or programming. And those with arts or humanities degrees are employing them to boost their STEM skills.

But there have always been other ways into STEM specialties, as evidenced by the success of some notable computer scientists. Both Bill Gates and Mark Zuckerberg famously ditched Harvard to program on their own, and the previous CEO of Yahoo!, Scott Thompson, rose through the tech industry despite a fictitious computer science diploma. It’s been estimated less than a half of computer science workers actually have a university education in programming. Success in science and technology isn’t restricted to college grads. A STEM degree is not the only way into those professions, although it’s a good aid.

If anything, some say STEM graduates lack critical skills that are developed by their counterparts in the arts and humanities. From literacy to history to ethics, there are clear deficiencies in the current STEM curriculum. Many could benefit from more training in the social skills necessary for a corporate environment. University officials, including the president of Arizona State University and the president emeritus of the University of Michigan, have acknowledged those deficiencies and sought to create more well-rounded undergraduates in the disciplines of science and engineering by including traditionally “arts” subjects like English into the curriculum. They’re needed now. According to Norman Augustine, former CEO of aerospace giant Lockheed Martin, the ability to think broadly and read and write clearly distinguished successful engineers from the rest. Engineers that are intelligible to laypeople shouldn’t be in short supply. The 20th century ideas pervading STEM education are due for a reset. 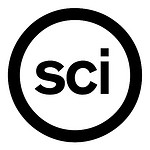 STEM isn’t as promising as media, politicians, and fellow students make it out to be. No field is. University is a huge investment and to gamble purely on some macroeconomic preconception isn’t only risky, it’s reckless. No one can tell what the job market in a decade’s time may yield, but finding a field that’s interesting enough to work hard at is never a bad bet. Be more competent, more passionate than others, and it’ll be easier to find a job. You’ve probably heard it before.

Whatever course one studies, there are always benefits to having an understanding of other disciplines. General science literacy in non-STEM fields is just as poor as arts literacy is within STEM, if not worse. Knowing a range of subjects doesn’t just make it easier to change careers, it makes one a well-rounded asset to any employer.

University is preparation for a job, but more a foundation than the complete structure. For those of us just starting their degrees, now is not the time to be overly preoccupied with the job market.

Then again, for those graduating, may my prayers be with you.

In the second episode of The Varsity Voice, Noah sits down with former McGill track star Patrick Farias. Noah and…