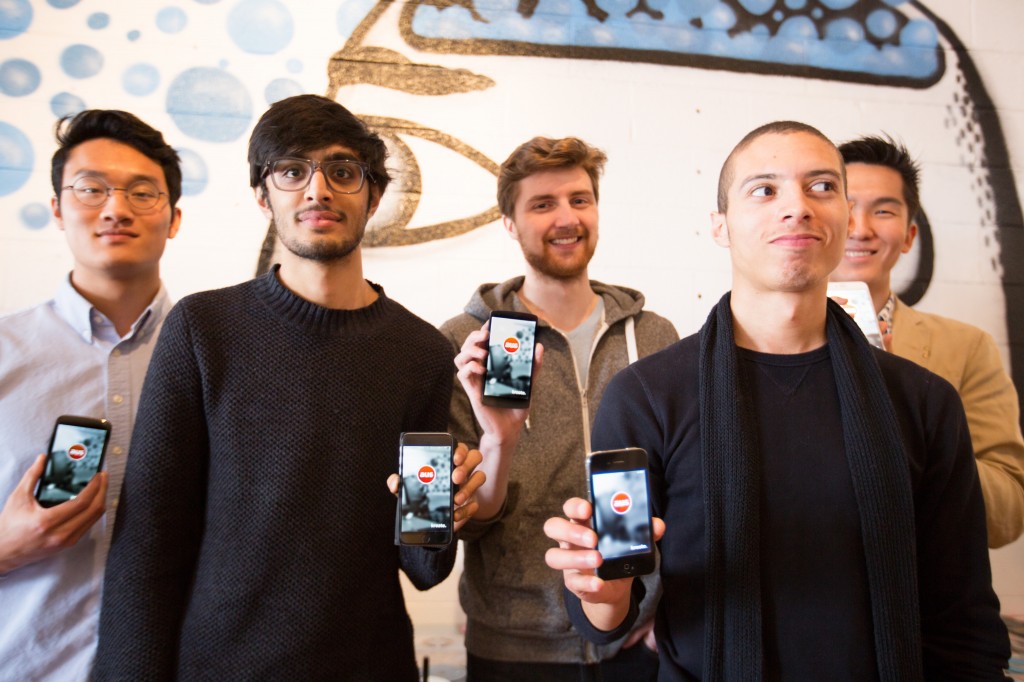 The Arts Undergraduate Society (AUS) released a new app on February 16. The app was developed by the company Kreate Solutions, co-founded by Tom Zheng, a McGill graduate and former AUS executive. The app provides a consolidation of information relevant to students about the undertakings of the AUS, including events, news, and general announcements. By the end of the first week after the app’s launch, there were over 400 downloads and it is now well on its way to achieving its objective of contributing to a more informed student body.

The development of the application required a fair amount of collaboration between the AUS and Zheng at Kreate Solutions to ensure that the visions of the AUS were incorporated in the app. Max Drabkin, VP Communications for AUS, worked with Zheng on the app. Originally, the application was intended to launch for use during Frosh 2014, but a number of other tasks required attention, causing the delay.

Drabkin believes the app will be of much help to AUS students. “It is such a large faculty for people to find something relatable to them or ways for them to get involved that are meaningful to them without having to go through many different mediums and sorting through mountains of information which is often so overwhelming,” explained Drabkin.

Kreate Solutions is a development company whose clients include many universities and organizations across Canada, such as the AUS. During his past experience as VP Academic of AUS, Zheng noticed it was difficult to get students to pay attention to the information he was sending them, with only approximately 15 percent of students opening their listservs and only about half of them reading it entirely. This also made event attendance a problem as Zheng often found it difficult to get more than just personal friends to attend. These statistics were alarming, yet simultaneously sparked the motivation to pursue a solution.

The purpose of this app is to inform AUS students of news and information in the most efficient way possible and to  avoid feeding the students irrelevant content. Zheng likes to refer to it as “a filter for information.” Zheng knew this was a major issue through his personal experience. He explains: “As a student I was overwhelmed with information, and as a student executive, I was unable to reach people with the information I wanted them to know.”

Drabkin, who has the responsibility of informing students through AUS’ weekly listserv and social media platforms, shares in the frustration. He explains, “the listserv is something I do every week but it is difficult to get students to look at it, let alone view it as interesting. It almost becomes junk email to them.”

When it came to the innovative planning and development of the app, the team at Kreate Solutions began by asking themselves, “What is the fundamental problem we are trying to solve here?” As Zheng explains, finding a focused answer to this question is difficult: “It is easy to get carried away without a solid definition of the scope of the project.”

Thankfully, there weren’t many technical challenges encountered during the planning of the app. As Zheng explains, “Most technical challenges can be easily solved by doing more testing.” He goes on to say, “we are innovating using pre-existing technologies, and just trying to ensure it fits into the field we need it to and has the appropriate functionality.”

The third version of the application launched in February featuring some crucial changes which they hope will ensure its success. As Zheng explains, “Our mistake initially was that we made the product to only function if the AUS executive added the content when, in reality, there is a lot of content already available through so many different mediums, so we decided to integrate those existing feeds into the app.”

The first two versions failed due to a marketing problem, so  Zheng engaged in a more intensive marketing campaign. Kreate was responsible for the postering throughout campus, and concentrated most heavily in buildings which typically play host to the most Arts students. At the same time, the AUS assisted in organizing the launch event. Drabkin claims that Zheng’s marketing efforts made for a more successful launch this time around.

Long-Term Goals and the App’s Potential for Impact

As the app fundamentally aims to more effectively inform AUS students, both Kreate Solutions and the AUS hope that there will be improvements in voting rates for student executives, a common problem within most faculties here at McGill as well as across campuses in Canada. Zheng’s approach is as follows: “This is where the big picture is: once people are more informed they can form their own opinions, their participation will increase and students are going to be more active.”  Zheng believes this type of app design has broader implications beyond the AUS. Drabkin is also optimistic on this front, saying, “Hopefully if we pursue this project properly we are able to improve voter turnout which has always been a challenge,” he continues, “targeting students and making them see elections as something that matters and affects them is crucial.”

Certain features built into the app will make it easier to access and assess the type of information students find relevant and interesting. Within the app there are two sections, one including the most recent information updates and the other containing the most popular information, based on the number of times it was accessed by app users. This is of key importance because, as Zheng explains, it is a more efficient and often more reliable way of gauging where interests in the student body lay, rather than using focus groups. He states, “This way, any association can assess the information that is important to students and there is a measure for it. Then, with that [information] the associations can adjust their policies and content accordingly.”

Zheng and his team need feedback in order to make improvements and determine the immediate effectiveness of the product. Their major concern is not with the number of downloads, but with the consistency of its users and the efficiency in delivering information. Their goal regarding the level of engagement is to have 75 percent of app users checking the app daily by April. Drabkin and the AUS are also looking to criticism as a means to improve.

This app is not a stagnant project; there is ongoing development and innovation in order to improve its functionality. As Drabkin states, “The way I see this semester for the app is as a test phase for ways in which we can improve it in the summer.” He adds, “What I would really like to see is a revamping of the app to include uses for Frosh 2015.” Although no one can be sure what the future of the app looks like, Drabkin thinks the app may have potential: “I am very optimistic for the future, for what it can hold and ways that we can constantly engage with students without flooding them with notifications and emails.”

Whether you’re almost graduating or just stepped foot on campus for the first time, navigating McGill’s student government can seem…