Queen Bey. Yoncé. Sasha Fierce. Mrs. Carter. No matter which alter ego you choose, the vast majority of individuals will know whom you are referring to. Beyoncé Knowles has become the most compelling and influential musician of the 21st century. Transgressing traditional demographic groups, she has created a global community united in their adoration for the pop-cultural icon. In fact, I have yet to meet anyone over the age of eleven who does not at the very least respect (if not worship) Ms. Knowles. Who else can get away with demanding the world to “bow down b****es”, knowing that we will happily do so?

Beyoncé’s iconic status does not come unwarranted. With a repertoire of songs consisting of “Crazy in Love”, “Diva”, “Single Ladies”, and my current favourite “Drunk in Love”, she is one of the best-selling artists of all time. Not to mention that her success recently inspired a New Jersey college to introduce a course they have titled “Politicizing Beyoncé”. At the same time, Hollywood hosts a plethora of female artists who, like Beyoncé, are blessed with both beauty and immense talent, yet their respective followings are laughable in comparison to Queen Bey’s fan base (cleverly nicknamed the “Beyhive”). Alas, many of them have had to resort to reality television to stay marginally relevant – Mariah Carey, Christina Aguilera, need I say more?

What makes Queen Bey the exception? Is she overrated or is her global domination entirely justified? To make my case that the Bey is indeed a gift to the human race and worthy of her royal status, here are eight reasons I believe Beyoncé has proven to be utterly flawless.

Beginning her career with Destiny’s Child and performing hits like “Survivor” and “Independent Women”, it is clear that Beyoncé is a self-made woman. She often speaks out about the importance of feminine sexuality, as well as, the need for gender equality in the workforce. At the same time she refuses to shy away from her image as a devoted wife and mother. In fact, it’s one of her proudest achievements. “Why do you have to choose what type of woman you are?”, she recently preached to British Vogue. “I’m just a woman and I love being a woman.”

Seriously, what can’t this woman do? The musician proved that she’s more than capable of acting in box-office hits like Dreamgirls and Austin Powers: Goldmember. She continues to collaborate on new clothing designs with her mother Tina, for their fashion label House of Deréon. Despite her busy side careers, she still makes time to churn out one hit after another. Bey has evolved into a strategic businesswoman and global brand name, having been named as one of TIME Magazine’s 100 Most Influential People last year.

3. She’s one half of the most powerful celebrity couples to ever exist

I challenge you to think of a more influential duo on pop-culture than Mr. and Mrs. Carter. Even the birth of Prince George had nothing on Blue Ivy, who is equally deserving of R&B royalty status. I’m fairly certain that even President Obama knew he won the jackpot upon discovering that the powerhouse couple wanted to befriend him and support his campaign. 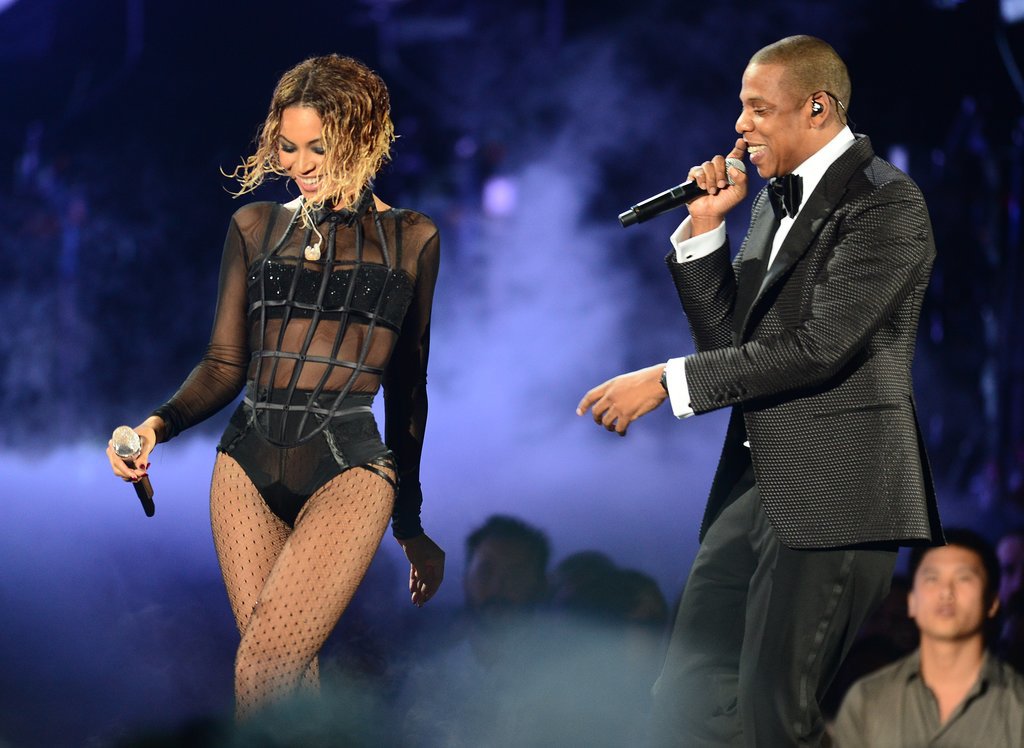 A day-in-the-life of Mr. and Mrs. Carter. source: popsugar.com

4. She really cares about her fans.

On December 13th 2013, Beyoncé changed the music game. Without using any promotional tools, she dropped a 14-track album accompanied by 17 music videos on iTunes. She expressed that the surprise album enabled her to speak to her fans directly, stating that “There is so much that gets between the music, the artist and the fans”. A quick scroll through her iambeyonce Tumblr page, comprised of behind the scenes images of her world tour and other personal photographs, illustrates the importance she attributes to such direct communication between her and her adoring fans.

5. Our favourite celebrities are equally obsessed with her

Beyonce wins my vote for woman of the year – Pink

Guys, it happened. I met Beyonce. And she is an angel. And I am not worthy. And I will never stop shaking – Anna Kendrick

B done broke the Internet. – Katy Perry after the release of Beyoncé’s secret album

HOLY S**T BEYONCE you aren’t even a woman anymore, you are the world and you are the lord – Lena Dunham after watching Beyoncé at the 2014 Grammys

Combining the words “booty” and “delicious”, Bey developed a term so popular that it even made its way into the Oxford dictionary. Being “bootylicious” not only refers to one’s sexual attractiveness, but the power of the feminine body in general. The Destiny’s Child classic is only one out of the many instances in which Beyoncé celebrates her curves. In this way, she provides a more realistic portrayal of women, acting as a role model for positive body image conceptions. 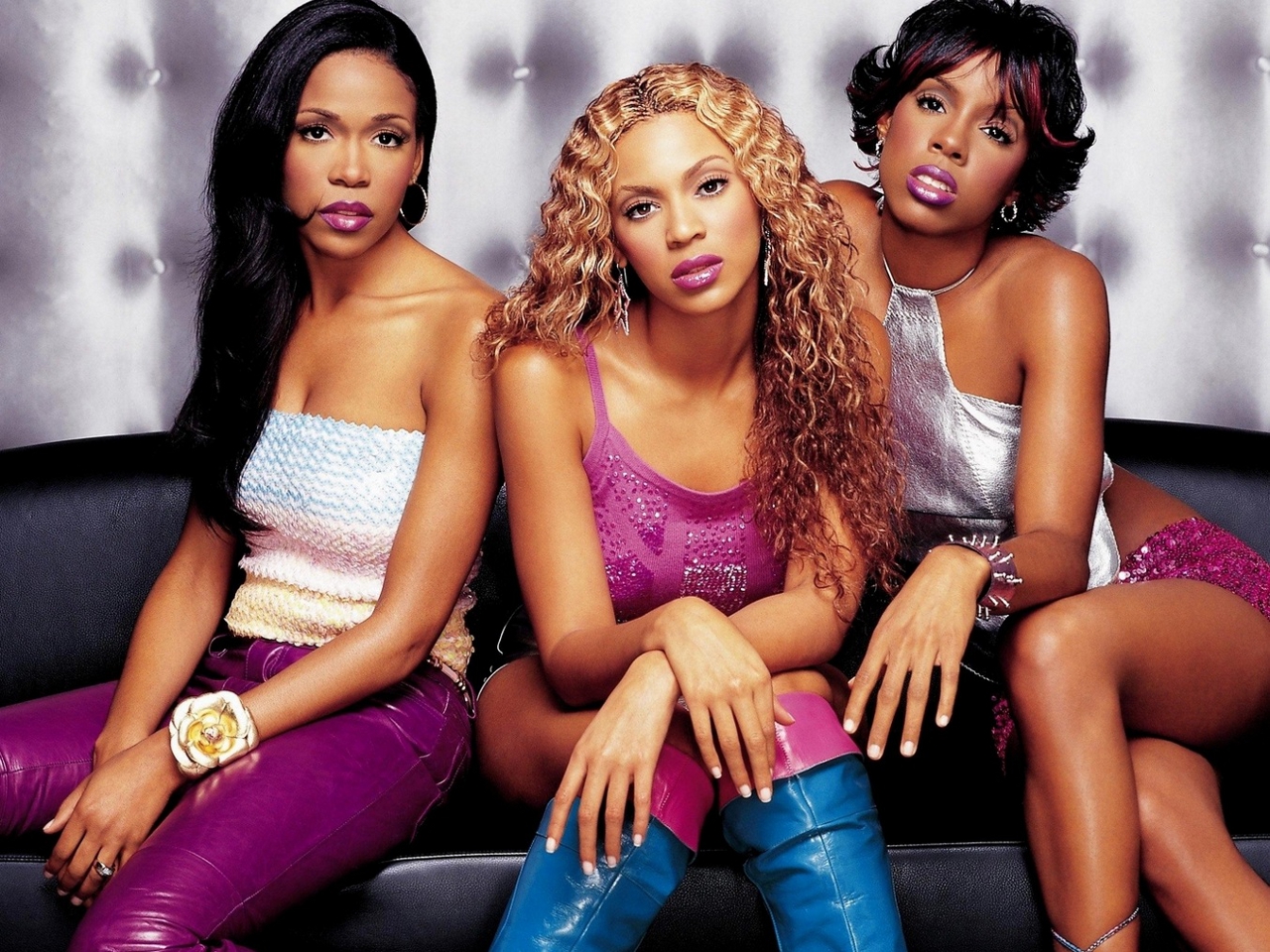 Throwback to where it all began. source: fanpop.com

On her onstage personality: “I have someone else that takes over when it’s time for me to work and when I’m on stage…(it) kind of protects me and who I really am.” If you haven’t watched Bey’s Superbowl halftime show in 2012, now is the time to do so.

8.  She doesn’t forget where she came from

Most band members who break off to become a solo act do everything in their power to shed their former image (ahem, Justin Timberlake). Yet Beyoncé often reminisces back to her Destiny’s Child roots and is still tight with former group mate, Kelly Rowland. She is always reminding fans of her humble upbringing in Houston, Texas and even chose to include footage of herself performing as a child in her recent video “Flawless”. “I love you, Houston!” The adorable soon-to-be icon said.

No, we love YOU, Beyoncé.

Wednesday morning, McGill students saw thick smoke billowing from a fire on Parc and Milton as they got to school….