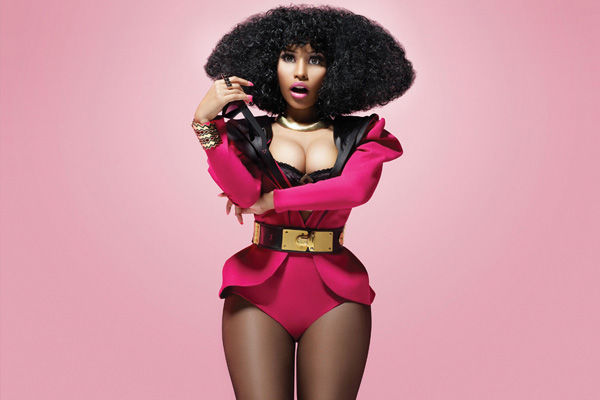 Unless you’ve been living under a rock, you’ve seen Nicki Minaj’s latest music video: “Anaconda”. Already, it’s been quite the pop-culture centerpiece of 2014, and, as such, has garnered much discussion – with reactions ranging from utter disgust to many a resounding “yaaaas.”

Personally, my first screening of “Anaconda” pushed me to a seemingly counterintuitive conclusion: Nicki Minaj is actually a great role model for young women. I’m not saying – by any stretch of the measure – that she is the perfect feminist role model. However, as flawed as her brand of feminism may be, Onika nonetheless serves as a feminist role model. At best, she is amplifying a powerful image about women reclaiming our bodies; at the very least, she is pushing us to revisit the perception of women in pop culture.

My opinion is not shared by the majority, as most critics have vehemently – and unfairly – maintained that Nicki is “demeaning herself.” All the same, it’s not fair to say that Nicki is attracting misogyny. The fundamental problem with such superficial criticism is that self-objectification – notwithstanding the fact that it makes no sense logically, physically or even grammatically – is not what Nicki is trying to do. Nicki is trying to empower herself by emphasizing her sexuality. She is sending a message that it is possible for a woman to embrace her sexuality independently. It’s true that she’s objectifying the women around her, but with good purpose. To understand the basis behind this claim, we must look into the reasons behind “Anaconda”’s controversy.

Is the debate surrounding the video derived from the idea that the female body is lewd, vulgar, and borderline pornographic? No. Now, let’s call a spade a spade: there is nothing new or scandalous about Nicki’s bare ass. What’s scandalous is that she is in complete control in a video full of objectified and hypersexualized women. She maintains eye contact with the camera, she slaps away Drake’s hand when he touches her – she is always in the centre.

Doesn’t that setup – an empowered individual surrounded by women serving as hypersexual props – sound familiar? Of course it does: this tableau basically describes half of pop culture today. We are so used to the image of the female body being monitored by a man to the point that nobody even blinked an eye when three women were writhing around naked in Justin Timberlake’s Tunnel Vision, or in A$AP Rocky’s F**kin Problems. This being said, why is it so unacceptable for us to accept women reappropriating our own bodies? Seeing as we’re so scandalized by Nicki’s audacity in reclaiming her own sexuality, it has obviously become hard for us to grasp the very notion that a woman could willingly take her clothes off for her own benefit and on her own terms.

The subjugation of women by men is often symbolized through the juxtaposition of a clothed man in a room full of bare women. Nicki, however, doesn’t need clothes to justify her authority: her bareness acts as the armour equivalent to a man’s garb. If, as evidenced by this video, a black woman deciding to wear revealing and sexually-suggestive clothing while giving a man a lap dance – because she is proud of and confident in her sexiness – is a sign that she absolutely respects herself, then why is it that we have so much trouble respecting her, too?

Perhaps Nicki decided to exaggeratedly objectify the women around her as a manner of saying “look at these women, so ubiquitously used as accessories.” Through that perspective, Nicki, as a woman, is challenging – even urging – the viewer to denounce the immorality in her actions. In the context of the thousands of videos in which male artists do the exact same thing, Nicki’s presentation of her own take on it serves as a very powerful tool of contrast.

In fact, I’m convinced that “Anaconda” is meant to point out this absurd double-standard: that somehow it’s acceptable for a room full of half-naked women to cocoon and be reined in by a man, but it is absolutely unacceptable when such a role is taken over by a woman. Ultimately, what Nicki is trying to highlight through this video is an example of a woman sexualizing her own body, but  – shockingly – not for the benefit of men. She’s firmly taking a stance and asserting that women have no obligation to partake in their own objectification at the hands of men.

If men are criticising Nicki because her revealing clothing makes it easier for them to objectify her, then that’s their problem. But, the bigger issue here is not how Nicki is shaking her ass in front of the camera, but how we, as a society, are responding to her. Specifically, by labelling uncensored libido – namely Nicki giving Drake a lap dance – as inappropriate, we are censoring a huge part of our existence. How do you think you were conceived? Divine intervention?

In an interview with Complex Magazine, Nicki Minaj clarifies the message of her video:

It’s undoubtedly clear that Nicki Minaj purposed her video to show a specific side of herself: one that is both empowered and sexualized. She uses her celebrity status to make her message public, and start a dialogue about female empowerment by means of repossessing her own body and asserting herself as a sexual being.

That being said, I worry that for teenagers – who are by far more impressionable to the “classic” tropes of female subjugation perpetuated in pop culture – this subversive message will be too obscure, too inaccessible for them to appreciate. Watching the video “Teens React to Anaconda,” I heard lines like “From a guy’s perspective, it just looks like she’s trying to get attention,” or “Nobody’s going to like you unless you have a fat butt.“ Instead of rage, I found myself cringing both at their comments, and also at the fact that if I was thirteen again and reacting to this video, the same thoughts would have probably run through my mind.

On the other hand, though, as these teens were discussing Onika’s now infamous video, they gained a more accurate perspective on the role of women in pop culture. In the same video, when asked how hypersexualized representations of women – as opposed to men – could affect our society, a teenage boy responded: “Ouch, that hit a nerve… it kinda bothers me. Why haven’t I thought about this?”

To me, this is progress: the fact that Minaj is provoking reactions and, more importantly, reflections on these twisted, societally-entrenched gender roles – through her blatant caricaturing of female objectification, however extreme it may be. At worst, Nicki is inviting young people to second-guess and question the validity of these problematic portrayals of gender norms, pushed down onto us through their prevalence in modern pop culture. However, socio-cultural progress, though daunting and seemingly impossible, must start from somewhere.

Nicki is trying to bring about this progress not only in our perception of women in popular media, but more accurately our perception of women of colour (WOC) in popular media. As a result, “Anaconda” is an intersectional statement. In terms of intersectionality – the academic buzzword denoting the combination of different forms of oppression and discrimination – it seems to me that Onika made this video for women of colour. Again, Nicki is in control and there’s no recipient of her sexual gratification besides herself. Though Minaj definitely is not the first to contest the public gaze in this manner (shout out to Lil’ Kim and Missy Elliott), the reaction and exposure of “Anaconda” has attracted an unprecedented amount of scrutiny to the black woman’s body – and that’s a great thing.

With this video, Nicki attempts to destroy the limiting and reductive notion that a woman of colour should dress and act “respectfully,” censoring her sexual expression in order to be accepted by mainstream feminism. If WOC don’t abide by this notion, our actions will never be perceived as empowering women, and we will never be exemplary feminists. Nicki is proudly parading her body and sex drive while simultaneously exemplifying self-confidence in her sexuality and in the colour of her skin. She encourages us to dispute the widespread belief that confidence and libido are mutually exclusive; in fact, confidence can come from your libido, not merely despite of it.

Having said that, Nicki’s not the only one to challenge respectability politics. The recent hashtag #HowMediaWritesWOC exposes the toxic discourse that demeans and dehumanizes women of colour; especially, how popular culture warps the way WOC perceive themselves. A pertinent tweet sums up the gravity of intersectional feminism:

“[White women] with zero understanding/exposure to WOC are routinely allowed to explain ‘what [these] women want/need/are.’”

Most importantly, calling Nicki Minaj or any woman a slut, whore, disgusting or even suggesting that she is degrading towards women – for actions she has rightfully and willfully chosen to take – is a means of oppression. Therefore, every time you shame a woman for how she expresses her body, her identity and especially her sexuality, you aren’t just “hurting their feelings” or “exercising free expression and the right to be heard: you are executing their oppression with your words. Such words have the power to abet the perpetuation of respectability politics, and exacerbate the real and damaging consequences they specifically have on WOC.

Like all women, WOC are also vulnerable to suicidal ideations, eating disorders, depression, and other forms of self-harm. However, they must additionally overcome the censorious and slanderous way media and society present and scrutinize their bodies due to the colour of their skin. Slut-shaming, especially for WOC, reinforces and authorizes these derogatory narratives to continue to be accepted as reality. This amounts to nothing short of an act of violence by putting actual lives at risk. Such serious risks are the reason why speaking on a woman of colour’s sexuality should be handled with the utmost discretion and introspection, especially if you are in a position of privilege (ahem, #swbs).

The existence of this misogynistic and condescending discourse toward Nicki Minaj dehumanizes all women. When accepted, it inadvertently allows, and even encourages harassment, discrimination, assault and other acts of discrimination. We should opt out of perpetuating these oppressive narratives, and celebrate instead the unprecedented display of such multifaceted representations of WOC – with “Anaconda” being the most recent.

Nicki is leveraging her global reach as a platform to push forward a narrative of empowerment for all women – especially those of colour. The criticism against her highlights a problem we have as a society: the view that the bodies of women are public property, which can be ogled and discussed freely. Through “Anaconda”, Nicki Minaj confirms that she does not need to fit into your mold of a “respectable woman” to be respected or capable of empowering other women.

It has been a strange couple of years for the multi-instrumentalist, singer- songwriter & producer Anderson .Paak. Born in Oxnard, California…