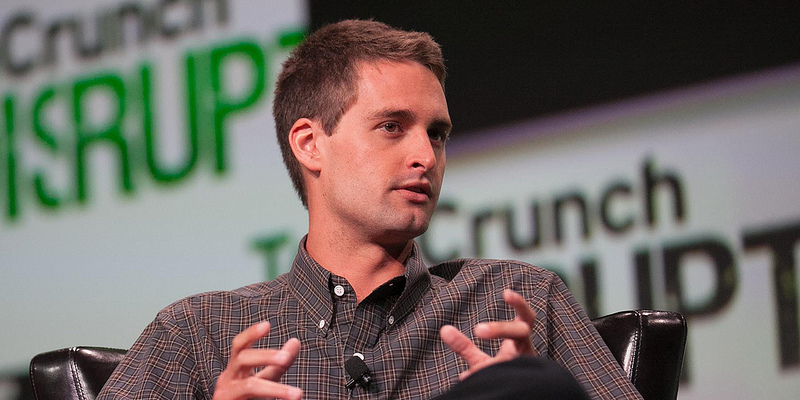 “That’s insane!” declares Lydia DePillis of the Washington Post. Just months after SnapChat, a picture messaging app based in California, was valued at $800 million, new reports have seen that number jump to $4 billion. The valuation has raised questions throughout the industry, with many analysts suspicious as to the company’s true value. Among the frontrunners in establishing a stake in the company is China’s Tencent, the internet company behind the popular WeChat messaging service. Tencent is reported as potentially paying $200 million for a position, which some investors see as questionable. How is it possible for this relatively simple app that has no revenue to be valued so high? What is the reason for this huge boost in value?

The value lies in its potential. In a day and age where extensive personal information can be easily tracked over the internet, an app that allows users to send photo messages that are permanently deleted in seconds taps into a growing desire for privacy. Thus, the impermanence of Snapchat is the source of its explosive popularity.

The app has gone global. with approximately 26 million users, and does not plan to make any money off of them. It does, however, have plenty of potential for continued growth. The company launched its Stories product last month, which allows users to create status updates (similar to Facebook) using pictures and videos. CEO Evan Spiegel is also looking into ways to play music through the app.

Many analysts seem to think that this valuation is too high. If the deal goes through with Tencent, Snapchat will be worth more than Instagram, which was valued at roughly $1 billion shortly before Facebook acquired it for $715 million.

A valuation that is viewed as so exorbitantly high will certainly raise red flags in the market, as investors become increasingly vocal over their suspicions of a price bubble. Moreover, many see it as an indicator of far worse consequences for the industry as a whole in the very near future. Investment banker Josh Felser states: “There was just no justification that any of us can come up with. When I saw that, I thought, are we at the end? Is the bubble about to burst? On the outside looking in, it looks outrageous.”

Others believe that the price tag is just a number, and the only thing that really matters is how much is actually paid for the company if it sells. Tencent’s investment is driven not by the valuation itself, but by the expected return upon sale at a later date. Looking at this from Tencent’s perspective, they are investing in something that could be worth a lot (emphasis on the uncertainty) and they are getting their hands on it before anyone else can. Eyes have namely shifted to Facebook, who has made attempts to buy Snapchat in the past, but was flat-out rejected. Although these firms feel that adding Snapchat to its ranks may make them more competitive in global tech markets, the inherent risks are magnified when it is considered that the app’s popularity may be short lived.

Facebook is already is starting to see its popularity fade, as evidenced by the disappointing earnings reported on Wednesday, October 30th. While Facebook has struggled in the past with transparency regarding its privacy policies, as well as several poorly received amendments to how users can manage their privacy settings, Snapchat has been largely received as a safe app to use as the service deletes photo messages once they have been opened. However, many users are unaware that photos which are not opened are held on Snapchat’s servers, where they can easily be accessed. Additionally, users are still capable of screenshotting a photo under the pretense that the sender is notified when it happens.

While we continue sending photos of our reaction to the latest episode of New Girl to our friends, investors will continue to worry over Tencent’s eager move on Snapchat. The uncertainty around the investment is made all the more uneasy as questions continue to circle around the valuation figure of $4 billion.

Addressing the urgent need for sustainable growth in developing countries, World Bank President David Malpass lectured on the relationship between…