Birds of Paradise are a species known for their flamboyant display of coloured feathers. However, not only do they display their feathers to entice potential partners, but males also resort to tickling their partners’ faces with the shafts of their lower torso feathers. I guess humans aren’t the only species who enjoy sensual chest hair.

2. So You Think You Can Hitch Hike?

Anglerfish are known to live at the depths of oceans and display a set of strikingly sharp teeth. Females have an apparatus, analogous to a fishing rod, which allows a male to bite down, hitch a ride, and be fed by the female. In return, he fertilizes her eggs when the time comes. That being said, I don’t know who benefits more: the female who can get it whenever she wants, or the male who gets 90 percent of the effort of eating being handled for him (the other ten percent requiring that he actually chew and digest the food, which the female cannot do for him, unfortunately).

3. Bro Tip: Take Her Out to Dinner First

The female praying mantis is known to be a cannibalistic eater. When it is time to mate, she lures males in with pheromones: chemical substances released by organisms to affect the behaviour of others. The male that displays the most adequate courtship dance gets the privilege of latching onto the female’s back for a short moment of intimate and passionate lovin’ between the sheets. A dramatic end to the brief romance, the she-mantis chomps off her partner’s head during/post coitus. Some research suggests that the male might be a better thruster without his head… Right. In any case, the female gets a 2-for-1 deal. Perhaps the species’ females should be called “preying” mantis, while the males modified to “praying”? Just a thought.

4. I’m a Strong, Independent Cnemidophorus and I Don’t Need No Man! 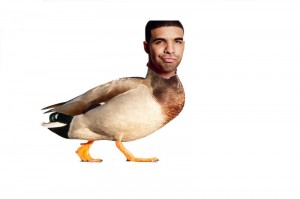 Mallard ducks have a peculiar tendency for promiscuity. Males and females only stay together until she lays her eggs. After that, the males, referred to as drakes, leave their mates and join together in packs. Once separated from their partners, the drakes remain sexually active, and what the sexual appetite they have! Indeed, the herds of sexually repressed drakes will forcibly mate with solitary female mallards. They sometimes target a single female – perhaps even one of a different duck species – chase her until she is weak, and then take their turns mating with the her. On other occasions, they might even copulate with another horny drake. And, to top it all off, drakes have screw-shaped penises. *drops the mic*

Last June was Pride Month, an important month of celebration for the members of the LGBTQ+ community. Several pride-related events…