Three months after selling out the Théâtre Corona, Daniel Caesar took the stage for the Montreal stop of his Freudian Tour. I recently published an article through The Bull & Bear about Daniel Caesar and the tremendous leap he took this year. My excitement grew when I found out that I would be sent to cover the concert, and I quickly developed certain expectations for the show and Caesar’s live presence. I expected Caesar to engage the audience early, to perform some of his back-catalogue music, and to use a rather simple stage setup.

These expectations are largely based on Caesar’s musical style, which is smooth, soft, and simplistic. Such a style fits well with a basic setup, rather than a flashy stage which would work better with more ornamented music. Additionally, this is a very low-energy style, which means Caesar would need to engage his audience quickly to maintain the energy throughout. Caesar is also very well-known for paying homage to the inspiration and roots of his musical career. Considering he samples one of his first releases, Violet, on his new album, I figured Caesar would take the fans on a trip down memory lane.

In addition to these expectations, I also wondered how he would go about performing some of the verses from featured artists on the album – would he cover those verses himself or skip them entirely? I was also curious as to how he would go about performing Neu Roses, considering it starts with a minute-long a capella segment. These expectations and uncertainties built up my anticipation for the show, so I could finally get the answers to my questions. 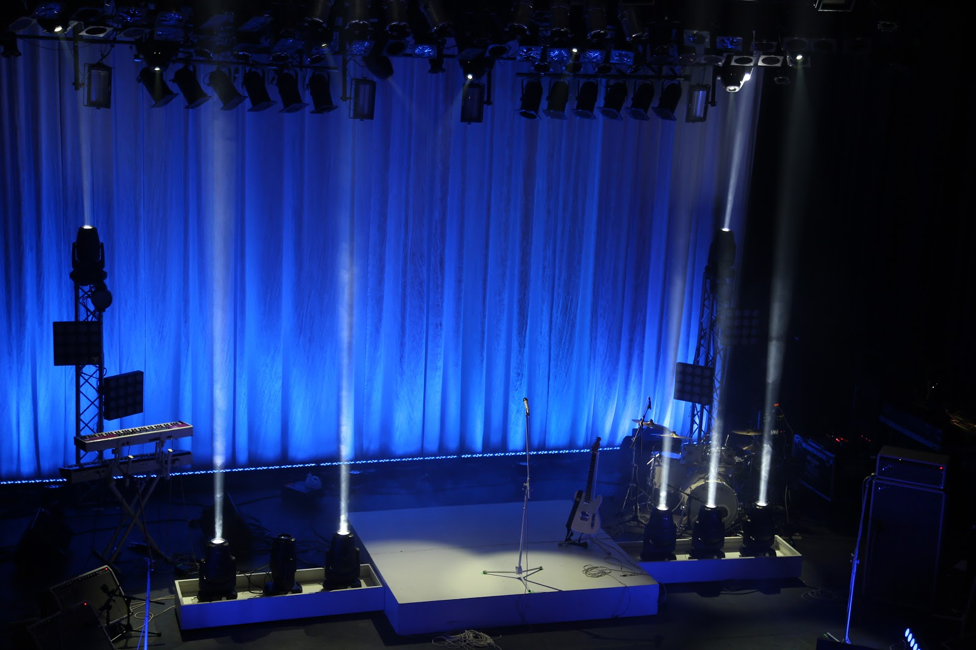 The night began with an opening set from Swedish R&B singer Snoh Aalegra, who was celebrating the release of her first album, entitled FEELS. Following three songs from her new release, Aalegra told the crowd about her journey from Sweden to Los Angeles, which taught her that home is not a place, but a feeling. She said this inspired her to write the song she would perform next appropriately named home. Aalegra would go on to perform Time, which was famously sampled throughout Drake’s Do Not Disturb, before closing her set with a medley of her own songs and other popular R&B and Hip-Hop hits, namely Travis Scott’s Goosebumps and Kanye West’s Heartless. Aalegra was confident and bold on stage, showing off her array of talents and the different sides of her music, from her passionate vocals to her danceable jazz revival. 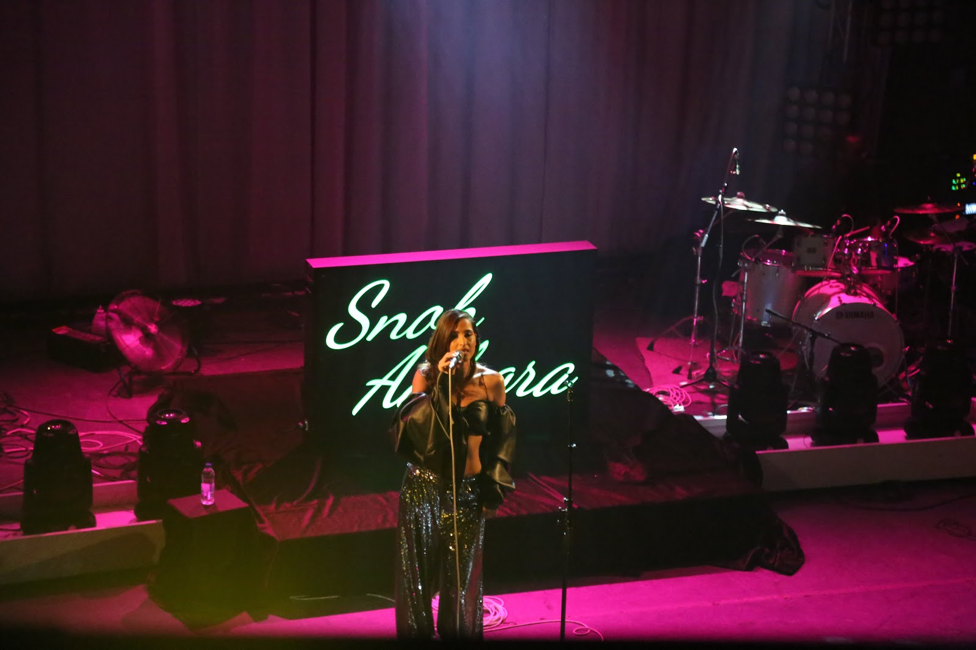 Caesar’s stage was quickly setup with bright lights along the base of all three walls, an elevated platform in the centre, and a row of bright spotlights aimed toward the ceiling on each side of the platform. As I expected, Caesar opted for a simpler stage, rather than following the trend of using bold decorations and digital screens for backdrops. I particularly enjoyed the spotlights aiming up towards the ceiling, creating an angelic effect that fit perfectly with many of Caesar’s songs. The band entered and began to perform an interlude from Caesar’s ten-minute conclusion track, Freudian, accompanied by angelic vocals. The instrumentals built up to a sudden second of silence, when Caesar would enter and begin performing his single, Japanese Denim, on a stage drenched in blue lighting. Immediately after this song, Caesar moved on to his new album and performed Best Part, engaging the crowd by prompting them to sing the verse of featured artist, H.E.R.. To my surprise, he would repeat this practice for the rest of the featured artists’ verses on the album, which I found to be a much better decision than skipping verses that his fans have fallen in love with over the  three months since the album’s release.

All of the lights went bright as the crowd began screaming and Caesar smiled, absorbing the audience’s energy. He would compliment the crowd before reaching deep into his back-catalogue  performing Violet, the lead song from his first EP Praise Break, released in 2014. I felt that this would be the lone song from Caesar’s past extended plays that he would perform, and I was impressed when Caesar transitioned into Death & Taxes from his second EP, Pilgrim’s Paradise. He took an interesting approach to the song, starting with a repetition of its outro before moving into the first verse.

Following this nostalgic portion of the show, Caesar returned to Freudian for Hold Me Down and Take Me Away. He then left the stage quickly while the spotlights beside his centre platform staggered on the ceiling and the back wall of the stage for the a capella introduction of Neu Roses. Caesar let the crowd sing along to the minute-long opening before he ran back to his stage platform to finish this song, followed by Transform, where he would once again call on the crowd to sing the verse of a featured artist – in this case, Charlotte Day Wilson. 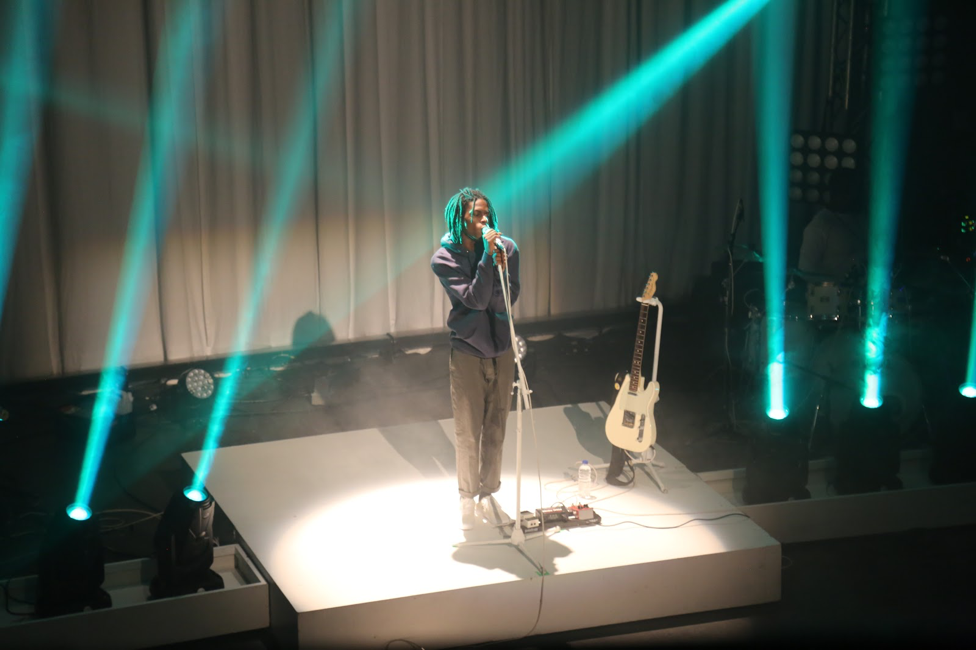 Caesar then left his centre-stage platform and approached the crowd for We Find Love and an intimate performance of Blessed. He sang to fans, touching the hands that reached out at him and even grabbing someone’s phone for a video from the stage. He thanked the audience for all the energy, expressed his love for Montreal and left as the band played on for another minute. Chants for an encore broke out once the band had finished, and Caesar did not disappoint. He came back to the edge of the stage to close his show with Get You, his breakthrough single from Freudian. The band would once again repeat their exit instrumental as Caesar thanked all in attendance once more, blowing a kiss before he dropped the microphone and left the stage for the night. The fans erupted with applause and screams to show their appreciation for the Canadian-born talent, and thanking him for an incredible experience at Théâtre Corona.

In all, I had high expectations for one of this year’s most highly-anticipated concerts in Montreal, and I am happy to say that Caesar was able to surpass the high bar I had set for him. His ability to deliver soft and smooth music with energy is commendable and it was a pleasure to be in attendance at this stop on his Freudian Tour.

Special thanks to Daniel Caesar’s team at the Purple Agency for welcoming the Bull and Bear’s presence and coverage during the concert.