After being forced to close their doors in November of 2016 due to a next-door fire, Alto’s is making its long-awaited comeback. On August 15th, the student staple held a soft reopening at a new location on Avenue du Parc, featuring the same menu, most of the same staff, and a renewed positive attitude.

Alto’s is a family business run by the Xenos and Kerassias families. In an interview with The Bull & Bear, owner and family member Fotini Xenos described her emotional state after having to close down: “At first, you go through different emotions… you’re sad, and after that you say, ‘maybe this is the time to throw in the towel,’ and say, ‘I guess this is a message, it’s over for [us].’ But then after a year and a half, when this locale became vacant, I said, ‘this place is waiting for me’ so we jumped at it and we took it.”

For Greeks, August 15th marks an important holiday:, tis Panagias, a day celebrating the Virgin Mary, as well as, according to Xenos, the name day for individuals with certain Christian names. When asked why they chose to open on a holiday, Xenos remarked: “My brother’s name is Peter [and] my sister’s name is Paula, so it is their name day, and we thought, ‘why not?’ It’s a holiday for us and it’s going to be a happy day as a family. It’s a symbolic kind of a day for us.”

The same classic items will remain on the menu, including poutine, pizza, and burgers. The decor, however, is entirely different: the families worked with their younger relatives and friends to design a fresh new interior. Xenos remarked, “The only thing that’s really changed is the locale. The decor is obviously an upgrade… [most of] the people who are working here are coming back, [and] we’re so lucky with our employees. And now, there’s going to be a few other people implemented [into the management team]. This is because, at our age, we can’t really be doing this for that much longer. We do like what we’re doing, but it’s the younger people that are going to take it over.” 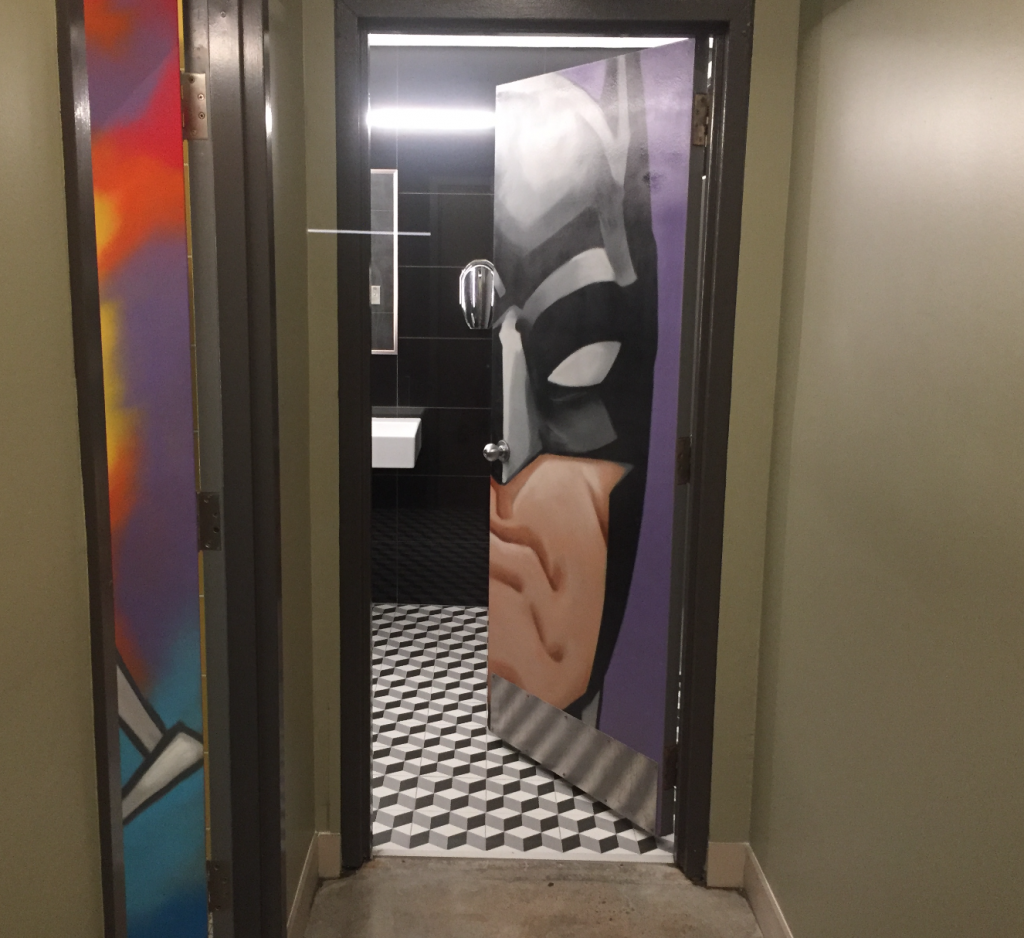 Xenos’ nephew, Stavaros Chrisis, known on instagram as @notonifs, is an artist who does sketches, 3D-modelling, and graffiti. He created several murals for the interior of Alto’s that give the place an urban touch. “I [asked Stavaros to do a] Catwoman and Batman [theme]. People are going to think I’m nuts, but you have to be young at heart, and I am. One of the reasons that I am is because I live in this neighbourhood. I think living downtown really makes you more open minded about stuff.” said Xenos.

When asked what she would want to say to the McGill community, Xenos replied: “We’d love to see them again! I Hope they’re going to come and visit us once again!”

On September 15, Catherine McKenna, Minister of Environment and Climate Change, returned to her alma mater to participate in a…