ArabFest offered an array of activities to those in attendance. The activities included card games like tarneeb and ronda, both of which were taught to beginners. There was also a traditionally decorated area dedicated to the application of henna, a body art that temporarily stains intricate patterns on the skin, and a photo booth with specially made props. Attendees found an “I love hummus” speech bubble particularly relatable.

The festival opened with a ‘singing and string’ performance by Lamia Yared, a Montreal-based Lebanese musician and her group, Ensemble Zaman. The group uses an oud, a short-neck string instrument, to perform traditional songs. A zaffe, a musical procession of drums, horns, and dancing performed by Zaffetna Elite Dance, followed. A Moroccan Gnawa, another music and dance performance, and belly dancing, drew the entertainment portion of the evening to a close.

Also featured at ArabFest were kiosks selling organic beauty products, traditional clothes, and accessories from the majority of the countries represented at the event. Kiosks were in place to help students from the Arab community cope with homesickness and to introduce non-Arab students to elements of Arab cultures. Available for purchase were handmade bracelets and necklaces from Tunisia, Syria, Egypt, and Algeria, as well as books, key chains, and decorations from Morocco. Considering the immense popularity of soccer in the Middle East, it was no surprise to see Egyptian superstar Mohamed Salah’s jersey for sale next to traditional clothing. 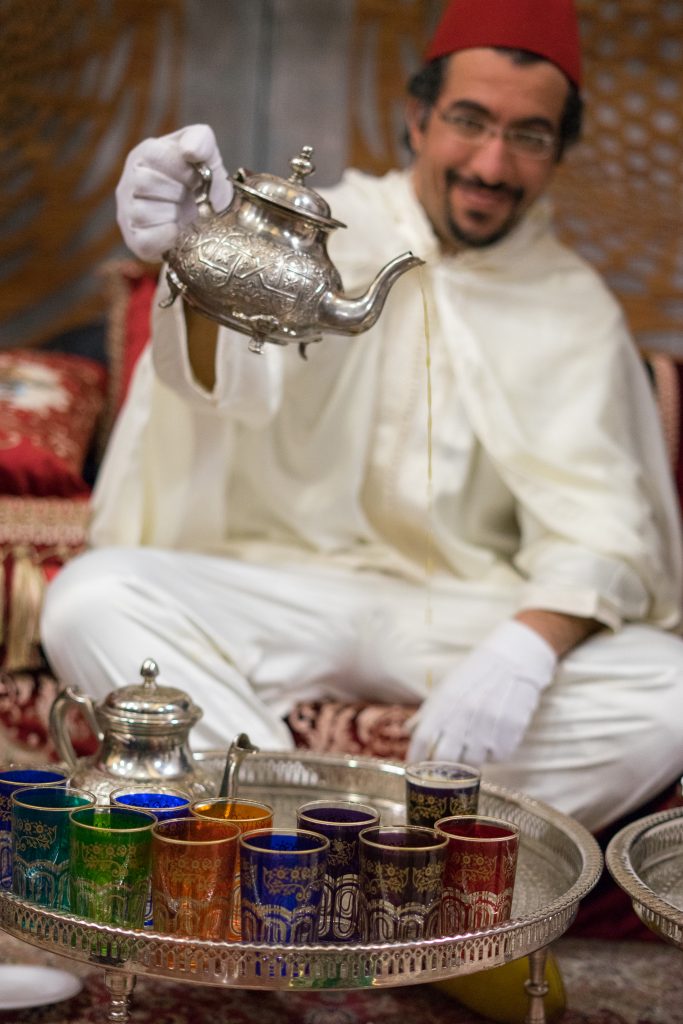 A plethora of food options from each of the countries represented were available at ArabFest. Mirage Mediterranean Restaurant was on site serving shawarma and falafel, and the Moroccan Students’ Association served traditional dishes including beghrir, bastilla, mlaoui, harcha, and Moroccan tea. Additionally, baklava, bassboussa, imported cookies, and Palestinian dates were all for sale by a local supermarket, shedding light on where students can buy such products in Montreal.

Samer Al-hadidi, the president of the Arab Students’ Association, articulated that this was the first time that so many of the Middle Eastern student associations at McGill had collaborated to host an event of this scale. In a time of divisiveness and trouble in the Middle East, these associations decided to celebrate the Arab community at McGill through an expression of unity. Al-hadidi mentioned that many of the associations involved are severely underfunded and do not have a large student following. For that reason, Al-hadidi noted, they hope that ArabFest’s success is indicative of a new era for these clubs. Al-hadidi thanked all of the members from each student association represented at ArabFest, and acknowledged that the event could never have been so successful without the high level of commitment and incredible amount of work put in by club executives.

ArabFest was not only meant to be a celebratory event, but also an educational one for those with little exposure to Arab culture. With every table and kiosk was a traditionally clothed representative available to shed light on the nationality or culture they represented. This not only underscored the the club executives’ emphasis on inclusivity, but worked toward the clubs’ common goal of increasing their memberships. The event brought together food, entertainment, activities, and people from different Arab cultures, resulting in a sense of excitement for future events within McGill’s Arab community.