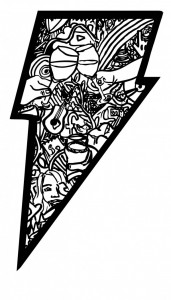 The simplest choices in life often dictate the friends we make. The residence we live in, the classes we take, or even where we choose to eat lunch play a major role in determining the people we end up befriending. “I made most of my friends at New Rez,” reminisces U3 Political Science student Miki Taye. “I met a very good friend of mine by just sitting with her when we were both eating alone in the cafeteria.” What if our residence lottery went another way or if we chose a different major? What happens to the friends we would have made in that alternate timeline?

The overwhelming nature of first year has left some upper year students feeling unfulfilled due to their inability to expand their social circle enough during those formative years. This is particularly true for students who decided to live off campus during first year, did not feel comfortable in their assigned residence or who felt absolutely overwhelmed by Frosh.

In upper years, social barriers often exist when meeting like-minded students for there becomes a perceived smaller window of opportunity. “What I have found is people form their group of friends in first year and get comfortable with that,” says U3 Economics student Eve Yekelchik. “Once they feel settled, minimal effort is put into meeting new people, and now it almost feels too late.”

In response, U3 Political Science and Biology student Joseph Macneil has created Thundr, a McGill-centric application to help provide students a window of opportunity to branch out and meet like-minded classmates. “Thundr is meant to help McGill students meet the cool people they should already know, but have yet to meet,” Macneil explains.

Macneil believes that social media can provide the tools to remove those barriers when meeting new people and do it in a more personal, interest-driven way that Frosh or rez life often do not offer. “In first year I was one of over 600 people in New Rez, and felt as if there were barriers to expanding my social network because people tended to be stuck on their own floors,” recounts Macneil.  “Frosh was also overwhelming because you’re set off into a huge group and are just told to go wild.”

Thundr allows users to create an account and input their interests ranging from movies, music, inspirational figures, and enrolled courses. Based on this information users with the most overlapping interests are paired. Macneil uses a matching algorithm to display users whose profiles reach the defined threshold for pairing, then some self-supervision is applied to make the final decision. The matched pair will then bring along two of their friends to allow for a more comfortable experience. Larger groups act as a social accelerant, allowing users to meet with a greater amount of people.

Thundr is marketed as an “adventure club” because it provides users with opportunities to branch out of the “McGill bubble” and see different parts of the Montreal nightlife not typically frequented by solely university students. “Once a week you can go to different places you wouldn’t normally go to like bars, speakeasies and lounges, places with more of a relaxed atmosphere where conversations are encouraged” explains Macneil.

On event nights, also known as “Thundr Thursdays,” a reservation will be made for your party at a “trendy watering hole in the Plateau, the Mile End, or Old Montreal” and Thundr will levy a fee of $15-20 from each attendee to pay for the first round of drinks. The idea behind the fee is to make sure that everyone shows up and also to ensure they will not feel tied down to wait for the bill. “If it is too awkward, anyone can ‘thundrbolt’ at any point of the night since the bill has already been paid for, but ideally they’ll be ‘thundrstruck,’” notes a bemused Macneil.

Thundr has garnered a strong level of interest from students. Since registration opened at the beginning of September,  approximately 150 users have created profiles. Each user has on average posted 40 interests to their profile.

“Thundr’s target audience is anyone at McGill who believes there are people out there that they would really like to meet,” Macneil explains. While advertising has been more geared towards first years, users are distributed fairly equally among the years and genders with freshmen representing a small plurality.

Macneil says he is not able to define if Thundr is meant more for romantic or platonic relationships. “Each user can approach Thundr the way they want to, the idea is just to get creative people talking about the things they are passionate about.” The vast majority, however, are not using it as a dating site, as 80 percent of current users have indicated that they are looking to meet any user with whom they are matched.

Looking forward, Macneil is focused on Thundr’s first set of events, which started on October 3rd for early registrants. He hopes to demonstrate the interest in his service to bars in order to create more partnerships and find additional discounts for Thundr users.

There are a variety of applications to help people meet one another such as OkCupid or MeetMe. Thundr takes a slightly different approach because it is completely McGill-centric and pairs users based on their passions. Dating website OkCupid, for example, requires users to answer questions such as “how messy are you?” or “have you ever cheated in a relationship?” and then filters potential matches to find other users with a similar attractiveness rating. Moreover, Thundr seeks to provide a comfortable intimate environment to facilitate conversations amongst small groups, while OkCupid is geared towards one on one dates or MeetMe which brings together a large group of people sharing a particular interest.

In the past, there was a stigma attached to meeting people online as it was seen as something reserved for socially awkward people or busy professionals who do not have enough time for dating in the traditional sense. However, more and more people are using social media as a legitimate means to forge friendships and relationships. Amongst university students, where nearly everyone has a large internet presence through Facebook or Twitter, meeting another classmate online is by no means a rarity.

So, does this stigma still exist? “I don’t think there is very much of a stigma to meeting people online at all,” Taye responds. “The internet is such a large part of our lives that no one is off put by meeting friends on it.” However, Yekelchik takes a slightly more conservative stance. “While I think that the stigma definitely still exists, it is becoming more normal and accepted.”

On Monday, February 24, students clamored inside the the upper floor of Thomson House to try foods from all over…