On March 15, after the launch of the sixth volume of their journal, Contours hosted a discussion with Ava Williams about sexual assault and the criminal justice system.

Contours is a McGill publication representing the voices of women in law. Their sixth volume, published in the climate of the #MeToo moment, focuses on women’s experiences with sexual assault and harassment. Romita Sur, Senior VP Organization of Contours, explained that “the journal was created as a space for women to talk about issues impacting the legal profession and their own lives, and to do it in a different form,” which includes both academic and creative pieces.

According to Rebecca Kaeser Reiss, Managing Editor of Contours, the journal aims to empower the voices of women in a field dominated by men. As well, Kaeser Reiss explained that the journal draws increasingly on the concept of emotional intelligence, which is fundamental to being a lawyer, yet “is not taught in law school or valued in the profession.”

Ava Williams is currently a law student at Western, and her article in Contours is the first published submission by a non-McGill student. Williams’ story brought to light problems within Canada’s criminal justice system, particularly around police services.

Williams was a first-year undergraduate student at Western University when she was raped at a keg party. Following the assault, she was interviewed by a detective who seemed not to believe that the occurrence was non-consensual. Her story became central to the Globe & Mail’s “Unfounded” series, in which 37,000 cases of sexual assault in Canada were investigated. “Unfounded” is when a police officer dismisses a case because he or she does not believe a crime occurred. The Globe & Mail investigation revealed that 30% of sexual assault cases in Canada are dismissed because they are unfounded. Williams is now suing the London Police Board for systemic discrimination under the Charter. 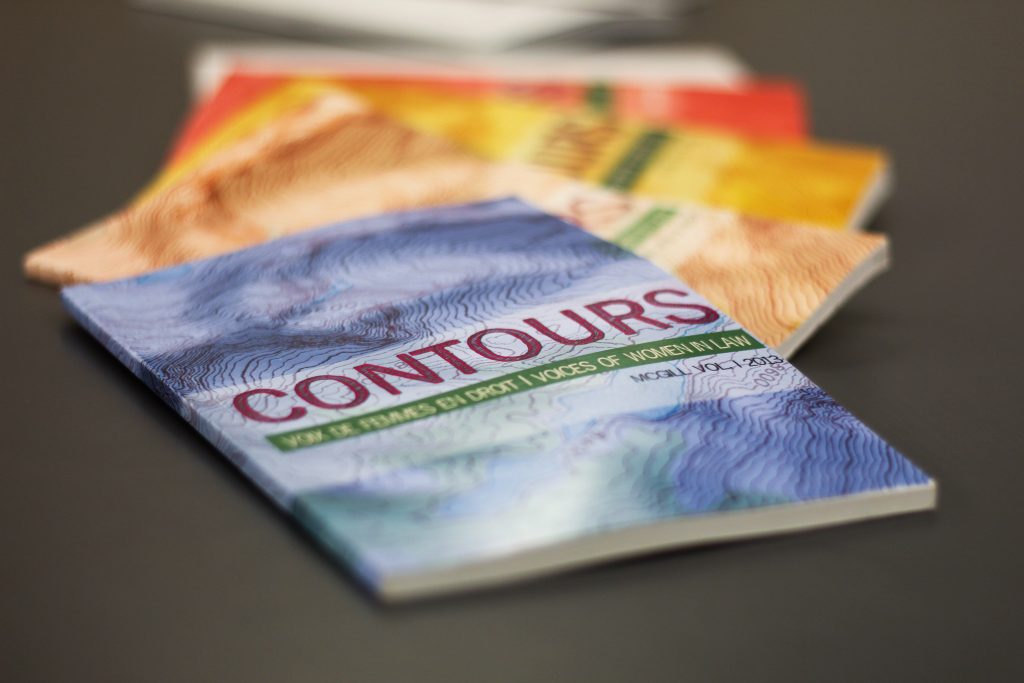 When Williams began to unpack her trauma six years after she was raped, she wrote a letter to the detective who interviewed her, which she performed at McGill as spoken word. In her letter, she recounts the 24 hours following the rape, claiming that “what happened after the hospital was ten times more demeaning,” describing the interview as “a second trauma.” According to Williams, the detective’s doubt was overwhelmingly clear throughout the interview, in which he was “hell-bent” on convincing Williams that her alcohol consumption affected her “ability to make decisions regarding [her] own body.” Currently, psychologists use Williams’ interview to teach police forces across Canada how not to handle interviews with sexual assault survivors.

The discussion that followed was driven by McGill law students concerned with issues in the criminal justice system. One student pointed out the fundamental misunderstanding of Williams’ situation by the police, and questioned how to educate law enforcement. Williams asserted that “the laws that the police uphold need to be explained to them, and I don’t think that they are.” She also suggested that the idea of rape myths needs to be understood in order for people to understand the laws of consent. The discussion concluded with Williams expressing that she was unaware of the resources available to her at the time of her rape, and she would like to see more awareness of civil litigation avenues and disciplinary actions within universities against sexual assailants.

Whether you listen to radio stations or Spotify playlists, one name has been buzzing around the music scene since spring:…