Principal Fortier discussed how she plans to make students “future-ready,” while three McGill professors presented their groundbreaking research on sustainability.

Last week, global leaders traveled to the Swiss ski resort town of Davos for the annual meeting of the World Economic Forum. This yearly event brings together nearly 3,000 leaders from governments, businesses, NGOs, and academia to discuss current global issues and help shape future agendas. Principal and Vice-Chancellor Suzanne Fortier represented McGill for the second year in a row and was the only Canadian university invited to attend. Principal Fortier was accompanied by three McGill researchers: Professors Andrew Gonzalez from the Department of Biology, Graham MacDonald from the Department of Geography, and Elena Bennett from the Department of Natural Resource Sciences and the McGill School of Environment. 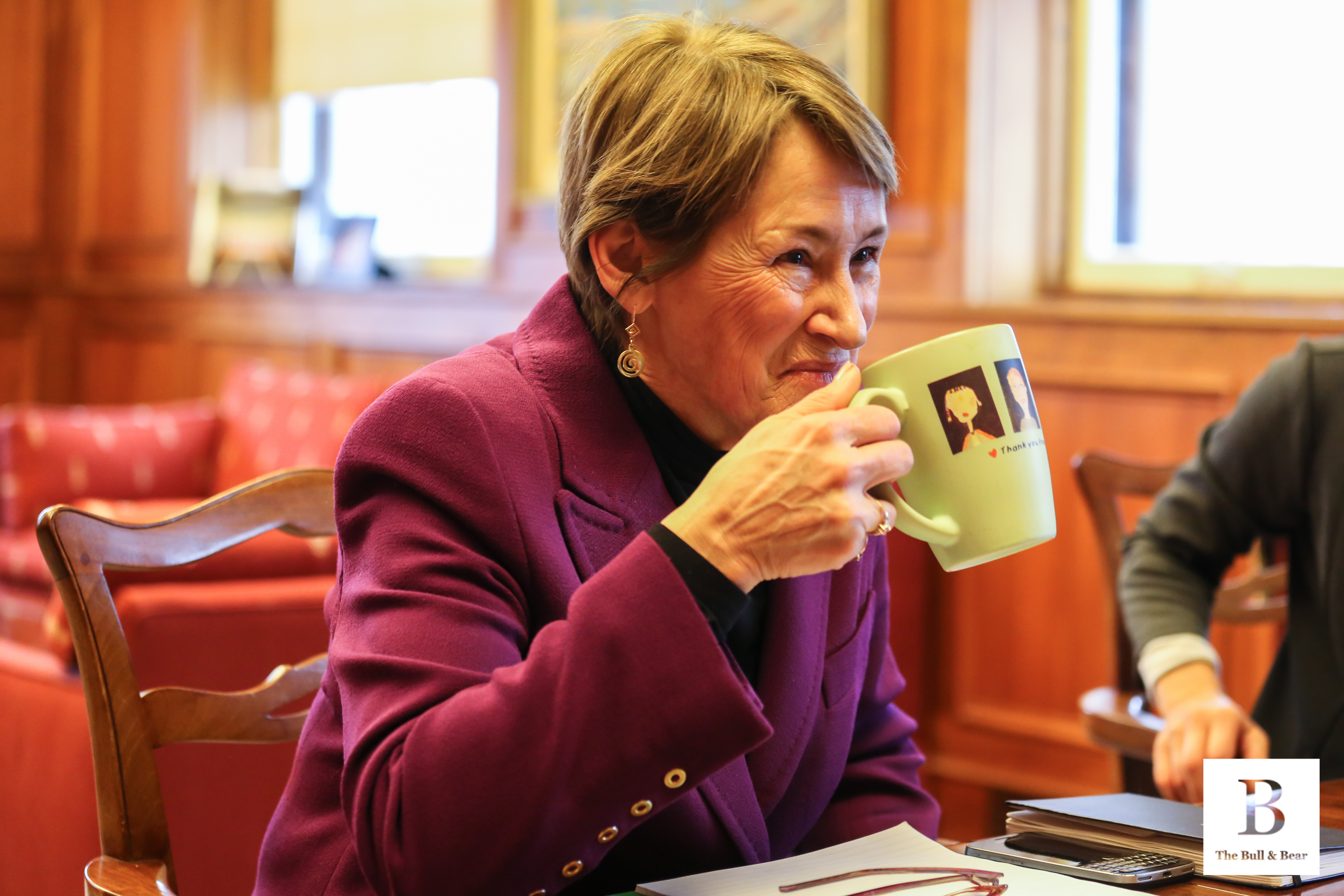 Just off the plane from Switzerland, the group was excited to speak with The Bull & Bear about their time at Davos. “I don’t think I have ever had an experience as powerful as this one, that really puts you in the middle of being able to see what’s coming in the world,” Principal Fortier said. “It is, at all levels, a reading of where we are today and what we need to prepare for in the future. As a participant, you have this unique opportunity to be able to see that and to contribute to it.”

The overall theme at Davos this year was “Responsive and Responsible Leadership.” With over 400 sessions packed into the four-day event, speakers covered everything from the rise of populism to the global financial outlook and the impacts of income disparity. Other widely discussed topics included climate change and the rise of artificial intelligence (AI), both of which were of particular focus for the McGill delegation.

On the second day of the conference, Principal Fortier spoke about AI in a panel discussion on “Jobs and the Fourth Industrial Revolution” with Erik Brynjolfsson, Director of the MIT Initiative on the Digital Economy. Many at Davos believe that AI is driving the fourth industrial revolution and will disrupt industry around the world, fundamentally changing the way we work and live.

Principal Fortier and Brynjolfsson were especially concerned with what this means for education. While robotics is already displacing workers in low-skill jobs like the automobile industry, soon they fear it will increasingly replace high-skill jobs that require analytical skills. “You can imagine [this happening] in some of the jobs that people coming out of a BComm might be taking initially,” Principal Fortier explained. The challenge now is determining how to best prepare students for this complex and changing job market in both the long term and the short term. One question, Principal Fortier said, she needs to think about is: “what is the learning experience [students] must have to be prepared for the world ahead? A world that we cannot even predict yet. It’s not a matter for us to have students who are job-ready, they have to be future-ready.”

A New McGill for a New World

Principal Fortier believes students must focus on developing the skills that set us humans apart from computers – creativity, leadership, and compassion. She wants to encourage students to think deeply, be ready to take initiative, and dive into knowledge. These “social dimensions,” as she calls them, are crucial to being “future-ready.”

To better prepare students for their careers, Principal Fortier suggests integrating different modes of learning into the university’s academic curriculum. This means increased opportunities for McGill students in all programs to have learning experiences outside the classroom through internships, field studies, or community involvement in both the public and private sectors. Her goal is to be able to provide one such work-learning experience for every student at McGill, and in order to achieve this, McGill has joined both national and international initiatives.

In Canada, Principal Fortier is a member of the Business/Higher Education Roundtable, an organization launched in 2015 to foster partnerships between Canadian universities and some of the country’s top companies. Currently, Principal Fortier is working with other university presidents and private sector leaders to create work-learning programs across a variety of sectors throughout the country.

McGill is also the only Canadian member of the Global University Leaders Forum, the intellectual community within the World Economic Forum. It is made up of the presidents from the top 26 universities in the world including Harvard, Yale, Oxford, and Cambridge. In addition to attending Davos every year, the group meets on a regular basis to discuss the future of higher education and to foster collaborations with the business community. The Forum has afforded Principal Fortier the opportunity to connect with industry leaders from around the world and create new partnerships on a global scale. As a school that prides itself on international diversity, McGill recognizes the importance of being able to provide work-learning experiences for students not just in Canada but also abroad.

In the short term, Principal Fortier says the forum and the roundtable have been great for strengthening the university’s international reputation. In the long term, however, it remains to be seen whether both initiatives can mobilize enough business leaders to actually provide every McGill student with a work-learning experience. Principal Fortier emphasized that “we need to have these other [private and public] sectors create programs to welcome our students into their organization.”

Innovations in Sustainability on Campus

Meanwhile, McGill Professors Gonzalez, MacDonald, and Bennett are already driving innovation and change in their classrooms, their labs, and the community. They were invited to Davos to lead an IdeasLab on “Shaping a Sustainable World.” The professors presented their own research and a range of the sustainability initiatives happening at McGill to an intimate crowd on the last day of the conference. 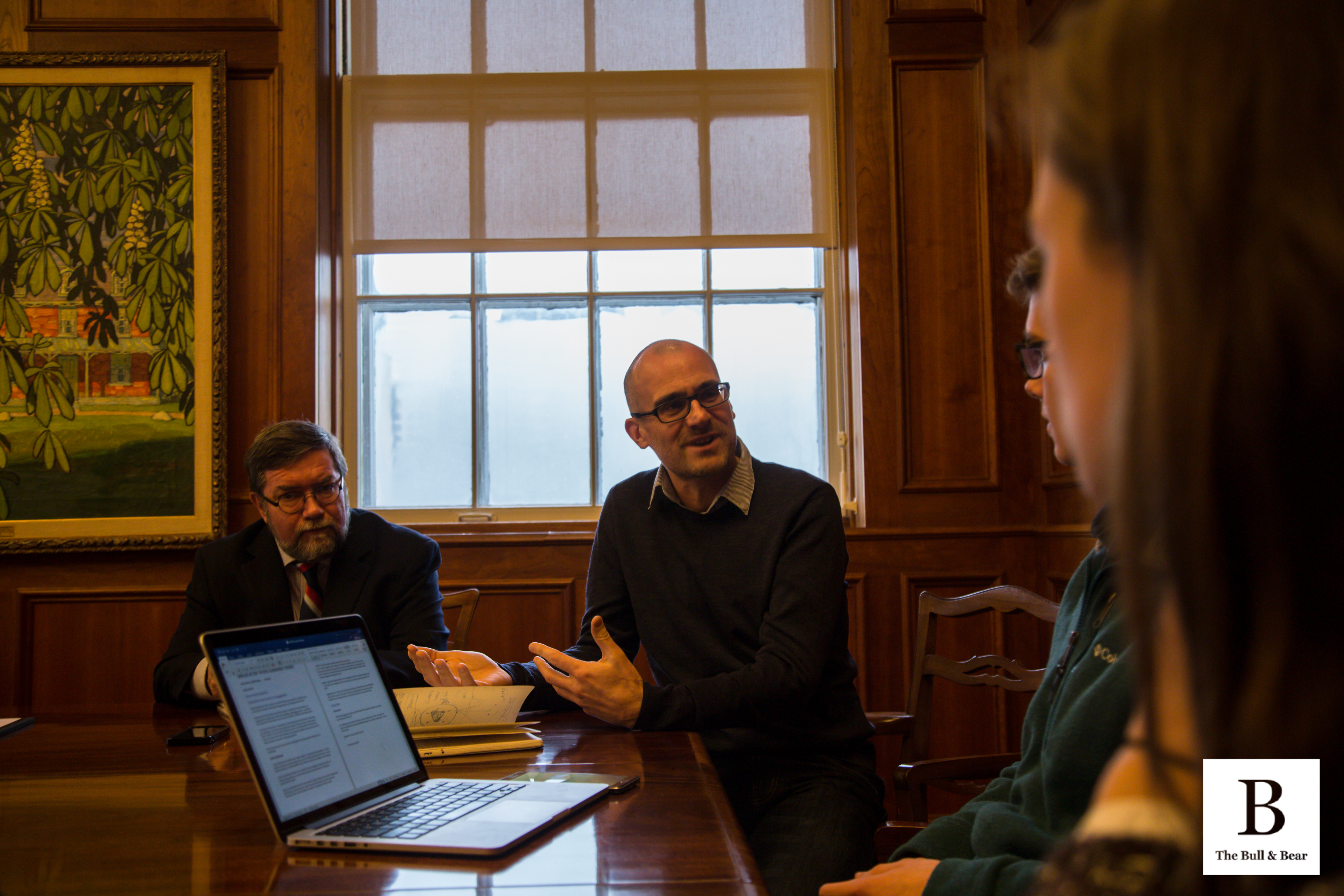 Professor Gonzalez studies biodiversity and ecosystems in relation to urban planning. He believes a main challenge of the 21st century will be building more environmentally-friendly cities, while maintaining equitable human well-being. As urban spaces continue to sprawl around the world, he says, “they fragment and disconnect ecosystems. And this loss of ecological connectivity erodes biological diversity, and degrades the very ecosystems services we need for sustainable cities.”

Through his research at McGill, Professor Gonzalez has found that by combining network science, biodiversity science, and land cover data, we can reconnect and restore ecosystems on a global scale. In 2009, the Quebec government asked him to build an ecosystem network for Montreal and the surrounding area using this research. He has since partnered with municipalities and NGOs to restore the city’s greenbelt and plant nearly 15,000 trees around the city.

Building on the theme of sustainable science, Professor MacDonald presented his research on food systems and the globalization of agriculture. “In many countries, the very ability to eat a food like avocado is a direct benefit of international trade. We are eating on an interconnected planet,” he explained. “Food trade now shapes land use worldwide and is reshaping the food supplies of many nations.” 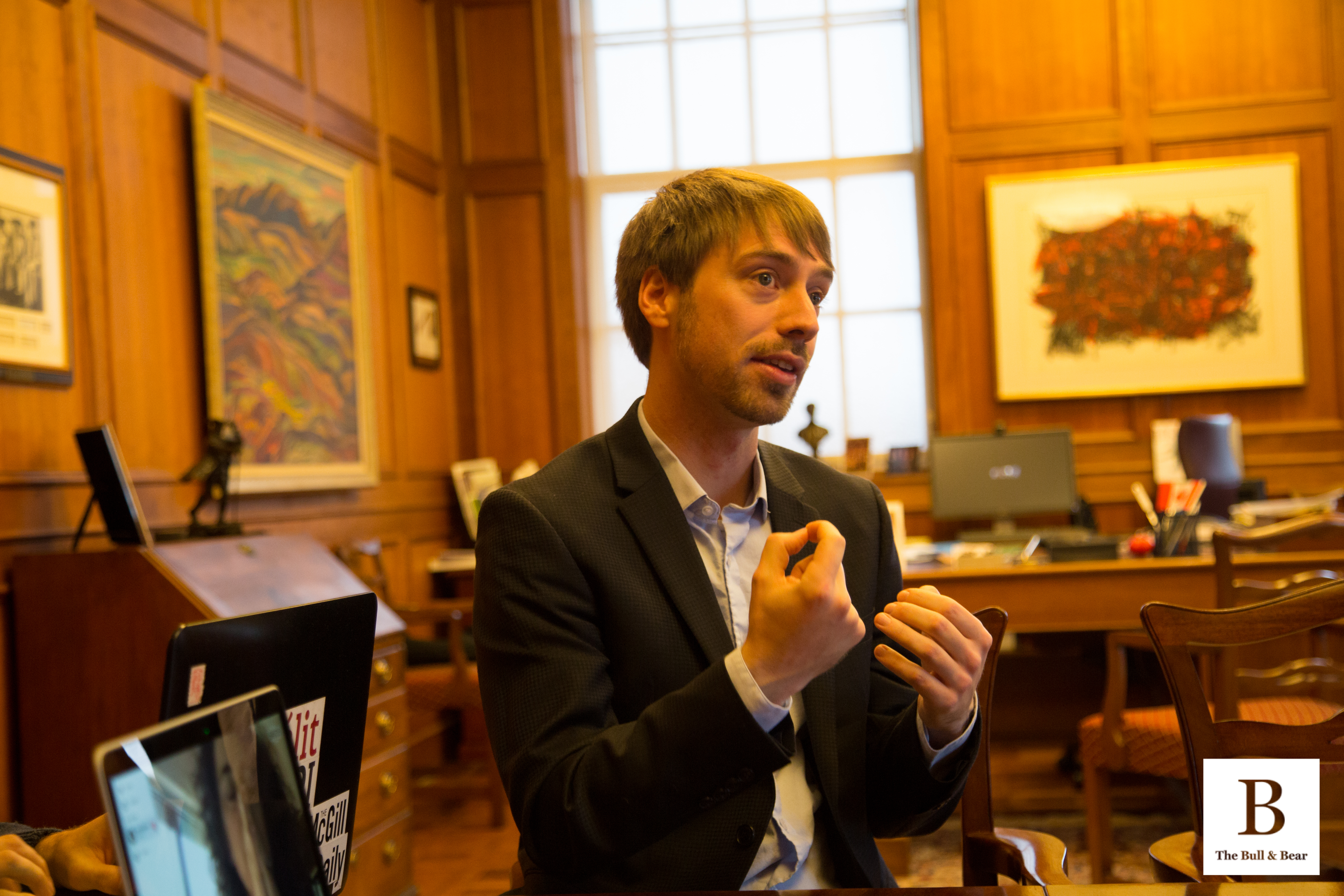 While Professor MacDonald agrees that being able to eat an avocado everywhere in the world has its benefits, this changing demand for products is also putting undue stress on our food systems. So his research at McGill focuses on how to feed cities using multiple scales of production – at the local, regional, and global levels. Using global trade data, food supply statistics, and information on agriculture and land use, Professor MacDonald hopes to find sustainable food system strategies to ensure global urban food security in the future.

Like her colleagues, Professor Bennett is concerned with the management of ecosystem services and the future of the environment. Based at the Macdonald campus, her research focuses on identifying positive and realistic pathways to building a better anthropocene, our current geological era in which human activity shapes the planet.

At Davos, Professor Bennett presented her project called “Bright Spots: Seeds of a Good Anthropocene,” which collects examples of success stories of human-environment relationships from around the world. She has built a database with nearly 500 ‘bright spots’ and is studying them in detail to better understand what makes these particular initiatives so successful. “We see our seeds of a better anthropocene, our bright spots,” she says, “as a sort of pocket of a better future that is already in existence today.”

All three professors emphasized how eager they are to bring back what they learned from Davos and share it with the McGill community. As Professor Gonzalez explained, “the [McGill] sustainability initiative is about creating projects that span multiple faculties and departments and many of us are already collaborating with colleagues across faculties.” Principal Fortier also added that as she works with the provost to create a strategic academic plan for the university, she hopes to make this collaborative environment a real, living experience for all students.

For now, Professor Bennett encourages all students to jump in – there is no reason that sustainability should be limited to just the sciences. Professor Graham added that being involved with campus initiatives and student government is a great way to get started and help make a difference within the McGill and Montreal community.

Echoing what was said in Principal Fortier’s panel discussion, Professor Gonzalez reminded us that “you can’t ask a robot to work on the social dimensions of change and sustainability.” So while Davos provides an incredible window into the future of technology and AI, it is perhaps more importantly, an opportunity for the university to make a real contribution to the global sustainability effort.

One thing I love about Montreal is the plethora of street art and murals that are scattered around the city….