Wealth inequality stirs the emotions and excites controversy like few other social issues of our time.  The statistics are jarring – the top 1 percent of Americans take in 35 percent of all US wealth, and the top 20 percent receive more than half.  Globally, this polarization deepens, with the richest 1 percent owning nearly half of all global wealth, and the richest 10 percent owning 86 percent.  The chasm between the haves and have-nots has triggered fierce resentment as critics call for sweeping reforms to level what they perceive to be an uneven playing field.  Others dismiss such attempts as socialist maneuvers to redistribute wealth and restrict economic freedom.

Harvard economist, N. Gregory Mankiw, finds himself somewhere in the latter camp and offers his views in the recently published “Defending the One Percent”. Mankiw examines the distribution of wealth and income with a rigorous economic logic and lays out a poignant case for why wishing away inequality is naïve.  Despite this, he leaves the reader skeptical of many of the article’s claims and generally dissatisfied with the superficial coverage of certain core ideas.  The paper ambitiously tackles a broad swath of issues spanning taxation, utilitarian models of social welfare, the role of financial incentives, the heritability of intelligence, globalization and technology, and the shift to a knowledge-based economy, among others.  No real debate on income inequality can be had, however, without some focus on the tension between merit and rent-seeking in the pursuit of wealth, and the author weighs in with his personal insights.

Mankiw begins by asking us to perform a thought experiment: consider an egalitarian utopia that enjoys perfect equality. Imagine then that this society is unsettled by the emergence of an entrepreneur who releases a game-changing product. Mankiw tells us to think of “Steve Jobs as he develops the iPod,” or “J.K. Rowling as she writes her Harry Potter books.”  The entrepreneur cashes in on the massive popularity of the item, grows incredibly wealthy, and suddenly our idealized society is ravaged with inequality. The experiment captures the author’s view of how Western society has progressed over the last few decades with a disproportionate share of the rise in income accruing to the top 1 percent.  Specifically, the share of national income (excluding capital gains) earned by the 1 percent rose from 7.7 percent in 1973, to 17.4 percent in 2010.  These high earners have made “significant economic contributions” according to the author and have therefore “reaped large gains”.

It is clear Mankiw endorses the view that the ultra-rich have amassed their wealth through merit and talent, and should therefore be shielded from populist demonization.  He admits that this would be problematic, however, if rising incomes were driven by rent seeking – an increased ability to exploit the political and economic climate for predatory self-interest.  Arguing the contrary, he states: “there is no good reason to believe that rent-seeking by the rich is more pervasive today than it was in the 1970’s, when the income share of the top 1 percent was much lower than it is today.”  This terse and matter-of-fact reply gives us nothing in the way of real empirical evidence or substantiation.

The role of rent-seeking strikes at the very heart of the debate and to brusquely cast it aside as though the absence of rent-seeking were a truism draws Mankiw’s work into suspicion.  Steve Jobs and J.K. Rowling loom large in the popular imagination as self-made prodigies who have achieved immense financial success.  But can the same be said about Wall Street executives who speculated recklessly, faced bankruptcy, got bailed out, and are now wealthier than ever? Rent-seeking has been a highly contentious topic since the 2008 financial crisis, and to deny it any further consideration leaves Mankiw exposed to heavy criticism. 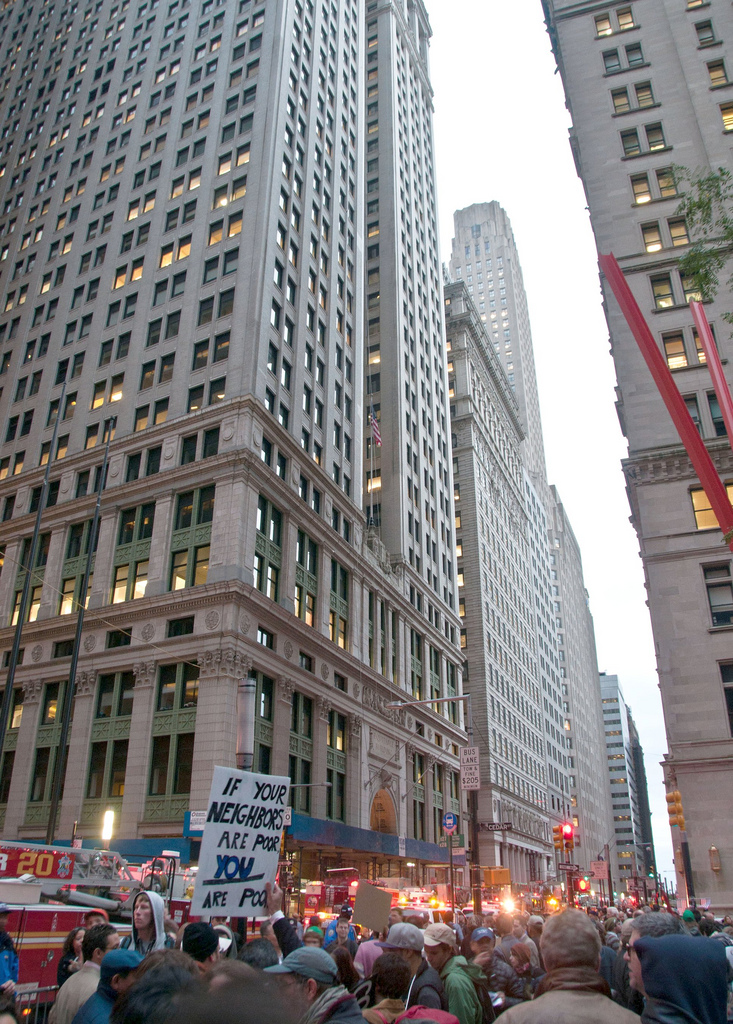 Fortunately, other authors emerge to fill in the gap.  Seeking to measure the role the financial sector plays in supplying candidates for the top one percent, a research paper on individual tax returns from 2004 to 2005 (Bakija, Cole, Heim) revealed that the top 1 percent is primarily made up of salaried executives at nonfinancial businesses (30 percent), followed by doctors (14 percent), financiers (13 percent), and lawyers (8 percent).  Unraveling rent-seeking in the financial industry is far from straightforward. It is clear, however, that financial elites are dwarfed in number by the professional-managerial echelon of business whose value to the economy is tangible and more clearly demonstrated.

Similarly striking was the finding that there were more than 330,000 non-salaried financial executives in the top 1 percent and 45,000 in the top 0.1 percent, numbers far greater than what can be accounted for by the cadre of top executives at Fortune 500 companies. This implies that many of the nation’s highest compensated executives work for small and medium sized businesses, often considered to be the real engines of the economy and not positioned to engage in rent-seeking or any significant exploitation of political influence.

These results lead Emmanuel Saez of the University of California (Berkeley) to write, “The top income earners today are not ‘rentiers’ deriving their incomes from past wealth but rather are the ‘working rich,’ highly paid employees or entrepreneurs who have not yet accumulated fortunes comparable to those accumulated during the Gilded Age.”  A quick glance at the tech barons and start-up moguls clustered in Silicon Valley reinforces the view of the self-made millionaire who has drawn on his talents and not on an inheritance.

To his credit, Mankiw mentions the rise of high-frequency trading, a type of trading where computer algorithms shaving fractions of a second off trades are used to lock in huge profits, as a textbook example of the unproductive, high finance wealth extraction that runs rampant. Mankiw fails, however, to address the more important structural changes that have arisen, specifically the close ties that have formed between big business and politics  An analysis of the financial disclosures of the 535 members of Congress in 2012 revealed that the median net worth of all House members was $869,000, and the median net worth of Senators a staggering $2.5 million.  Such figures are deeply unsettling and seem to suggest that lobbying and behind-closed-door deal making have become growing, menacing forces that require serious attention.  This is not say that the overall economic system is plagued by corruption or cronyism.  We have never lived in a period of greater economic liberalization. The globalization of commerce has exposed industries far and wide to intense competition.  Under extreme pressure, companies must either innovate or face being driven out of business.  These innovations have benefited the consumer in the form of better and cheaper products, while at the same time making certain individuals extraordinarily wealthy.

This is exactly what Mankiw alludes to when he quotes Brynjolfsson and McAfee as saying, “Aided by digital technologies, entrepreneurs, CEO’s, entertainment stars, and financial executives have been able to leverage their talents across global markets and capture rewards that would have been unimaginable in earlier times.”  International trade has allowed producers to gain access to foreign consumers with fewer barriers and has contributed to the rapid increase in wealth and purchasing power of emerging market countries who increasingly demand sophisticated, high-tech goods.  Profits are now multiplied exponentially, the stakes are higher than ever, and a winner-take-all economy ensues where only a few firms remain.

To see a small number of elite players dominate the market leaves many disenchanted, yet it is increasingly becoming the norm.  Messaging applications for smartphones, for example, constitute a billion dollar market, but are spread out among only a small handful of different developers who capture a disproportionate share of the profits. Far from being the outcome of collusion, the supremacy of the few has arisen from the interaction of market forces and has led to greater efficiency and productivity as firms are called on to meet rising expectations with stronger performance.

Whether due to hyperspecialization, herding behaviour, or social Darwinian fueled neoliberalism, it’s becoming increasingly costly to not be among the very best at what you do.  Staying on top requires that firms are properly run and the professional-managerial class entrusted with this finds that the rewards are high. What prevails is a ruthlessly competitive environment where mediocrity gets modestly compensated and the superstar performers get an increasingly bigger piece of the pie.  What matters, however, is that they are getting their just desserts.

It’s okay to be a little boring, if you can back yourself up. I know we history students may seem…