It’s happened to all of us. The heart-stopping moment when your cell phone stops working. Whether you spill your coffee on your Android at the library, or smash your iPhone on the pavements of St-Laurent, that feeling of immediate grief and panic is universal. The next time you’re struck with that paralyzing moment, you might want to call the Daigles.

The Daigles – William, Winston, Louis-Gabriel, and their father Louis – are more than just a family; they’re innovative entrepreneurs, making their mark in a bourgeoning new industry. 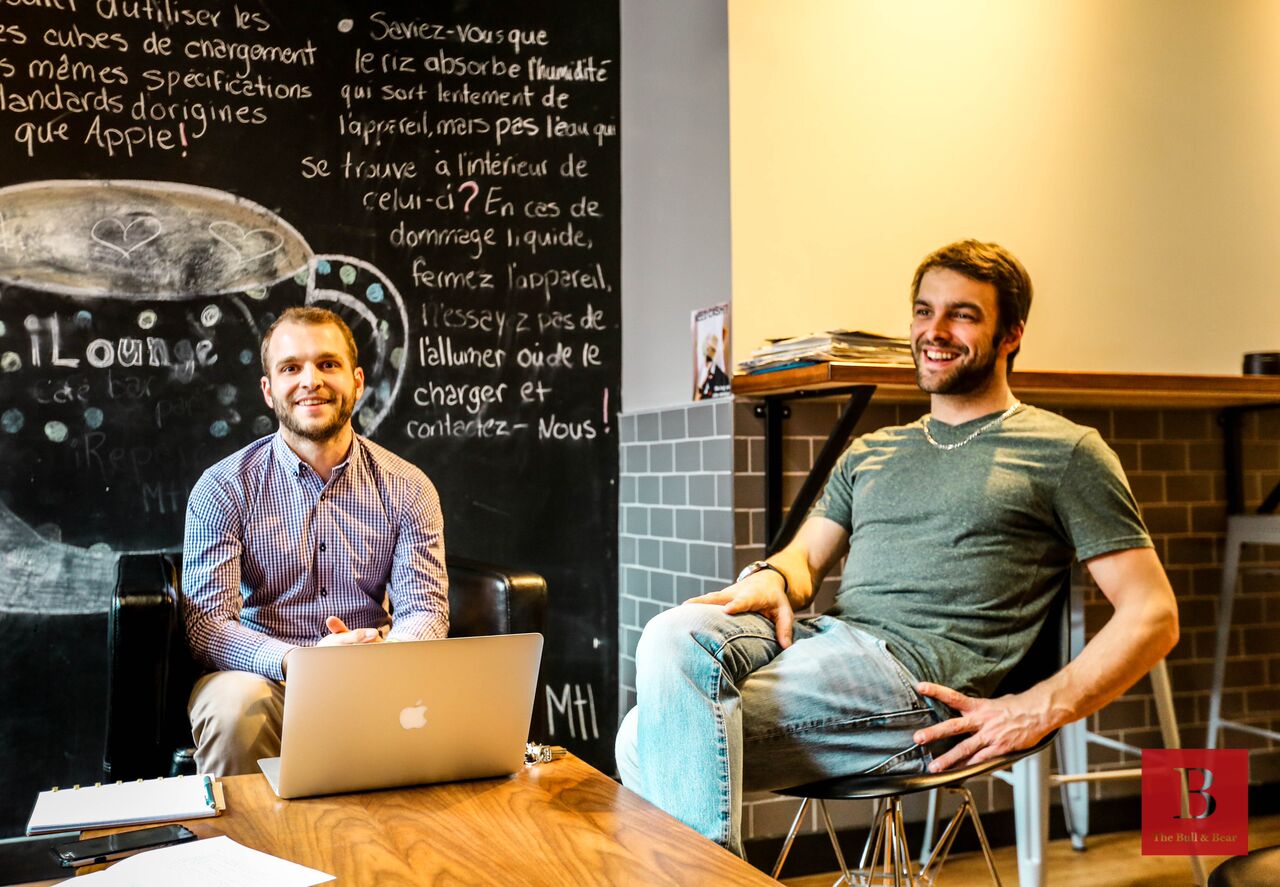 “It all started when my friend Ikiel and I were in China together studying Mandarin. When we came back, we decided to start this business together,” William Daigle, the founder and co-owner of iRepair MTL, explained to The Bull & Bear in an exclusive interview. William, Louis-Gabriel, and Louis – the father-son trio – were cozily perched on oversized leather seats at the back of the store, furnished with a tastefully modern wooden coffee table. Winston, the third brother, and Chief Technician, was busy working in the lab. This area of the store had recently been converted into The iLounge Café, which successfully integrates a cozy atmosphere into an unlikely setting: By day it serves as a superb place to work, and at night the family rents it out for events.

iRepair is a distinct kind of tech repair shop, prioritizing quality over quantity. Widely known for specializing in Apple products, the family primarily repairs iPhones (although they repair iPods, iPads, iMacs, and Android phones as well). Through the contacts that the brothers had cultivated during their time in China, they have access to all original parts of the products that they repair. These supplies are shipped directly from the factories where these products are made brand-new – a unique advantage given that many similar repair shops use imitation parts, which often are of inferior quality and may even cause technical problems.

iRepair is a proud to be a family business. While the company started with William, he was able to seamlessly integrate multiple generations of his family into its evolution. The first family member to join the company was his father, Louis. “Between six months and a year after we started the business,” William recalled, “my dad started showing interest in the business. He had studied physics and had all the [necessary] knowledge, so I was able to start teaching him how to fix phones. We’re all from Quebec City, and we had a lot of demand there, so he started offering services there the same way we did at first in Montreal—online and through word of mouth. The demand really took off in Quebec City, but at the same time we were expanding so fast in Montreal that my dad decided to come here. He invested a lot of time and effort into the business here, and that’s how he became part of what we are today.” Soon after, William’s father joined the business, his brother Winston also decided to get involved. After a year with iRepair, Winston decided to return to Quebec City to study mechanics for a year. He later worked for six months as a mechanic, where he gained the skills, which easily translated to fixing electronics.

Louis-Gabriel, the most recent addition to the team, joined just a month ago. Having previously worked for a company with over 140,000 employees, working in the family business was certainly a new challenge. He was surprised by their ability to put aside their close relationships when it was necessary. “Even though we’re family, we’re able to tell each other, ‘you can’t do this kind of stuff’… we have set boundaries with one another.”

As a family business, iRepair applies the familial trust and intimacy between them to ensure the business thrives. “We know each other’s challenges, weaknesses, strengths…I know I can rely on Will for certain things, on my dad for other things… we cover a wide range of the business needs that we have. It helps keep your mind at ease at night.” William, nodding at his brother’s words, chimes in: “In business, one thing that’s hard to get is trust. It’s hard to find reliable employees that care, and that you can trust.”

This trust extends beyond the family: their reliability and honesty has helped them develop trusting relationships with their customers. In industries like these, where customers usually have very little technical knowledge about their phones, trust is crucial. The father-son trio voiced their pride in their transparent warranty policy as a way to establish this trust. Other repair stores often offer warranties on just the parts that were replaced or fixed, but don’t hold themselves accountable if they mishandle and break any other components. “Wherever you go, they can tell you they have a lifetime warranty on what they fix, not on the phone itself. So if they fix your screen but break your phone doing it, their lifetime warranty only covers the screen, not the phone itself. In almost any situation, a lifetime warranty from another shop is still going to be a worse warranty than you get here,” William explained. “I give a warranty on the phone, so if I break your phone when I fix it, I owe you a phone.”

As the conversation progressed, it became clear that this industry is inundated with risks. On the topic of water damage, William is quick to set the record straight: “We see people come from other stores telling us that they cleaned their device after it was dropped in water, and we open it up. Either nothing was done, or basically nothing was done. I don’t know how a company can charge under what we charge, and do as good of a job as we do. Trying to save a device that was dropped in liquid – it’s hours of work.” Vetting the integrity of a repair shop is a crucial precaution we too often overlook. After all, you’re giving a complicated device that requires specialized knowledge to a stranger, taking them on their word that they did the job properly – an agreement which involves a great amount of trust. Factoring in issues of privacy in data recovery, trust becomes even more important – especially when it comes to data recovery. 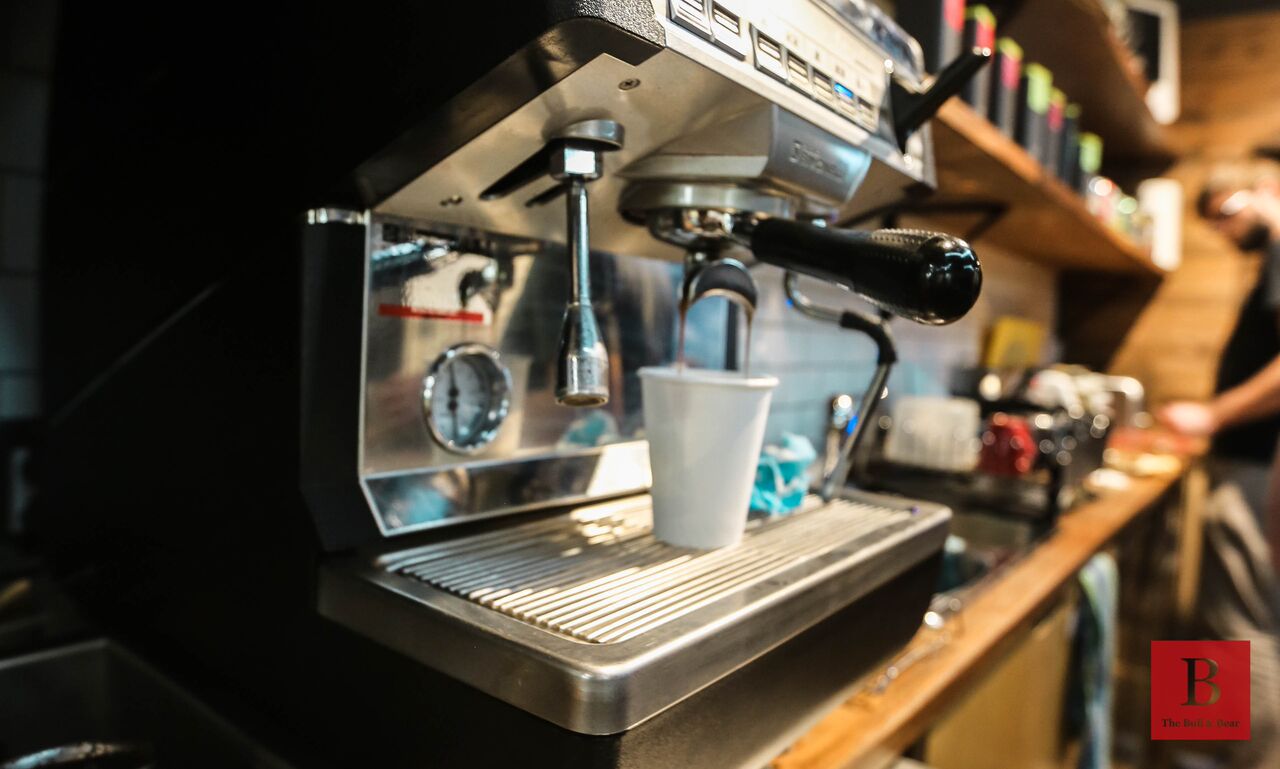 Looking forward, the Daigle clan hopes to broaden their efforts at promoting sustainability. Though they already have an intricate recycling program, they hope to expand their endeavours so iRepair becomes a drop off spot for large pieces of technology to be recycled by the city. They are also looking to continue growing their ‘iLounge,’ where they brew delicious, locally-sourced coffee with the same meticulous attention that they apply to fixing devices. In the foreseeable future, they are also considering the possibility of expanding to more locations.

Their ever-expanding dreams seem to be promising: after all, one of the most striking aspects of iRepair‘s trajectory so far has been its growth. “We started in my apartment, on my kitchen table,” William mused fondly. Despite their humble beginnings, and despite the fact that the company is only six years old, and iRepair has made leaps and bounds in an industry that is only just beginning to emerge. They are the ones writing the rules, making the mistakes, and figuring out how to flourish. There’s no guidebook, but this family of innovators doesn’t seem to mind.