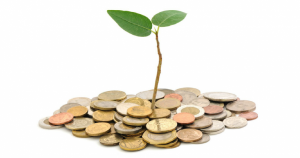 In a recent study from Western University, post-secondary students in Canada were asked to list and rank their primary motivations and goals for attending university at both the beginning and end of their academic careers. It should come as no surprise, especially to those of us who have struggled through the trials and tribulations of attempting to enter the working world, that the difference in perspective was drastic after 4 years.

Students strolling onto campus for the first time were driven by an excitement for learning, a passion for their field of study, and a general curiosity for the world around them. Years later, after several rounds of midterms, finals, and career advisor appointments had worn them down, finding a career eventually supersedes all else as the fundamental goal of a university education.

This is not to say that an idealistic approach to education, pursuing academic interest purely out of love for the subject matter, is necessarily disjoint from successfully preparing for a career. Rather, the problem is that the highly structured and rigidly defined nature of modern university programs perpetually denies us opportunities that are fundamental to both our personal and professional development.

A consequence of this is a noticeable decline in the culture of exceptionalism among graduates. James Cote, a sociologist at Western University and one of the developers of the study, attributes this absence of excellence to the failure of educators to cultivate the enthusiasm of new students, forcing them to find their own sources of inspiration.

It was with this in mind that Thomas Brag and Noah Dayan decided to carve a different path for their university experience. The two undergraduate students, studying entrepreneurship and computer science respectively, have been active in start-up culture both within and beyond McGill since they first arrived in Montreal.

Between the two of them, Brag and Dayan have developed multiple start-ups, with their latest taking shape as a website currently in beta testing. They have met with investors from coast to coast in both Canada and the United States, been invited to hear from the likes of Elon Musk and Sean Fanning, and have in the process accrued first-hand knowledge about what innovation, specifically at McGill, really looks like.

“It wasn’t until I came to McGill that I really started to consider starting a company,” notes Brag. “I don’t think most schools help [students] to think outside the box. The purpose of school is to forge us into the ideal worker, and not to become innovators.” McGill, however, is where both Brag and Dayan were able not only to think like entrepreneurs, but to understand what it means to innovate, and to introduce new ideas to the professional world.

Through support from the Entrepreneurial Society of McGill, CAPS, the Dobson Cup, and professors, the two students have seen their latest project take off. PassionSnack is a website that offers a virtual replication of real-life community interaction based on interests, location, and more. With a modestly sized but highly capable staff of just seven, the site is currently being coupled with a smartphone app in development, and has seen significant interest from a variety of investors.

“Most investors we talk to know about McGill and see it as an elite school.” says Brag. Recently, the pair was invited to meet with a venture firm based in Boston that, historically, draws almost exclusively from projects emerging out of MIT Sloan or Harvard Business. Opportunities like this are examples of instances in which Brag and Dayan have seen investor interests peaked just as a result of their “knowing we’re from McGill.”

“It’s not just the academics that we look at,” says one consulting recruiter, who has requested to remain anonymous. “We look to McGill for students who get a lot of their learning from outside of the classroom. Grades are certainly important, but there’s a lot they don’t capture. People often forget that.” Brag and Dayan are clear that they have been more than willing to give up a few points on their GPA in exchange for the experience they’ve been able to gain over their years working with start-ups.

Within Desautels, the Dobson Cup and the McGill Entrepreneurs Society (both resources which Brag and Dayan utilized in developing their projects) are primary drivers of innovative student culture. The Dobson Cup, currently in its 6th year, offers teams of students from all faculties the chance to develop, refine, and present business plans for both profit and not-for-profit start-ups, with awards totaling $60,000. The competition has seen the number of participating teams increase from 18 in 2009 to 291 last year, with significantly more expected for 2014.

Similarly, the McGill Entrepreneurs Society provides students with a multitude of resources to help accelerate the culture of innovation within the program. Brag specifies that it is precisely these sorts of institutions, and indeed the individual efforts of professors as well, that are so important to extracting more out of a university education.

In September of this year, a team of Desautels MBA students were announced as the winners of the prestigious Hult Prize for Social-Entrepreneurship. Working with a proposal that revolved around using insects as a solution for sustainable food security, the team was one of six invited from around the world to present in a “pitch-off” in New York City, to a panel that included Nobel Peace Prize Winner Muhammad Yunus and executives from the United Nations Foundation. Facing off against teams from the London School of Economics, University of Cape Town, and more, the team was awarded $1 million in seed capital by former US President Bill Clinton.

“This is a fantastic opportunity, and we’re really grateful to the McGill community for giving us the resources we need,” says team member Shobhita Soor, a student of McGill’s joint MBA-Law program. Team leader Mohammed Ashour confirmed that “McGill’s alumni network was extremely supportive.”

Initiatives like that of the Hult team (Aspire Food Group) and countless others have led Desautels to become one of the leading management faculties in the world for promoting social entrepreneurship through both the existing entrepreneurial program, as well as an extensive and highly active network of students, faculty, and professionals.

“To make a class on entrepreneurship, you can’t organize it the same way other classes are structured.” Brag and Dayan are adamant that there are dimensions to thinking differently and to creating that cannot be offered in 3 hours of lectures a week, but rather require significantly more personal investment. “It’s about exposure and experience,” and McGill students seem to understand that far better than we give ourselves credit for.

Our expectations of higher education are not unrealistic, but rather they are misplaced. It is not reasonable to expect all of our passion and enthusiasm for learning to be satisfied by a program that, by nature of its existence, must adhere to some form of structure. Instead, we should realized that a completely fulfilling university experience should also involve a great deal of learning outside of the classroom, and that now more than ever, the responsibility lies with the student to seek out and engage those opportunities.

Start-up culture at McGill has allowed students to supplement their in-class lessons with real-world experience, rather than stubbornly committing to either one or the other. They are able to indulge the enthusiasm that drove them to university in the first place while simultaneously expanding their career potential. Although start-up culture may be just one dimension of innovation at McGill, it is unique in that it allows the individual to define their own experience and development, with the security, assurance, and support of an established institution of learning.

PassionSnack is currently in the midst of a significant restructuring of its user interface. Click the link below to view the site. The Bull & Bear does not officially endorse PassionSnack.
www.passionsnack.com