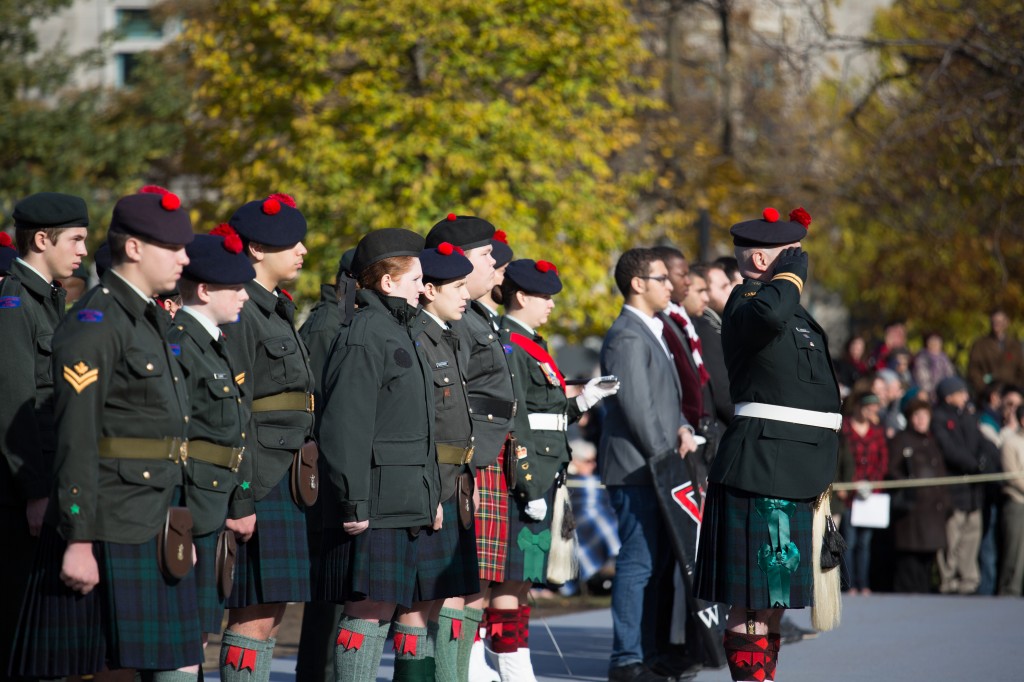 An open letter to the members of the Canadian Armed Forces, Veterans, Fallen Soldiers and the Canadian community at large.

Though I was not present at the Remembrance Day ceremonies at McGill – which I attended during the past 4 years – I did, however, take the time to honour your fallen colleagues at the ceremony at Queen’s Park in Toronto. I write to you to apologise for what was an embarrassing display at my alma mater on the part of a group called Demilitarize McGill. We too are saddened and offended by their disrespect.

I’ve come to love Canada as a country that embraces a plurality of ideas, and thus preserves the fundamentality of freedom of expression and the right of association. In spite of that, this letter is not to defend the group’s existence or their cause. Rather, this letter is to remind you that the majority of McGillians are grateful for your sacrifices and that the unfortunate actions of a few should not take away from our sincere appreciation. The University’s invitation to the ceremony even reminded us that our community is among the fallen: of the more than 3,000 students, faculty and staff who joined you in 1914 until 1918, 363 didn’t come home. We share in the loss, and we will never forget.

McGillians are grateful that you have given us a nation that values liberty. We are free to live and have our being because you stood in harm’s way. Canada called on you and you responded. You live with the knowledge of and saw firsthand the gruesome events that happened, while we merely read about it in papers or watched it on the TV. You watched your friends and colleagues struggle with battle wounds or die in your arms or your presence, while we prayed and uttered words for your protection. You, the brave men and women, kept danger at bay to protect your homeland, and shared that passion to protect the lives of other citizens.

Neither I nor members of the University community can undo the damage done during the ceremony, but I would hope that these words let you know that your efforts were and are not in vain. Demilitarize McGill can never take away your true purpose which is to stand on guard for Canada so that Canadians may live with the liberties they so rightly deserve.

As an alumnus, former member of staff and temporary resident of Canada, I am sorry that you bore witness to an act trying to shame your efforts to secure peace. I would hope we may refer to them as “the young and unwise” for they know not your pains – as only he or she who feels it, knows it.

With the greatest respect for your service,

When I first entered college this September, I didn’t expect to use SparkNotes, Shmoop, and eNotes at all. Today, these…