A previous version of this article credited Doron Lurie as the author. Recently, this was changed to credit Nicolas Glaudemans as the author of the piece. We apologize to Glaudemans and our readers for the inconvenience. 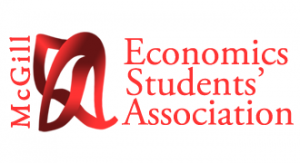 The Economics Students’ Association teamed up with Divest McGill on March 26th to host the annual “Battle of the Profs” in Leacock room 232. The topic of this year’s debate was whether McGill University should divest from its holdings in companies that extract fossil fuels. Holly Dressel, Peter Brown, and Dror Etzion argued in favour of divestment, whilst professors Licun Xue, Jiro Kondo, and Chris Ragan argued against divestment.

In the first round, Professor Brown laid the foundation for divestment by making an ethical argument that a fossil fuel-based economy is “inherently immoral” given its detrimental effects on climate change. “Reliance on fossil fuels will continue to have severe cost ramifications for fertilizer prices, which will only worsen food shortages and global hunger,” Brown asserted.

In his response, Professor Kondo shifted the focus of the debate towards the costs associated with divestment. He argued that removing fossil fuels from an investment portfolio weakens the portfolio’s overall profitability because it removes an important economic sector, thereby damaging diversity. Kondo explained that the advantages of portfolio diversification are most strongly felt in times of economic uncertainty. Thus, he concluded that divesting would be particularly costly in today’s uncertain economic climate.

Professor Dressel’s opening remarks in the second round centered on McGill’s mission statement to serve the community. She explained that McGill is not a multinational corporation, but a non-for-profit organization. More specifically, she argued that McGill is bound to follow its mission statement and that it has the responsibility to factor in both social and ethical concerns.  “McGill’s student community wishes to divest in order to inherit a green and livable planet,” Dressel stressed.

While Professor Xue conceded that nearly every single person in the world cares about the environment, he countered with a reminder that good intentions do not necessarily produce the intended result. He argued that the best outcome for the environment would be to actually stay as shareholders in order to have a say in the company’s policy formation. From within, you are more effectively able to exert pressure on the oil companies to invest in greener technology.

In the third round, Professor Etzion discussed how McGill is an organization, and how organizations are where ethics and economics coincide. “McGill is older than our fossil fuel economy,” Etzion argues. “It has successfully existed before the popularity of automobiles and airplanes.” He emphasized that McGill as an organization must focus on its core values, which in this case is its mission statement to serve the community, and by extension, the environment.

Professor Ragan countered that while climate change is indeed a serious problem requiring aggressive action, divestment is not the right approach. ”Divesting is not only an empty gesture, it is a worse than empty gesture,” he exclaimed. “A combined divestment movement of McGill and 200 similarly sized universities would only have a $40 billion impact.” By comparison, the market capitalization for oil alone is approximately $8 trillion. Divestment would have an insignificant economic impact on oil companies while damaging McGill’s already strained financial situation. He argued that the forgone profits from these shares could be better spent on research, which could itself benefit the environment.

No winner was declared, but the debate provided an effective platform for the discussion of a topic that has recently caught the attention of the McGill community. Divest McGill, for instance, has been a particularly vocal group on campus that advocates for McGill to redirect endowment funds away from investments in companies that are involved in the oil sands. It is one of many such campaigns in a movement that has spread to 234 universities across Canada and the United States.

While there was disagreement between the professors over whether divestment is the correct approach, all participants agreed that something needs to be done to address climate change and ensure environmental protection for the future. Professor Etzion was emphatic about the responsibility of universities in achieving this. “This is about the lives of our kids and grandkids. We owe students a planet that they can inhabit.”

Peter Pan ends the Players’ Theater season with an explosive fairy tale riddled with provoking adult content. This adaptation of…