Three years ago,  Thomas Genua was known by his Toronto high school peers as a cross-country runner with an interest in finance. William Liu, originally from Winnipeg, was in his second year at McGill’s Faculty of Science, where he majored in Pharmacology. NYC-based Abdoulaye Mouflet was finishing his first full year at McGill, a university he had always dreamed of attending. Today, the three have something in common: they’re leading student entrepreneurs.

Genua and Liu, respective founders of Oodler and Nimbus Tutoring, both started with two observations that inspires many like them: that there’s a problem in a field or industry they care about, and that they have the potential to solve it. For Liu, this related to university tutoring services:

“…Back when we were in first year and looking for a tutor, it was hard to find a tutor through a student organization, and most tutoring businesses didn’t offer student-friendly prices.”

Many students who experience a difficulty like this may feel frustrated, but they usually accept it and move on; Liu, however, saw it as an opportunity. Along with co-founder Hamza Jaffer, who has since graduated, William envisioned a platform where students who were looking for help with a specific course could connect with others who were willing to tutor them. Two and a half years later, the idea has manifested into an app called Nimbus Tutoring. 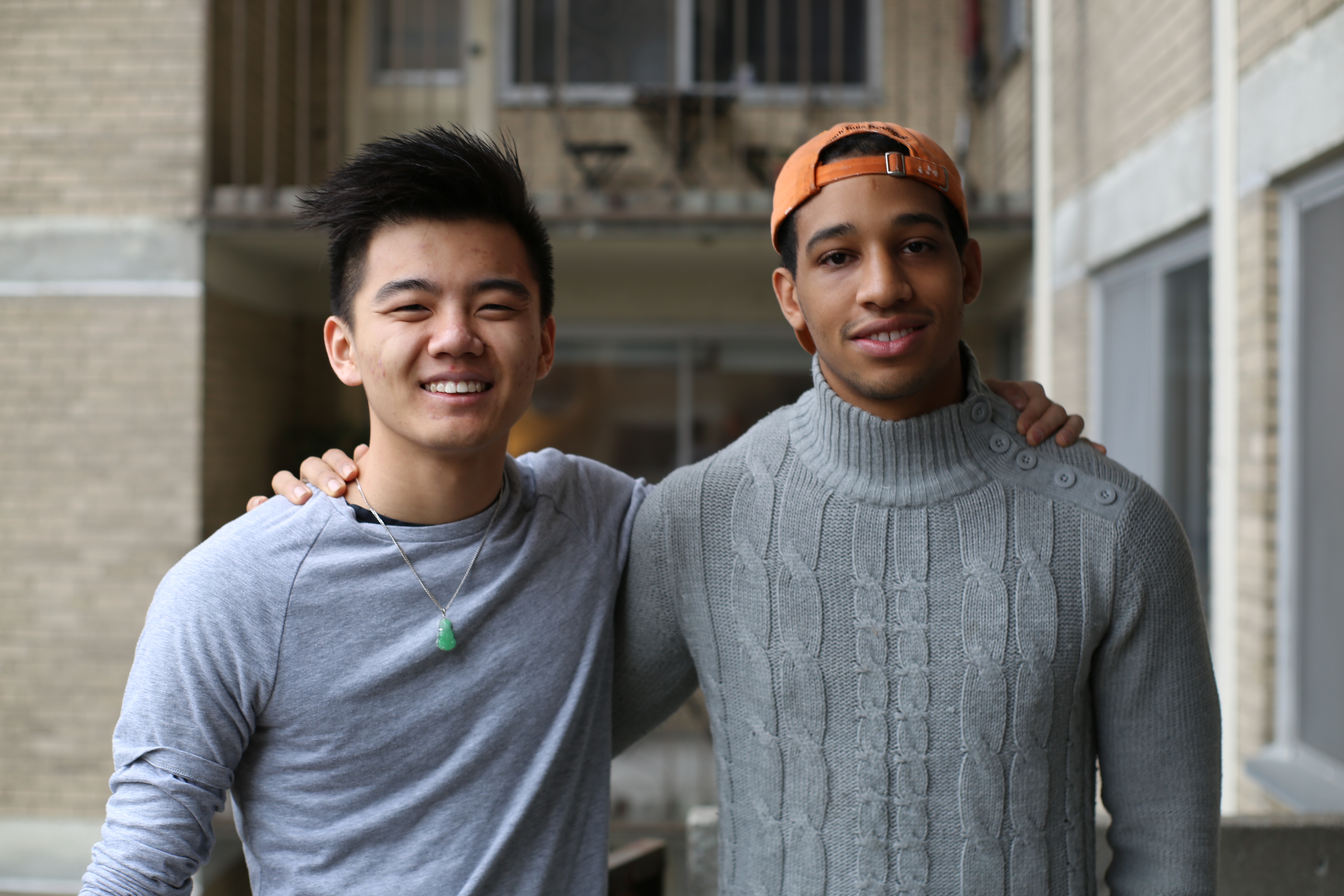 Nimbus Tutoring is different than most tutoring businesses. The company only enlists students who have received high grades in a given McGill course, carefully vetting them to ensure that they are knowledgeable and helpful. Through the app, Nimbus connects the tutors with students who are struggling in the same course. Tutors normally charge $15-25 per hour, far lower than the marked-up prices that frustrated Liu and Jaffer in first-year, and coordinate a time and place to meet with their students. Since many of the tutors are McGill students themselves, most meetups happen on campus — often in a Redpath study room or a table on the second floor of Bronfman. While many students have joined and left the team, William has been at the helm of it through thick and thin. His Chief Marketing Officer, Abdoulaye, has been heavily involved since May.

It was hard to find a tutor through a student organization, and most tutoring businesses didn’t offer student-friendly prices.

“[We’re looking at] businesses who are not sitting on hundred of millions of dollars, with a few employees who work different shifts and sell you coffee.”

Last summer, Genua put together a team of students studying computer science or software engineering to build software and a corresponding app named Oodler. Oodler tackles the problem head-on: the software seamlessly integrates into cafes’ existing technology, and cafe-goers download the app on their phone. When visiting a cafe, users can pay using the app on their phones, collecting loyalty points that can be redeemed at any participating cafe. In a city like Montreal, where streets are lined with cafes, the app is poised to be a hit.

“I’m friendly with the baristas and the owners, I talk to them about this app and whether they’d be interested, and I’ve never had someone not be interested in it.”

Even beyond the coffee, life in Montreal has been instrumental in helping student entrepreneurs get off the ground. With more postsecondary students per-capita than any North American city, as well as a strong reputation for innovation and creativity, Montreal is an ideal location for a student-founded app to flourish. Student entrepreneurs use this to their advantage, networking with one another to share ideas and find ways to collaborate. Genua recalls that the idea for Oodler sparked from his conversations with fellow ambitious McGill students, and as for Nimbus, their six-person development team was recently contracted out by a different McGillian to build a different app.

There’s an increasingly popular sentiment that a university education is a waste of time and money, but these student entrepreneurs couldn’t disagree more. They point to some useful things they’ve learned inside the classroom — critical thinking for Genua, the scientific method for Liu, and rational decision-making for Mouflet — but their main source of excitement comes from the people they’ve met. “That’s definitely the biggest value of McGill,” says Mouflet, “the huge amount of human capital and intelligent people who are willing to work on projects like this.”

Admittedly, there’s more to it than just the setting. The three entrepreneurs are not interested in a traditional career path, and they’ve always been eager to make their mark. At 14 years old, Liu started a business pawning electronics online, and managed to pay for the majority of his tuition with the profits. Mouflet manages a promotional company named KAJ on the side, and Genua sees market opportunities wherever they arise:

“Recently I went to this place called Local Jerk. Their pork is the most tender thing in the world, and one thing they could easily do is sell their hot sauce. I don’t like hot sauce normally, but their hot sauce is fantastic. So where I come in is that I always see things [like that] that could be better, and I’ll go to management and say ‘you guys should be doing this.’”

Genua also has other ambitions for the future: many of his ideas relate to his Italian heritage, such as co-writing a cookbook with his grandmother and importing wine from her hometown of Vita in Sicily. But in many ways, he’s an entrepreneur in the truest sense:

“What wakes me up in the morning isn’t that someday I’ll be a big wine importer from Sicily… but it’s knowing that people rely on me, and that if I don’t create this product and don’t create it well, I’m depriving society of a great product.” 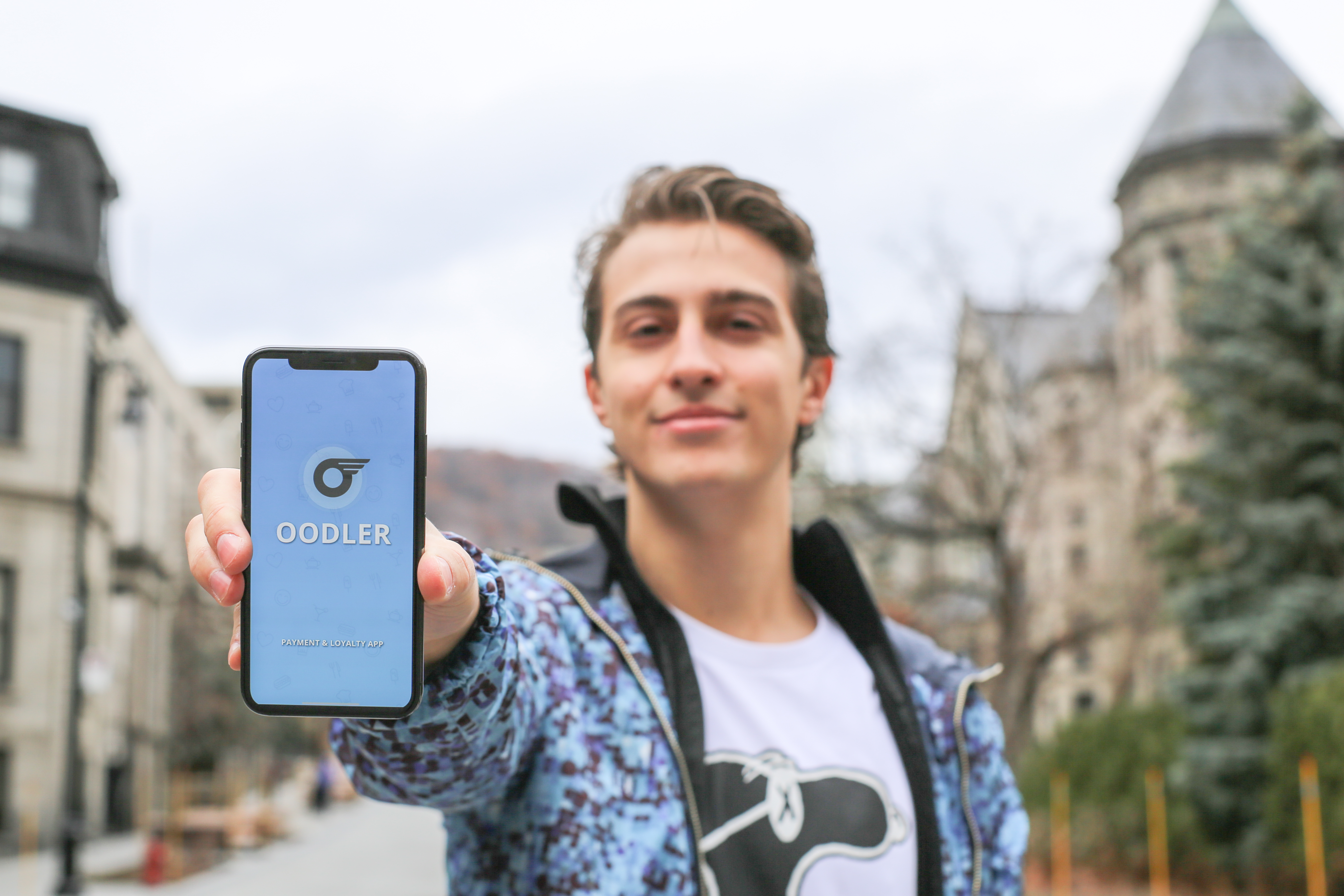 Liu, Mouflet and Genua feel a larger purpose than simply developing apps: they want to change the norm. Nimbus Tutoring hopes to change the landscape of education, and Oodler sees opportunities throughout the world of financial technology: social media integration, currency exchange, and so on. They’ve devoted more time to their startups than to anything else in their lives — and they’ve had to make some sacrifices. Liu, who recently graduated from McGill, even turned down a tempting offer for a Master’s program at UCSF and chose to pursue Nimbus Tutoring full-time:

“I’m 21, and if there’s any time that you’re going to take a risk on something you really believe in, it better be when you’re young. As you get older, your life becomes more settled and it’s harder to take those risks.”

Hello! Thanks to a Google alert, I found this recent article and felt compelled to respond.  As an apple grower…