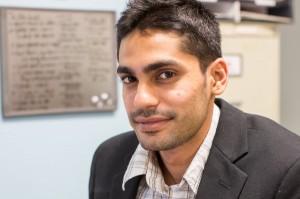 McGill University is an institution that prides itself on 20 percent of its students coming from more than 150 countries and being renowned as “Canada’s most international university.” However, during this SSMU electoral period, two international students discovered that despite being a part of this international student population that they could not run for office and represent the student body at large – at least not legally.

Qazi’s past accomplishments include preventing the AUS from facing another financial crisis, and he wanted to continue his tenure in student politics by running for SSMU VP Finance and Operations. However, after speaking to the International Student Services and legal services, he decided against it.

Baker, on the other hand, went through the nomination period running for VP Clubs and Services only to drop out of the race a day before campaigning due to the concern of being denied renewal of his study-permit in the near future.

According to current Canadian immigration laws, international students must hold a valid study permit for the entire duration of their stay in Canada. The students cannot hold a part-time status except in their last semester of university. Furthermore, international students are allowed to work up to 20 hours a week on campus and can get an off-campus work permit. This allows them to work for a total of 20 hours a week during the academic year and full-time during scheduled breaks and holidays.

However, according to the employee contract that SSMU executives have to enter with the university, the executives must work 40 to 60 hours a week while being enrolled as a part-time student for the entire year. Based solely on this contract, international students cannot be both part-time students and employees of SSMU without violating terms of either the Canadian Immigration Services or SSMU’s protocol.

This bias against international students is not just limited to SSMU executives. Due to Quebec laws, SSMU was incorporated in 1993, resulting in the formation of a body known as the Board of Directors (BoD). The BoD is comprised of SSMU executives and councillors who sit on the SSMU Legislative Council. Since SSMU is a company, the BoD has the power to veto decisions made by even the SSMU Judicial Board (J-Board).

In tandem with international students lacking the contractual ability to be employed by SSMU, they are also not welcome to sit on the Board of Directors. According to the Motion Regarding the Democratic Reform of the SSMU Board of Directors, only Canadian residents are allowed to be members of the Board of Directors. This limitation is defended by the BoD for the reason that SSMU holds a liquor permit to serve alcohol on campus through our beloved Gert’s. With this permit in place, Quebec immigration laws dictate that only Canadian residents can overlook the functioning of this bar.

Considering that Gert’s forms a significant revenue stream for SSMU, the maintenance of Gert’s is an important job for SSMU executives and its BoD. But, the Quebec liquor permit requirement would make it illegal for an international student to hold office as a SSMU executive.

Nevertheless, in the past there have been international students who have managed to avoid the immigration services scanner and still perform their duties quite well as SSMU executives. Current SSMU VP Clubs and Services Allison Cooper has served as a SSMU executive this year despite the fact that she is from California. “The Quebec government, in a way, turns a blind eye to such situations,” she finds. Nonetheless, if a student is caught violating immigration laws, they may face deportation.

So far, Cooper and other SSMU executives have been largely unsuccessful in finding loopholes in the system. The only loophole discovered applies only to graduating students who wish to come back to McGill as a “special student” in the following year as a SSMU executive. Such international students can apply for a post-graduate Work permit within 90 days of graduation, which allows them to work full time as SSMU employees while studying part-time at McGill.

While incoming SSMU President Katie Larson, from Pittsford, New York, is taking this route, students like Baker and Qazi, who still have a semester before they graduate, have no legal way of doing so. Despite being a “legal” SSMU executive, Larson will not be able to sit on the BoD or make decisions relating to the operations of Gert’s. Will this be a problem in the long run? Larson feels that “since Gert’s is under the VP Finance’s portfolio and the members of BoD are the same as those on the Legislative Council, it shouldn’t be that bad.”

On Friday, students, faculty, and staff took time away from their work to volunteer and learn more about the communities…