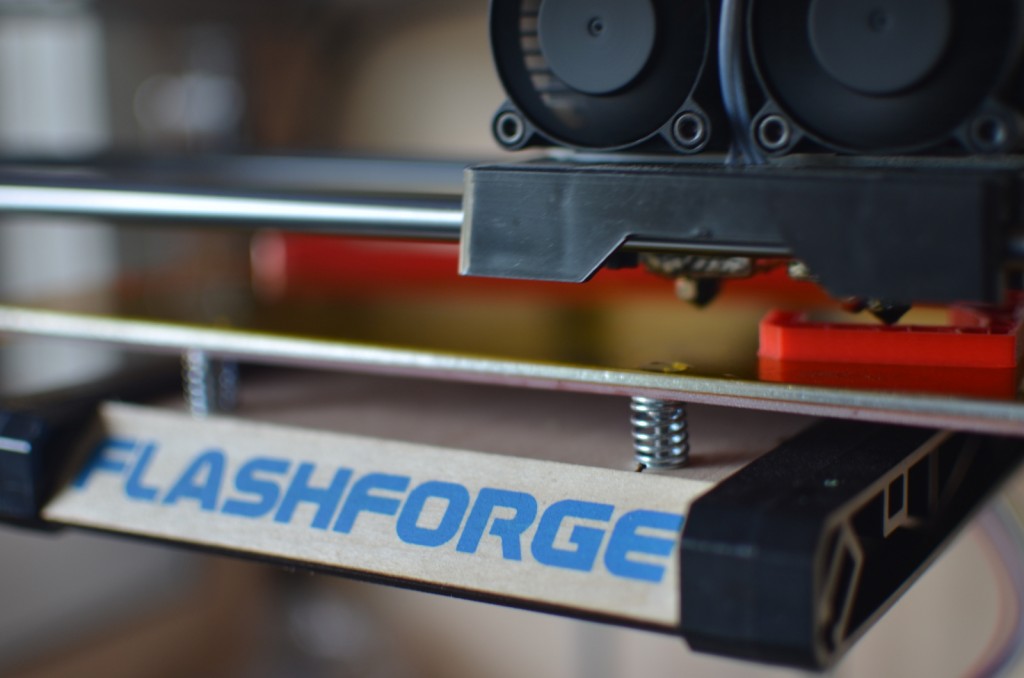 Once considered a novelty, 3D printing has broken out into the mainstream over the last year. Last month, NASA announced its 2014 plans to launch a 3D printer into space to allow astronauts to print tools, parts for repair, functioning satellites, and even food. The biotechnology industry has also begun to adopt 3D printing; surgeons can now print tailor-made replacement joints for their patients. However, not all of the potential applications of this new technology are fun or lifesaving. Earlier this year, 25-year-old Cody Wilson gained notoriety for creating an open-source website allowing anyone to access blueprint files needed to print functional guns from the comfort of a desk chair. These “wiki weapons” sparked controversy on both sides of the US gun control debate, and on the 3D printing phenomenon in general. What isn’t subject to debate is the groundbreaking potential that the industry has to offer virtually all spectrums of society.

In a nutshell, 3D printing (or “additive manufacturing”) allows hard, durable, and fully functional three-dimensional objects to be “printed”, layer-by-layer, using a wide array of materials, colours, and textures. The design and specifications of the end product are determined by an easily distributable computer file – websites like Thingiverse.com and Defcad.com already host an assortment of different 3D blueprint files ranging from jewelry to working gadgets and machines.

3D printing has the potential to lessen the importance of economies of scale – particularly for individual consumers and households. At present, if one were to commission a big firm like IKEA to produce a single coffee mug designed to their own specifications, it would cost a relative fortune compared to purchasing a mass-produced, pre-designed mug. Having a 3D printer at home could one day alleviate the problem and cost (should printers fall in price, which they should at the current trajectory) of having to go out and find specific parts for broken appliances and furniture.

However, the biggest opportunities for the 3D printing industry lie in its potential integration into production lines, and eventually the entire supply chain. 3D printing technology has the potential to change the way goods are produced, eliminating the need for highly fragmented production processes by consolidating several stages in an assembly line. If 3D printing companies – or the manufacturers that employ the printers – can get around the issue of printing complex moving parts, assembly lines may become a thing of the past. Evidently, the cost-cutting implications that 3D printing could have for business are immense.

The technology could also prove useful for industry in countries with poor infrastructure (i.e. developing nations), as products and materials could be produced without the need for solid distribution channels, transportation systems, or scarce material inputs.

This upside is the reason why some analysts are already hailing 3D printing as the next mini industrial revolution – one to rival the personal computing revolution. This optimism has been greeted bullishly by the market, particularly towards the likes of Stratasys (NASD:SSYS), 3D Systems Inc. (NASD:DDD), and ExOne (NASD:XONE), the industry’s main players that comprise the majority of the 3D printing space.

Shares of SSYS have soared 28% since January and 63% Y/Y. Similarly, DDD has climbed 44% YTD and a whopping 113% over the last 365 days. Most impressive is XONE, which has risen almost 100% since its IPO in February of this year.

Many questions are still unanswered, however, and countless risks remain. From a fundamental standpoint, the multiples that these companies trade at appear to be borderline ridiculous, even when considering the variation in these metrics that are commonplace with the technology sector. DDD, for example, trades at a lofty 114 times P/E. SSYS is up about 70% from its 52-week low. Over a 12-month-trailing period, both SSYS and ExOne failed to show profitability, a commonality amongst tech plays yet still a very relevant risk.

The technology of the products themselves, too, is subject to several key restraints. At present, printing moveable pieces (without physical assembly) has been an issue, posing problems for the prospect of automated manufacturing. Also, until metal can be used as a printing substance on a regular and affordable basis, applications – particularly for the likes of NASA – will be limited. Consumers, too, will find difficulty in rationalizing the purchase of a thousand-plus dollar 3D printer to print household items – the printers themselves must become more commoditized first before making themselves commonplace in households.

Despite the downsides, market performance shows little signs of slowing down. Tech research group Gartner forecasts sub-$100,000 3D printer shipments to grow by 49% by the end of 2013, and by another 75% in 2014, implying a compound annual growth rate (CAGR) of 95% over the next five years (a premium over their own estimate of 25-30% CAGR). Furthermore, major players have been making strides in expanding capacity to accommodate the growing demand, with 3D Systems Inc. making 38 acquisitions to date.

With a potentially massive and diversified market, and a technology with an extremely high ceiling, the future for 3D printing is bright – so long as expectations are tempered. If the current trajectory continues, and firms are able to meet the lofty earnings and growth multiples predicted for them, investors in 3D printing companies should be very happy with their holdings. Just don’t expect live organisms to be printed anytime soon.

Disclosure: I have no positions in any of the aforementioned stocks, and no plans to initiate any positions within the next 72 hours.

On a frosty evening a couple of weeks ago, I trudged through snow banks and manoeuvred across treacherous stretches of…