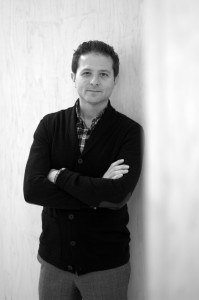 One of Canada’s top 40 entrepreneurs, Jeffrey Baikowitz, discusses his journey, the social economy, and how he still isn’t really interested in business

Jeff Baikowitz is an “honorary” McGill alum. He dropped out during his undergrad to pursue his own recycling company, Encore Waste Management, which proved to be the first of many socially impactful successes.

Jeff has returned to McGill, not to complete his Bachelor’s, but rather as Inaugural Chairman of the Social Economy Initiative at Desautels and as a judge for the Dobson Cup’s Social Entrepreneurship track. I sat down with him to find out what one of Canada’s top 40 entrepreneurs has to say about his journey, the importance of the social economy, and his advice for McGill students.

What did you study at McGill?

I’m a terrible example of what I studied at McGill because I dropped out. I transferred from Tel Aviv University and studied philosophy, science…a bit of everything. A year into being a student, I started my first business. I became so busy with my business, that I wasn’t paying attention to my studies so I left school with the hopes that I would return later which never really materialized.

I was never really interested in business and I’m still not really interested in business. But, business is one of the most effective ways of accomplishing what you set out to achieve. I could’ve remained a student, protesting and getting tear gassed by police, but within the business world, I’m able to have more influence and speak to a much broader audience about issues that are relevant to me.

Tell me about your first entrepreneurial venture.

I started a recycling program on campus during the late 80s. At the time, there were no real residential or commercial recycling programs. I started at the universities and then, as the demand grew for recycled content in newsprint, I started approaching much larger corporations. I was 18, 19—I looked 15—and, I was contracting these big companies because I laid out my proposition to them in a way where they saw the opportunity to make profit, not because they sought green solutions. Finally,  one of the waste companies made a generous offer to buy me out.

What have you learned since then?

At that age, much more than at this age, challenges were exciting. What you quickly realize is that many businesses and business people are far less sophisticated than you would believe from what you learn in business school. That’s not a criticism. Sometimes less sophisticated people are better at getting things done. While it would be nice to be able to move forward with creativity, innovation and wisdom, execution usually wins the day.

What is the Social Economy and Social entrepreneurship?

It happens to be one of the fastest growing sectors in Canada.  I believe there are now over   200, 000 non-profits registered in Canada, over 40,000 in Quebec alone, and the entire sector employs over 2 million people. If you also consider the people that volunteer or contribute to non-profits in a meaningful way, you’re talking about affecting the lives of millions and millions of Canadians.

Why is there a growing interest in the Social Economy?

Social entrepreneurship has risen out of a need for the private sector to solve many of the social ills that the government has failed to resolve.  Since entrepreneurs are the driving force behind employment and growth in Western economies, they have the highest likelihood of finding solutions to these challenges. More and more successful entrepreneurs view it as their responsibility to help and make a real change instead of just writing a check.

As Inaugural Chairman of McGill’s Social Economy Initiative, what has been your involvement in establishing the SEI? What is its purpose?

In the early days of charity, people used to ask: “Where is this money going? Is it a good cause?” A good cause is equivalent to a good idea. Commitment to a good cause doesn’t ensure running an efficient charity. As we’ve gotten more sophisticated, the smart foundations are not asking about the cause but rather about the impact.

The SEI is about professionalising the non-profit sector so that charities can be run in an efficient and impactful way. There are a lot of well-intentioned people in this sector who are not necessarily very competent because they haven’t been trained. It didn’t make sense to me that there wasn’t a program, a system, or a course being offered at one of the world’s leading universities about how to run a non-profit.

Students are amazed to learn that this is a career option. Whether it’s building social entrepreneurs or non-profit managers, people should be able to leave school and approach the non-profit sector with the same professionalism they approach any other industry.

From philanthropy, to restaurants and technology, you work in diverse industries on many different projects: what skills do you bring to all of them?

The two most critical skills in business are efficient decision making and being able to execute tasks in a pragmatic manner. I wish I could tell you about my creativity and innovation but even some of the greatest creative minds like Albert Einstein talk about “10 percent inspiration, 90 percent perspiration” or artists like Chuck Close say: “Inspiration is for amateurs. The rest of us just show up and get to work everyday.” Every successful entrepreneur that I know sweated out all the details all the time: they’re working all the time, they’re worrying all the time, they’re fine tuning all the time. That’s true for a restaurant or a multi-national corporation.

What advice would you give to undergraduates currently thinking about an entrepreneurial career?

You have to state your intentions too early in university: this is what I want to do, this is what I want to major in, and this is the person that I’m going to be. Moreover, people think that if you don’t choose the right program, the right course, or even get the right professor that they will be on the wrong trajectory for the rest of their lives. It doesn’t work that way. Life keeps dealing you things that you expect, and things that you don’t. Students need to be less concerned about who they want to be in ten or twenty or thirty years from now and more concerned with what they want to be doing right now. Enjoy that, do it well, and then figure out the rest.

The SSMU Legislative Council convened for the penultimate meeting of the Winter Term 2022 on March 24. They passed a…