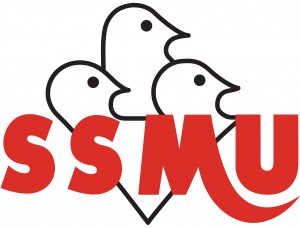 The Students’ Society of McGill University (SSMU) held its Winter General Assembly on Thursday in the SSMU Ballroom. Five agenda items were discussed, debated and voted on. The items included a motion regarding fair tuition and fee charges, Social Equity and Diversity Education’s (SEDE) collaboration with SSMU, support for Indigenous Peoples and their Allies, and approval for re-nomination of RSM Richter Chamberland as SSMU’s financial auditor. Ultimately, the assembly was declared a consultative forum because no quorum was reached.

The evening began with reports given by the SSMU executive board. They commenced with a brief overview of their specific roles, duties and plans for future operations. VP Internal Michael Szpejda spoke about the recent launch of SSMEWS, a video made in collaboration with TVM Student Television that reviews the week’s events on campus. He went on to state that the intent of the weekly video is to “give quick information about what is happening with SSMU on a consistent basis.”

VP Finance and Operations JP Briggs, discussed the prospective future of Gert’s Bar, which has been highly successful this year following their renovations. He elaborated on the Board’s desire to establish an online portal for SSMU clubs as way for easier integration and communication between all clubs’ administrators. He concluded his brief by addressing the need to revise the SSMU’s annual budget. “We are working on the financial transparency of SSMU,” declared Briggs.

The issue of financial transparency appeared to be the most controversial topic on the agenda. The motion regarding fair tuition and fee charges sparked some debate, but eventually, resulted in an amendment. The resolution urged SSMU to conduct a fair review of students’ charges according to McGill University’s internal regulations, as well as to Quebec and Canadian laws.

Political Campaigns Coordinator Christopher Bangs, who issued the motion on the floor, explained the reasons for the review. He stated, “Recently, University of Toronto has conducted a review of charges and it was found that the students were being overcharged.”

During the debate, VP University Affairs Haley Dinel, suggested that the motion should not focus on hidden tuition fees, but rather on “charges to our bills that we don’t see.” The resolution was amended and supported with a majority of twenty-nine votes.

The remaining four motions passed with minimal opposition and few amendments. The SSMU Speaker of Council Michael Tong declared, “due to a lack of quorum, the motions will be reviewed as part of the SSMU Council agenda in March.”

At the AUS Legislative Council meeting on February 27, the Secretary General presented their investigative findings on the constitutionality of…