The McGill Savoy Society is proud to present Iolanthe by Gilbert and Sullivan, directed by Roger Andrews.

Iolanthe is a comic opera, with music by Arthur Sullivan and libretto by W.S. Gilbert. The fairy Iolanthe (Sarah Gosselin) is pardoned from her crime of marrying a mortal by the Fairy Queen (Olivia Barnes). Upon being brought back from banishment, Iolanthe reveals that she had a son, Strephon (Aaron Meredith). Strephon wishes to marry Phyllis (Hanna Nes), but requires the consent of the Lord Chancellor (Guy Ettlin). Phyllis is also desired by the Peers (Lords in Parliament), and they scheme to break the young couple up by framing Strephon cheating on Phyllis. The fairies come to Strephon’s aid, but when Phyllis refuses to take Strephon back, the Fairy Queen curses the Lords by giving Strephon a seat in Parliament and the magical ability to pass any bill he pleases. Iolanthe scrambles to fix the misunderstanding, and the finale results in a happy ending for all, with about a dozen marriages between fairies and Lords.

The fantastical and slightly ridiculous storyline is typical of Gilbert and Sullivan. In the words of Mike Leigh, Gilbert’s genius is “to fuse opposites with an imperceptible sleight of hand, to blend the surreal with the real, and the caricature with the natural. In other words, to tell a perfectly outrageous story in a completely deadpan way.” The partnership of Gilbert and Sullivan produced fourteen comic operas, nicknamed the “Savoy operas” for the theatre in which the popular plays were performed. The McGill Savoy Society has been performing Gilbert and Sullivan operas on campus for forty years running, and continue to deliver professional, high-quality productions each year. 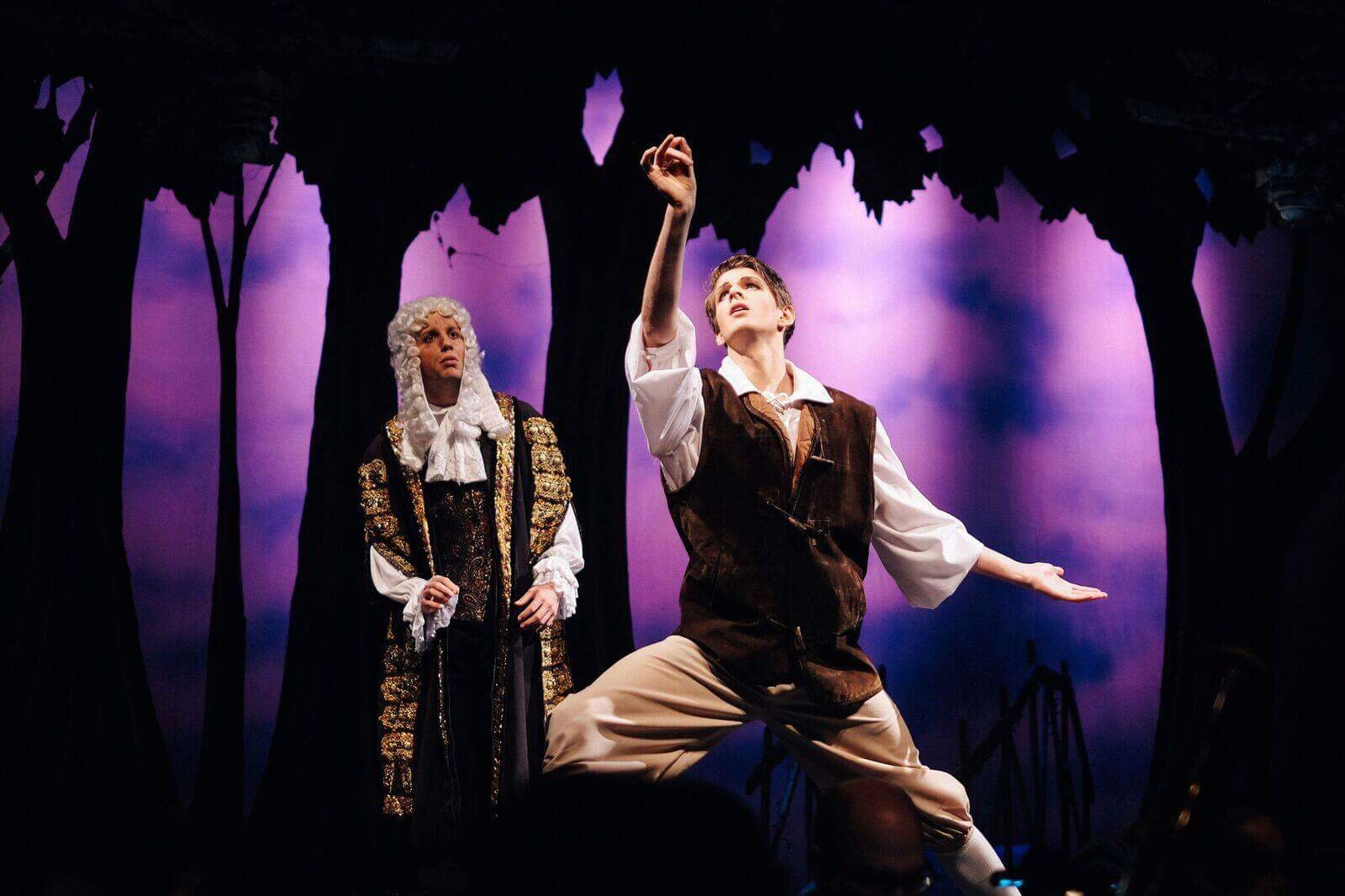 While Iolanthe is a comic opera, Gilbert and Sullivan inject a significant amount of social commentary and satire into their production, especially about British politics. The infamous chorus of “Loudly Let the Trumpets Bray,” for example, is “Bow, bow, ye lower middle classes.” There are several quips about the lack of brains in British Parliament, delivered in deadpan fashion by the peers themselves. Gilbert and Sullivan shows have also been criticized as sexist, but in this production of Iolanthe, it seems that the women wield the power and the men are the butt of the joke. Instances and lines that could be interpreted as sexist are delivered in a way that serves as a critique of the treatment of women, rather than an affirmation. The satire could easily be obscured by Iolanthe’s pure silliness, but McGill’s production does well to deliver it subtly and impactfully.

The Savoy Society stays true to classic Gilbert and Sullivan with over-the-top, campy performances that highlight the comic bizarreness of the plot. The actors must deliver quips in 19th-century vernacular, while singing intricate operatic numbers. Musical theatre of any kind is a challenge, but the difficulty is multiplied tenfold with the level of skill needed to perform opera. Gilbert and Sullivan’s works require high skill in virtually all areas of performance, and the cast does not disappoint. Barnes’ performance as the Fairy Queen is the standout, with the cast’s strongest vocals and excellent comic delivery. Hanna Nes as Phyllis features nearly the same level of vocal talent. The comic highlight of the show is “If You Go In, You’re Sure to Win,” performed by Ettlin, Michael Loewen as Montararat, and Feng Xiong as Tolloller, and featuring smart and funny choreography by Coralie Heiler. 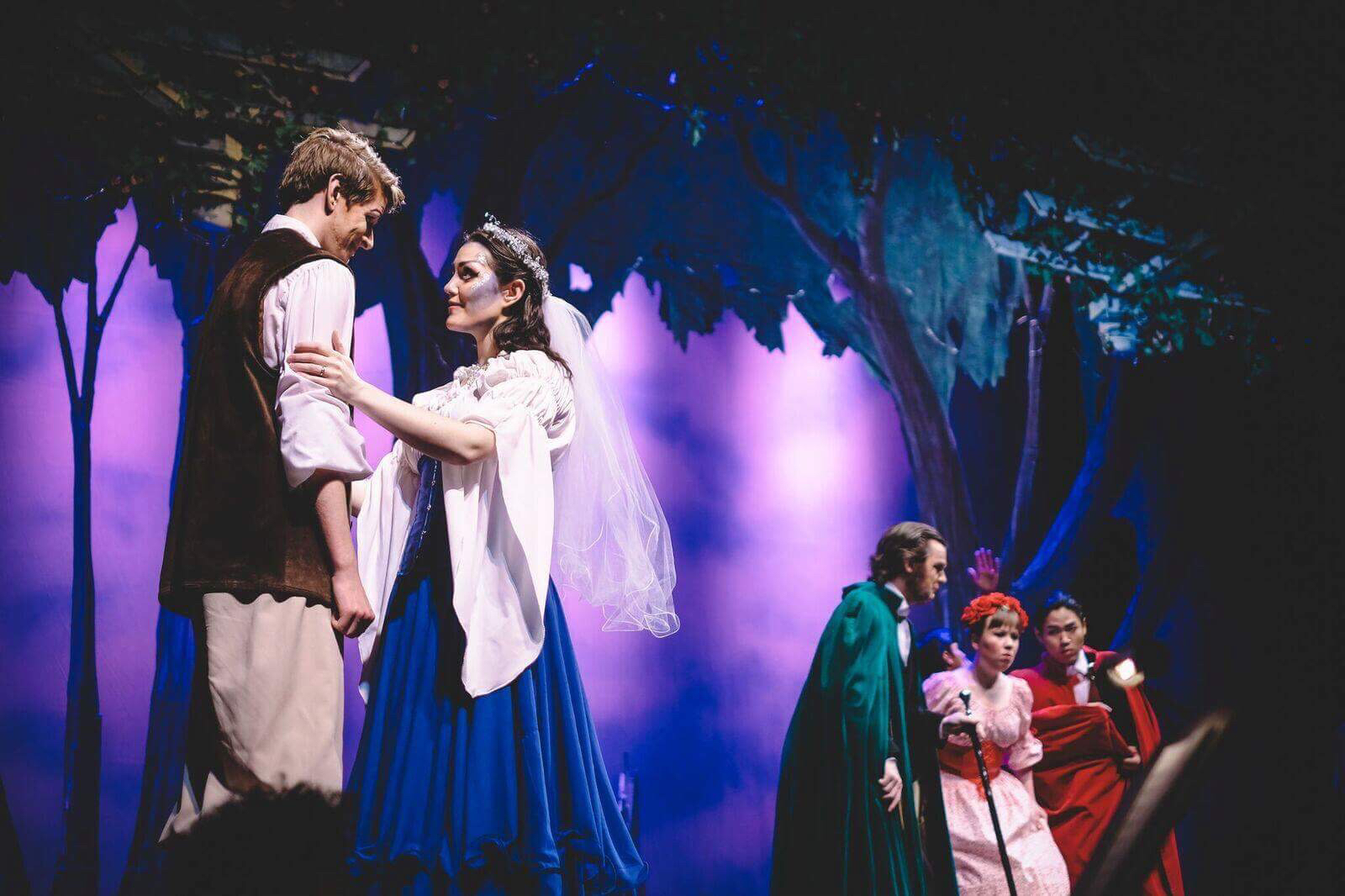 A particular strength of this production is their attention to detail. Despite a sizeable chorus, each actor injects personality into their performance, and none of the fairies or the Peers simply blend into the background. This detail is particularly impressive given the large size of the cast; for Andrews to ensure that nearly everyone’s character stood out in turn is a feat. This makes for particularly entertaining group numbers, especially the hilarious “Loudly Let the Trumpets Bray,” performed by the Peers. Given the thoroughness everywhere else, the diversity in accents is surprising and distracts from the otherwise consistent performances.

Performances are supported with high-quality production elements. Set designer Jean-Claude Olivier created gorgeous painted backdrops for the set. The production used few set transitions; the minimal set design allowed the maximalist performances to remain the focus. Costumes by Nicole Heiler were also outstanding, particularly the colourful velvet robes of the Peers and the Fairy Queen’s magnificent dress and wings. Lastly, the McGill Savoy Opera Orchestra, conducted by Sara Wunsch, is the musical heart of the show and puts on an excellent and highly professional performance. 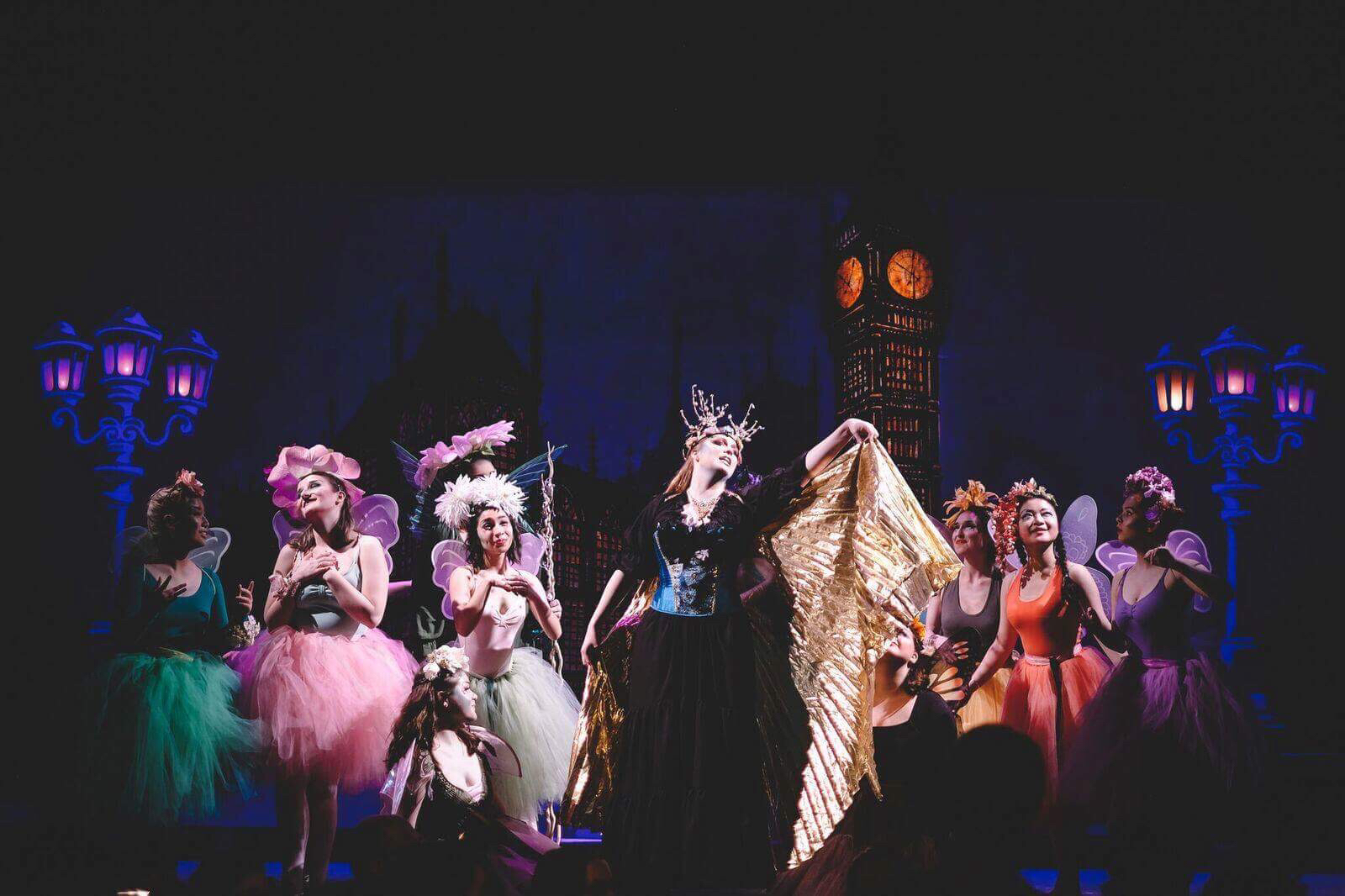 Opera is generally stereotyped as a high-strung, serious, and “uppity” affair, but Gilbert and Sullivan make the genre accessible and funny in a way that could easily appeal to the masses. Nonetheless, Iolanthe isn’t for everyone – the nature of the show is best suited for experienced and enthusiastic theatregoers, and may not appeal to the casual audience member just looking to be entertained. But for those who can keep up with the language, the music, and the clever satire, Iolanthe is a treat and a must-see. The Savoy Society has produced a show for passionate theatre lovers to relish.
Iolanthe is on at Moyse Hall in the Arts Building, with shows on February 16th and February 17th at 7:30 pm. There will be a Saturday matinee show on February 17th at 2 pm. Tickets are $15 for students and seniors, and $25 general admission. The Savoy Society encourages people to reserve and buy tickets here.