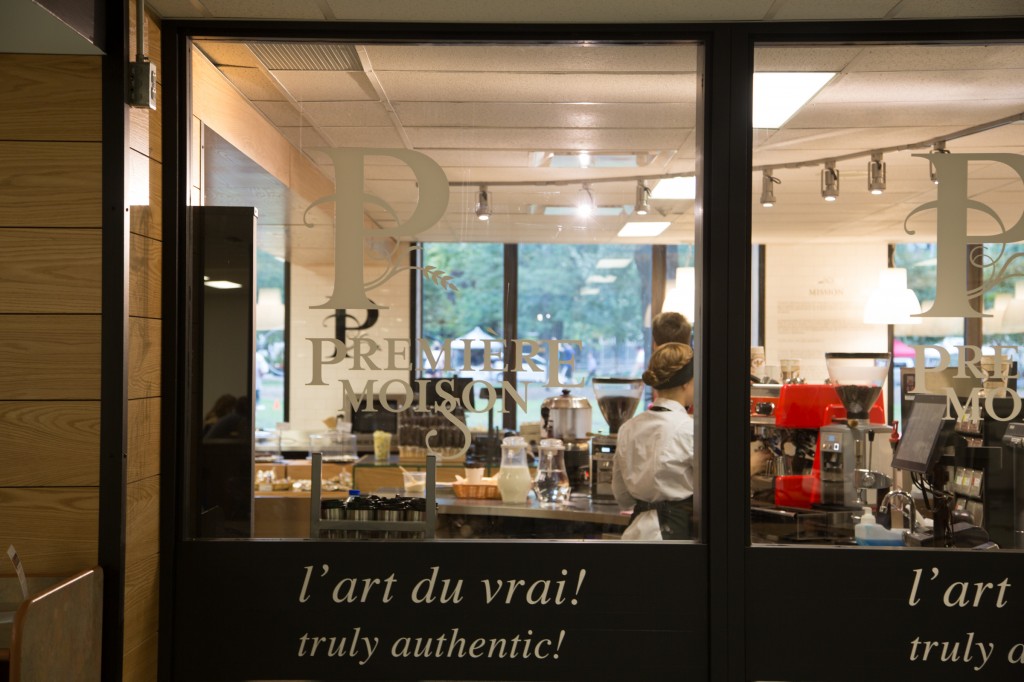 “We have been trying to bring a more local flavour to campus,” explained Mathieu Laperle, the Principal Director of SHHS. “Montreal is a food destination and when students come here they expect to experience that.”

“Part of your experience at McGill is to embrace Montreal,” elaborated SHHS Executive Chef, Oliver de Volpi. “If we only offer American or Corporate Canadian chains students are missing out on the McGill experience. That’s why we feel it’s important to bring the flavours of Montreal onto campus.”

Première Moisson is a Quebec chain operated out of Montreal. The company promotes socially and ecologically sustainable business practices by sourcing food locally, supporting Quebec agriculture, and concerning themselves with workers issues such as pay and positive work conditions.

The company sells fair trade coffee and homemade bakery items made with flour milled in Quebec. Under Première Moisson’s agreement with the McGill administration the chain will eventually purchase food from McGill’s own farms.

Administrators feel that culturally, Première Moisson is a strong fit for McGill’s campus given SHHS’ new goals and focus. “We’ve had a lot of success incorporating more sustainable and local foods into our dining halls,” elaborated Oliver de Volpi, the SSHS Executive Chef. Première Moisson has a large sustainably platform that matches what we are already doing.”

Despite good intentions, Première Moisson has been met with mixed reactions. “I would say that the majority, maybe 65 percent of the people who have come in, are happy to see the change. 25 percent are upset and the balance are indifferent,” explained Première Moisson Manager, Trevor McKergow.

McKergow reported that students are pleased with the variety of choices offered by Première Moisson, even if they are surprised by the change. “I think students are happy with what we have here,” said McKergow. “If students get upset with us we carefully explain to them that there is a Tim Hortons just around the corner on University,” he joked.

Although some students are pleased with the high quality options offered by Première Moisson, many feet blindsided. “The Tims was really popular,” said second year International Development student Derrick Linker. “The cheap coffee was great and so convenient. I was disappointed to see it go.”

Other students are ambivalent towards the change. “The Tims was nice but I think the administration had their reasons to get rid of it,” said Ashleigh Loger, a second year economics student. “The school has a bottom that line they need to consider. I know people are upset but the change is probably good.”

Political Science student, Karen Holstead agreed that the change was for the best. “I’ve been there a few times now and have been pleasantly surprised by the quality and price. For what you’re getting I feel that it is reasonable.”

Volpi and Laperle feel that SHHS carefully balanced its new direction with student requests. SHHS involved students, Redpath library officials, the sustainability office and SHHS executives to ensure all parties were satisfied with the change. “We included students because we wanted their opinions. When you are trying to provide options to 45,000 students you can’t please everyone,” said Laperle. “But we are trying to give students what they want.” 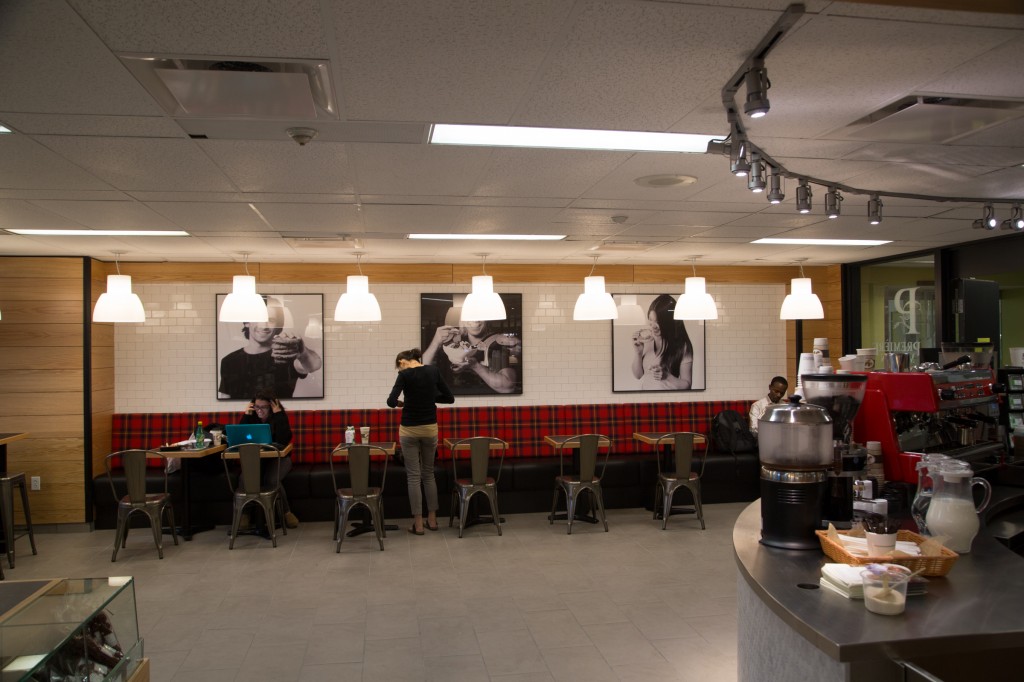 The Cost of Quality

Students have been concerned with Première Moisson’s prices. Since products are handmade with higher quality ingredients, prices simply can’t be as low as those of Tim Hortons. “Première Moisson is proud to offer sustainable products, but there is a certain cost associated when you introduce those things. I think that at the university level people understand that,” responded McKergow. However, he did concede that the cost might be limiting. “I understand that this isn’t the kind of place students will come to three times a day.”

Laperle feels that, given the quality, Première Moisson’s prices are surprisingly low. “The quality for the price you get is incomparable,” he explained. “We have learned that people are willing to pay for quality. At the same time we have a variety of options on campus – you can get a whole meal for seven dollars but you can also get sushi. There is something for everyone.” 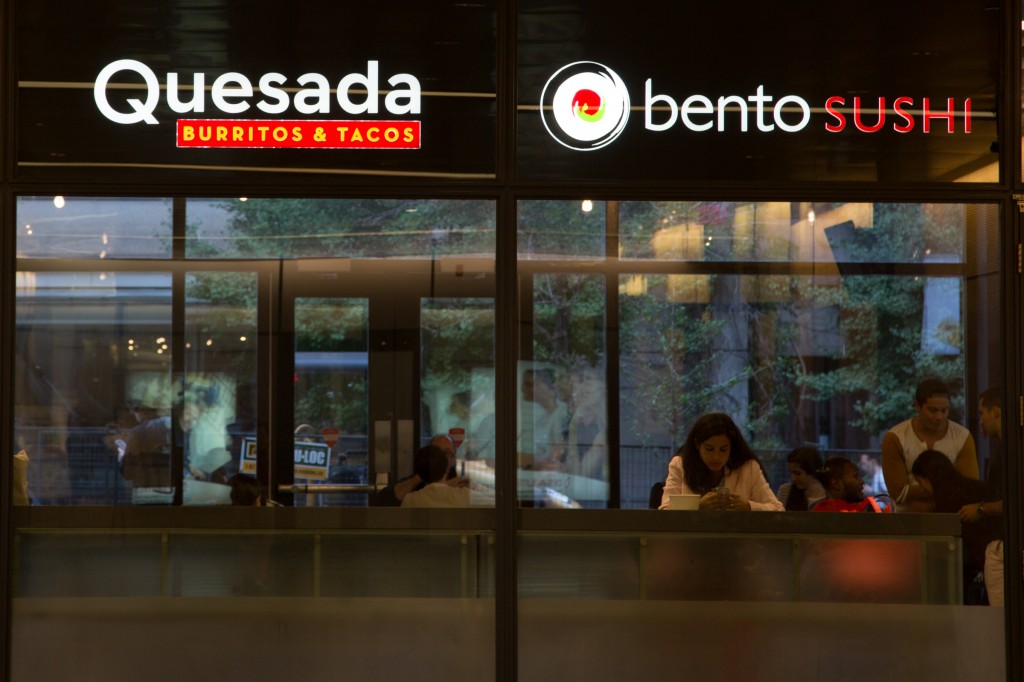 “Based on our surveys we knew that students wanted Asian and Mexican food. Students were talking about Chipotle six months before we even made the announcement” laughed Volpi. “Chipotle wasn’t interested in coming to Quebec so we looked around for other options.”

As SHHS continues to alter campus food options, Laperle made clear that just because Tim Hortons has left for now doesn’t mean that it is gone forever. “It’s not that we hate Tim’s!” he joked.  “The door isn’t closed,” Volpi agreed. “In five years time, they could be back on campus.”

The question of what your local, independent bookstore does for you can be hard to conceptualise. However, when you sit…