Yet another election in the United Kingdom? How did we get here?

Despite the historical ties between our nations, I have often found the denizens of North America to be somewhat apathetic to the usual happenings of their drizzly island progenitor. This upcoming election however, is no “usual happening.” Arriving at the backdrop of such enormous political upheaval as Brexit, the threat of a second Scottish referendum, and a string of terrorist attacks across Europe, this election very much leaves Britain at a crossroads. Perhaps more so than any other in recent memory.

David Cameron failed in his gamble on all accounts. In a bid to win over right wing Eurosceptic voters, former Prime Minister Cameron—who campaigned to remain in the EU—promised a referendum on Britain’s membership of the European Union during his 2015 election campaign. To his credit, Cameron kept his word; not only was the referendum held, but when his “Remain” campaign lost, he took responsibility for the blunder and resigned. Indeed, following the shock defeat, it quickly became apparent how few people in Cameron’s Conservative Party actually wanted the referendum in the first place. Barely even a day after the vote came in, the Tories descended into infighting and hysteria, with almost all major figures advocating for “Leave”—such as Boris Johnson and Michael Gove—cowing from responsibility.

And so entered Theresa May. In a time of such turmoil for both her party and the country, the former Home Secretary ran in the subsequent leadership election on a campaign of decisiveness and stability; promising to make a success of Brexit, and put a disunited kingdom back in order. She won decisively, and is now Prime Minister. A call for a new election has now been taken to affirm May’s position in the eyes of the public.

I realize that these subtleties may be confusing to those who were not fortunate enough to be born within the shores of our Sceptred Isle.  And so, for the Americans, Canadians and other assorted foreigners who attend McGill with me, I have prepared an unofficial guide to the parties and key issues at play in the British Election. 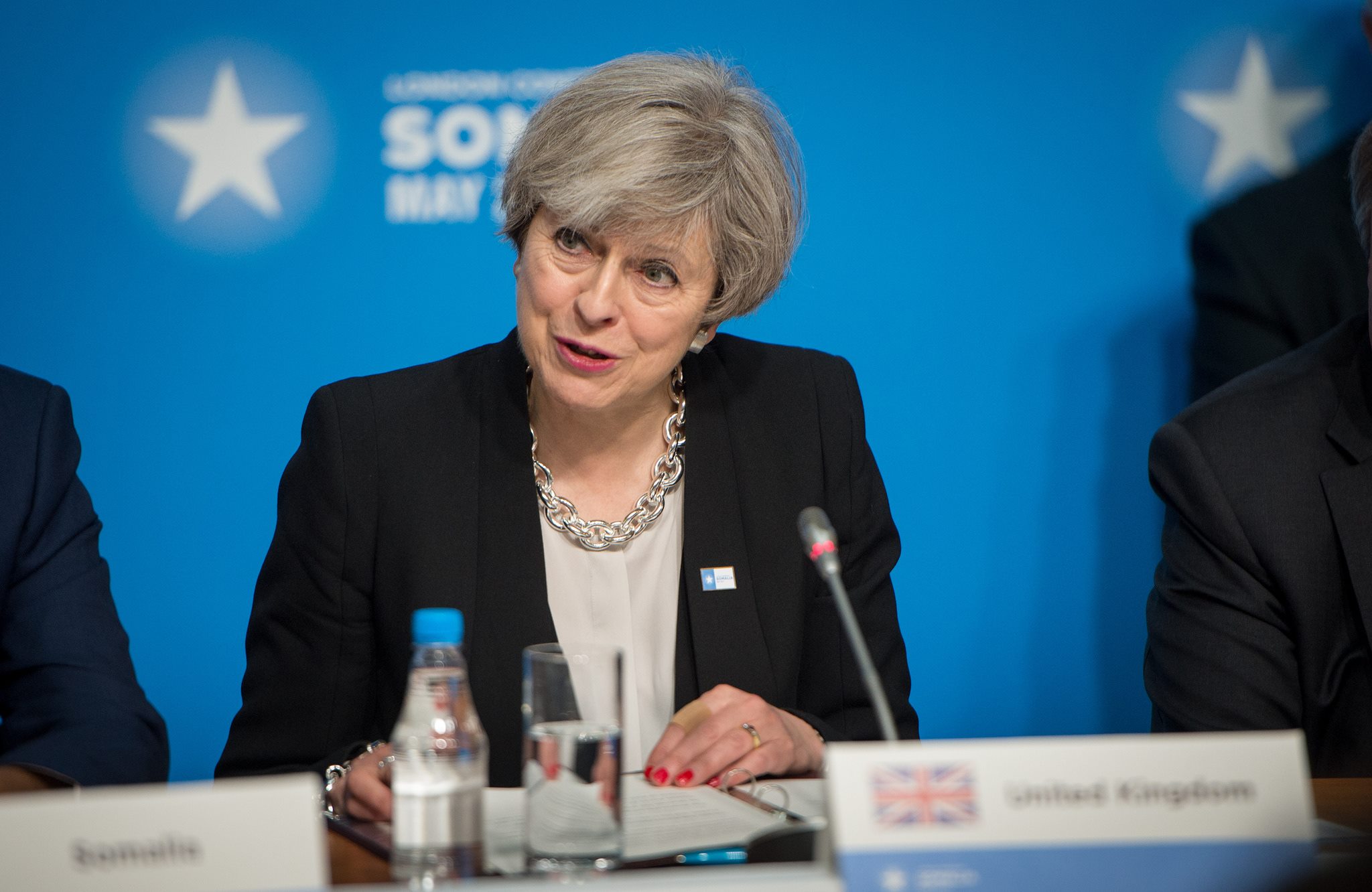 Ever the incumbent “safe choice”, until recently, the Tories’ dominance of British politics was all but assured. Although plunged into infighting in the immediate aftermath of Brexit, May’s ascent seemed very much a stabilising influence. Indeed, she used this as an attack line against their traditional rivals in the Labour Party, whose civil war had been dragging on since their leadership election in 2015. Seeking to capitalise on this, the Conservative campaign adopted the slogan “Strong and Stable”. However, at interviews and debates, May has not appeared ‘Strong and Stable’ herself, appearing shaky and indecisive. More seriously, recent terrorist attacks in Britain have called May’s security credentials into question. This – coupled with the fact that Labour’s left wing manifesto is proving popular – has resulted in the Tories’ previously unassailable lead in the polls being catastrophically eroded – much of which from their own doing. 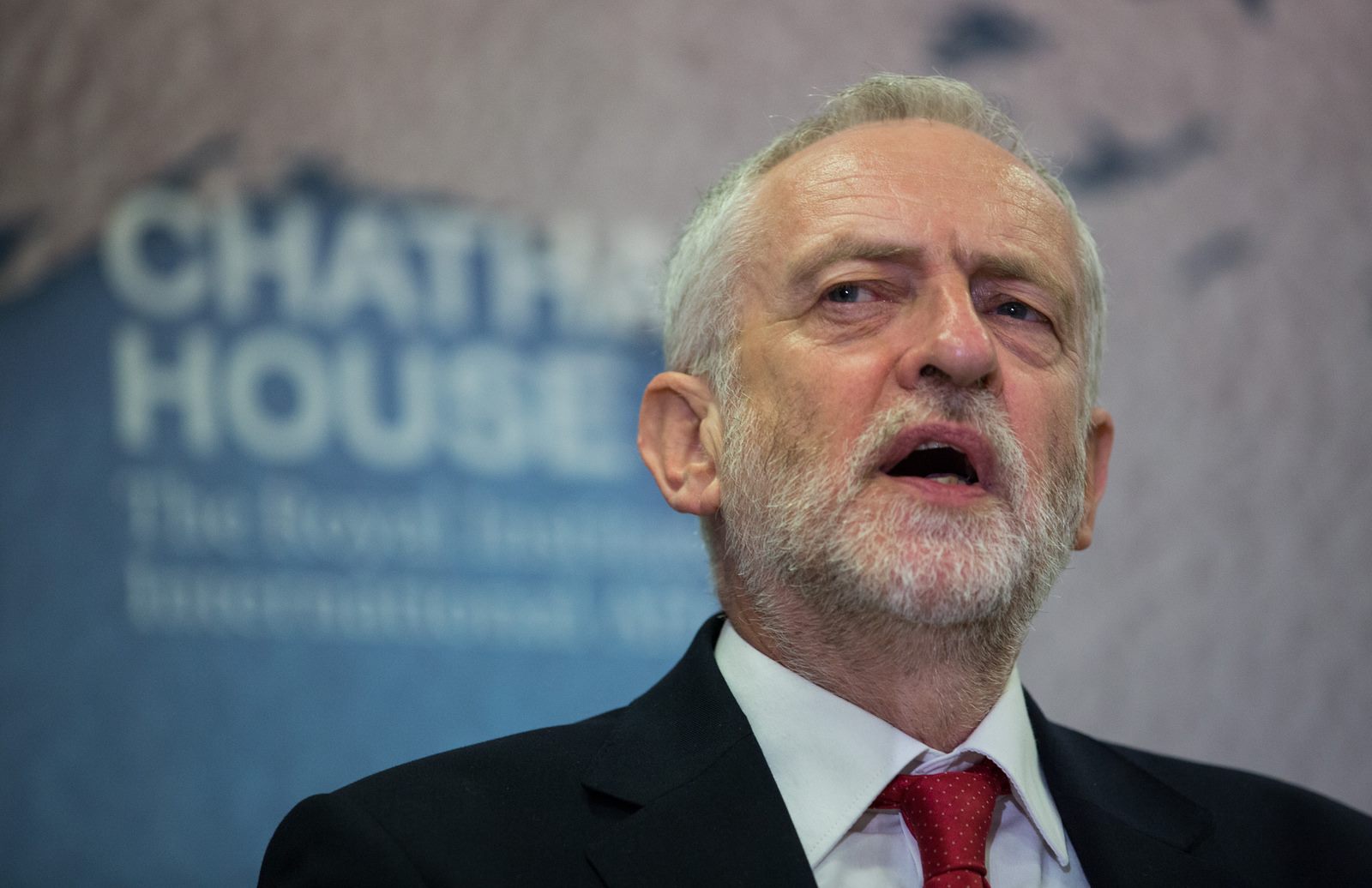 Core Areas: Inner city areas, Wales, Newcastle, and other old industrial centres where Bovril and flat-caps can be found in critical mass

The party of Blair, Atlee and Kinnock has undergone many radical transformations through the years. The election of left wing firebrand Jeremy Corbyn was perhaps one of the more dramatic. A perpetual outsider, he spent most of his life in the backbenches plotting the downfall of the global neoliberal order. Originally, he was almost nominated out of pity, with other MPs putting him forward for “intellectual diversity.” But when the party leadership election came in 2015, Corbyn used his status as an outsider to harness growing anger against the established Blairite wing of the party, winning in a landslide. Every revolution begets counter-revolution, of course, and he faced stiff resistance from both within the party and without.

Nonetheless, despite nearly winning the party election by accident, Comrade Corbyn has had the last laugh, and is now mostly unopposed. Since then, he has pulled the party dramatically to the left. Despite his election, the public was still not convinced. Corbyn and his cabinet were successfully smeared as extremist and incompetent; a bunch of old trade unionists playing revolution. Pictures of Corbyn alongside IRA figures, and unfortunate remarks about his “friendship” with Hamas and Hezbollah have circulated widely, and were capitalised upon by his opponents both inside and outside the Labour Party. However, Labour’s manifesto, which combines traditional right wing issues such as reducing immigration and leaving the European Single Market (in addition to honouring Brexit), and a solidly socialist economic programme, has proven a hit with the public. Labour were all but defeated, but if current trends continue, the future may yet be red. 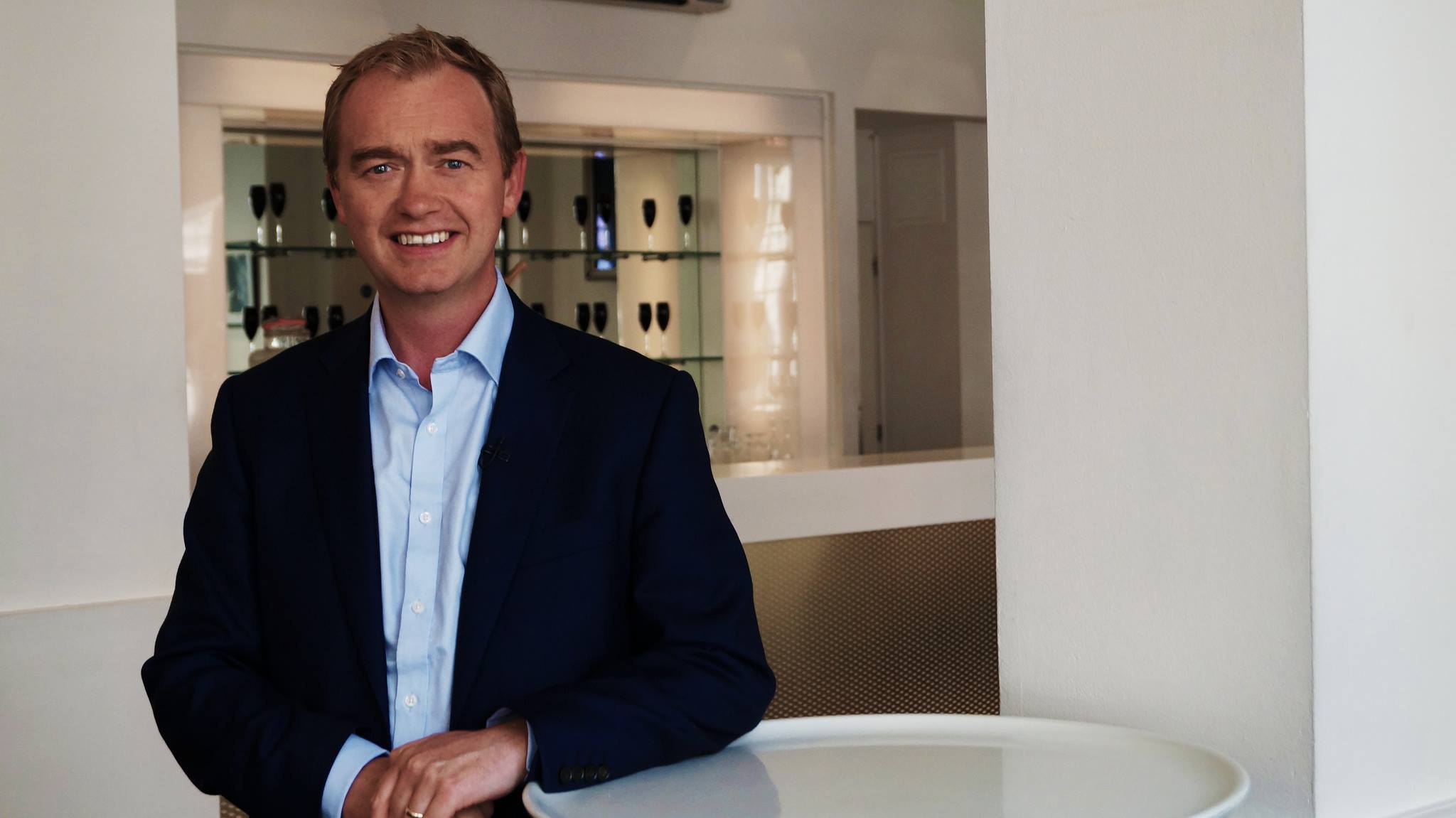 Core Areas: I dunno… Cornwall? Shetland? Is that still a thing?

The LibDems were utterly decimated in the 2015 election, after having reneged on a key election promise of refusing to raise tuition fees as part of a coalition government. One would think that with a Tory party endorsing a right-wing Brexit, and the Labour party with a polemic left winger at the helm, the centrist and pro-Europe Liberal Democrats would be enjoying a renaissance of sorts. But thus far, it has not materialised, with the party showing no significant gains in the polls.

There may be several reasons for this. Namely, their new leader, Tim Farron seems like a nice enough bloke, but has the charisma of an avocado. And to be honest, that is pretty much the deciding verdict for the party at large – I say this as a LibDem voter myself. Generally, they give this whole politics business a good go, and maybe should get a participation award. But, in the words of Tim Farron, your time is probably better spent watching Bake-Off than staying up till 3am to see the Orange Tide consume Britain. 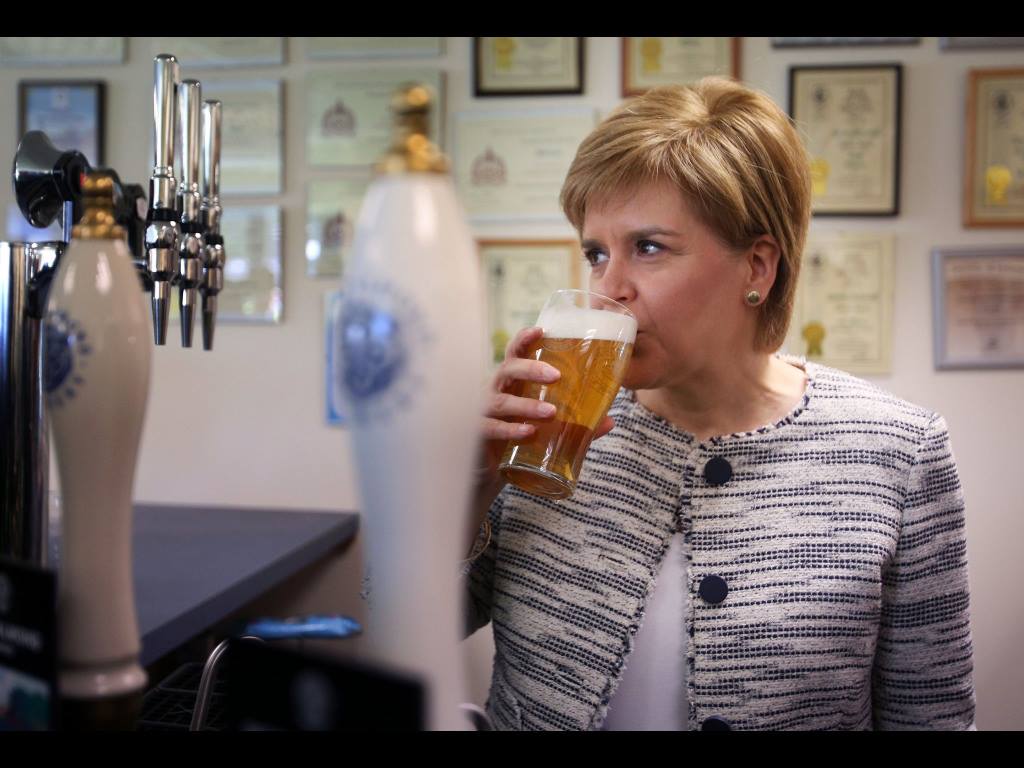 Dislikes: The English, any aspect of governance that doesn’t pertain to independence, the imperialist yoke of Westminster

Core Areas: Where do you think?

Nicola Sturgeon, current First Minister to Scotland and head of the SNP, has enjoyed quite the revival. Possessing more charisma – and looking less likely to die of a heart attack at any given moment than her predecessor Alex Salmond (basically Scotland’s Jacques Parizeau) – she has led the party to dominate Scottish politics in both Holyrood and Westminster. But there are signs this honeymoon period is coming to an end. Having been in power in the Scottish Parliament for ten years, contempt for the SNP’s governance is growing.

The SNP’s Unionist enemies will obviously latch upon their perceived failures in the domain of healthcare and education. But even many pro-independence Scots are beginning to find their constant talk of independence tiring when Scotland’s public services are in disarray. The SNP will still almost certainly win in Scotland, but their dominance is being eroded.

Likes: Britain, forgetting the words to the national anthem so just humming patriotically instead

Who were we becoming independent from? God knows. But apparently we’re free now. Nigel Farage has had his moment in the sun; this was all he wanted, and his work was done, so he left his position as leader of UKIP with a colossal power vacuum. Whilst it was funny to see Boris Johnson bumble his way through a Tory party crisis, it paled in comparison to the slapstick hilarity of UKIP’s post-Brexit civil war.

The favourite to win, Steven Woolfe, was disqualified because he literally forgot to hand in his application in time. He was later hospitalized after a fistfight with another UKIP MEP who took the piss out of him for it. You couldn’t make this up. Instead, the guy who took Farage’s place was Paul Nuttall, a man equally as ridiculous, but nowhere near as charismatic. If I didn’t know better, I’d think he was a Sacha Baron Cohen character.

But, the sad fact is that none of this matters too much. UKIP were a one trick pony. Now everyone’s seen the trick, and no one is particularly impressed. Perhaps it’s time to take the pony out for a walk in the woods. 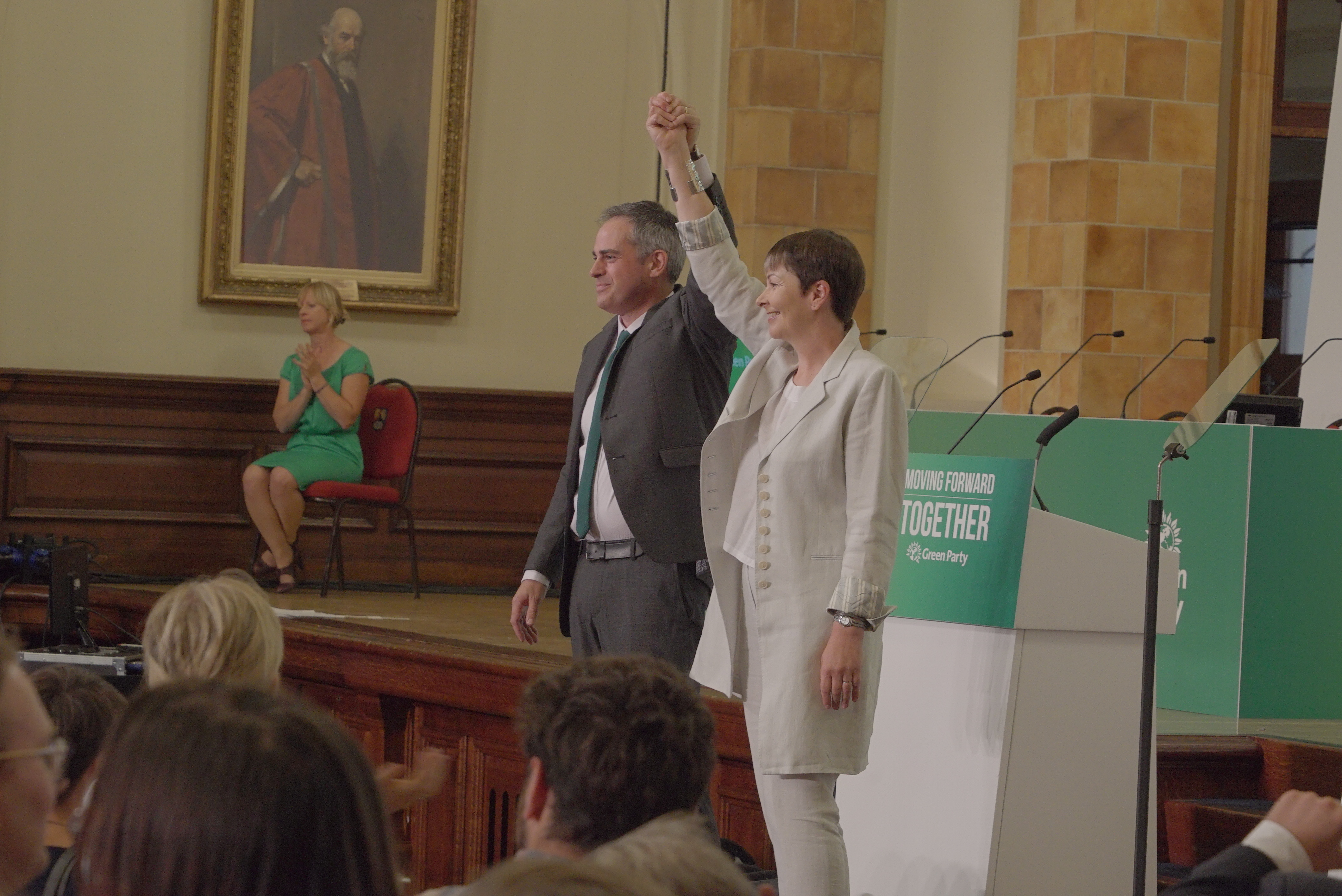 Ever the choice of hipsters and people who showed up to the voting booth stoned, it would seem impossible for the Greens to be made even more laughably irrelevant. But, remarkably, Corbyn has done just that. By dragging Labour to the left, the Greens’ role as a left-wing protest party seems rather redundant. Oh well. It was hardly like they were going to win a seat anyway.

*Aspects of this article are satire and are not intended to be taken seriously.

I took up the addiction, freestyle, as it were, on the balcony of a high-rise apartment building. This was over…