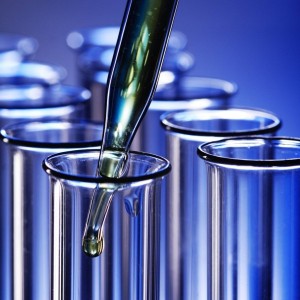 To maintain its reputation as a world-class research institution, McGill University has a responsibility to encourage scientific innovation. Our researchers have discovered the basis of radioactive elements, studied the functions of different parts of the brain, and even helped mold the foundations of modern medicine. With the advancement of technology, funding, and time, the realm of discovery is expanding at McGill. Though most of the focus is placed on the research done by postgraduates, for many students research at McGill can begin at the undergraduate level.

“As the Associate Dean once said, in so many ways, there is really not that much difference between an undergraduate and a master’s student,” asserted Victor Chisholm, the Undergraduate Research Officer in the Faculty of Science. “Master’s students have more hard skills and training, but undergraduate students can also have fresher eyes and approaches.”

Research-based courses place undergraduate science students in the laboratories of leading researchers for credit and allows students to gain practical experience. “Students become engaged in creating knowledge and figuring things out rather than just memorizing the facts,” Chisholm noted.

Through work in a laboratory, undergraduate researchers have gained exposure and have contributed to major discoveries. Jaan Altosaar, a 2013 McGill graduate and a current graduate student pursuing a PhD in physics at Princeton University partook in research at McGill in the labs of epigenetics Professor Moshe Szyf and biophysics Professor Walter Reisner.

“McGill’s excellent support of undergraduate research via courses, funding, and conferences means you cannot escape such scientific immersion,” Altosaar explained. “Logical experimental research plans taught me discipline of thought and action, sustained perseverance, and how necessary it is to reflect on one’s observations to ensure objectivity.”

There are several programs piloted by McGill connecting students to research opportunities, such as the Soup and Science series of presentations and funding initiatives available through the Undergraduate Research Office. Recently, Chisholm found that the number of students paid for research conducted in the summer is approximately the same as the number of tenure track professors doing the same thing.

“MSURJ is a peer reviewed journal, open to science and nonscience students,”  related Farah Musharbash, Senior Editor of MSURJ. “After submission, we send it to professors and researchers to review two to three times, as well as read the articles themselves. After the process, we pick which ones will make it to the journal.”

Aside from reviewing and publishing the work of other undergraduates for the journal, the editors behind the publication are involved in their own research pursuits. Musharbash assists a PhD student in a biomedical engineering lab supervised by Dr. David Junkers, in which specific proteins called biomarkers are studied. The biomarker proteins, detectable through blood tests, could be used in the future to catch high mortality diseases, such as cancer and heart disease.

“I helped conceive a new algorithm for detecting a special class of mutations,” Shi beamed. “My work has helped identify the genetic causes of several disorders, as well as profile the exomes of cancer patients. Traditionally these endeavours could take years, but now we can accomplish them in a matter of weeks.”

Brian Krug, the journal’s Associate Editor, completed research relating to plant evolution and drug development for cystic fibrosis. “The advantage of doing undergraduate research is that it helps you form ties with professors that will benefit you in completing graduate degrees,” Krug advises. “An independent research project or summer internship can give you a jump-start on your master’s. If you form a connection with a professor that you enjoy working with, you can know what you’re getting into.”

Chisholm emphasizes that experience is the main target of the research program at McGill, “Personal innovation is the goal, not just to have one discovery and it’s over with, but that we transform students so that they can discover their gift or their talents and see what they can do with that day after day.”

Paul Wiseman, one of McGill’s most renowned researchers and leading chemist and physicist, discovered his interest and field of research in chemistry and health during his years as an undergraduate student. Now, Wiseman has discovered properties of malaria that allow for more accurate and simple diagnosis.

The research efforts of undergraduate students are showcased yearly at the Undergraduate Research Conference, occurring this year on October 10 in the Arts Building. Research featured this year spans many disciplines and delves into topics such as “the fear of missing out”, glacier melting, green pharmaceuticals, and sensory stimulation. Chisholm says that many people that attend the conference believe some of the research conducted by the undergraduates is graduate level work. Chisholm attributes the depth of the work to both the quality of the students and the willingness of professors to accept and mentor students in research.

Yuhao Shi supported that the collaboration of the university and undergraduates is important to the advances made in research  “Most people think McGill is fostering groundbreaking research because it recruits the best faculty. While I don’t disagree with that, I strongly believe that innovation can just as easily come from undergraduate students,” Shi argued. “In the end, it is this rich research culture that makes a difference.”

The McGill Department of English, Drama and Theatre proudly presents The Cradle Will Rock, written by Marc Blitzstein, and directed…