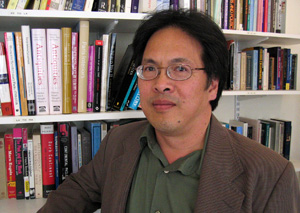 Last Friday, The Institute for the Study of International Development (ISID) began its annual speaker series. ISID welcomed Professor R. Bin Wong to discuss the improperly conceived relationship between good governance and economic development. Using China as evidence, he argued that the Eurocentric paradigm of institutionally driven development is limited and should be expanded to encompass path-dependent growth that is motivated not by broad based institutions, but local tradition.

Bin Wong spoke to an intimate group of students and faculty from the East Asian Studies, International Development and Political Science departments. Among the audience was Lucas Da Silva Almeida, a student from The University of Brazil who was in Montreal to present his undergraduate thesis. “I heard that there would be this lecture so I took a break from my tourist trail to come here,” he explained. “I’m interested because the lecture will gather knowledge about how the world was interconnected long before the great navigations or the internet. The relationship between the East and West is quite fascinating.”

Although under a limited time constraint, Bin Wong established that the modern belief is that democracy is integral to strong, sustainable development. However, this paradigm fails to account for Chinese economic growth. China has continued to sustain development for centuries in the absence of a democratic government.

Bin Wong then furthered his argument, expanding it to include modern institutions, specifically The Word Bank. Of the six World Bank indicators of Good Governance, which are used to determine which countries are eligible for aid, only one concerns democratic issues. “It is possible to imagine a government without a democracy that would meet the indicators of Good Governance,” Bin Wong elaborated. This directly contradicts the common understanding that democratic institutions are a prerequisite to development.

The World Bank was of specific interest to third year Finance major, Alex Rohrbach. “I noticed that there would be some discussion of the World Bank, so I was interested in hearing a different perspective on it.”

Bin Wong’s unconventional narrative concerning the World Bank and good governance stirred conversation. The primary concern was that China, although a country experiencing great development, is not necessarily a prosperous nation. China is currently suffering from the ongoing issue of economic disparity, but is also wrestling with widespread political corruption. In response, Bin Wong noted that “you have all brought forth excellent and challenging questions, which I can answer to the best of my knowledge. However, as an economist, the scope of my responses may be limited.”

Eric Kuhonta, the events coordinator explained that generating such discussion is the aim of the series. Kuhonta is part of the three person panel that each fall comes together to decide whom to invite to speak. “We invite individuals who are active in development no matter what their field.”

Development studies encompassing economics, political science, anthropology and geography meaning there is great diversity in the topics discussed through the course of the series. “We try to bring largely academics,” Kuhonta continued, “but also practitioners of development studies and invite them to discuss broad topics.”

He conceded that due to the academic background of speakers that some talks may be primarily theoretical, but emphasized that all undergraduates, graduate students and faculty are welcome. “None of the talks should be too difficult to comprehend,” he noted. “As long as you are interested in development they are open to anyone.”

The yearly series runs the academic year hosting events each Friday. Topics of discussion this year include political competitions following the Cold War, corruption in modern China, gender and property rights in Ecuador, Ghana and India.

This coming Friday Andrew Wedeman, Professor of Political Science at Georgia State University will discuss the paradoxical truth that despite widespread political corruption, China maintained growth through the 1980’s and 90’s. He will speak from 2:30 – 4:00 in Arts 160.

Are you subletting your apartment this summer? Whether you’re off to a fast-paced internship in New York City, heading home…