On Friday, February 9th, friends and family gathered to celebrate the opening night of Zoë Pawlak’s new exhibition at Centerfold Gallery. The show, entitled Arrival Measures, features Pawlak’s new collection of contemporary landscapes. The paintings are at once accessible and whimsical, navigating the space between abstraction and realism.

According to the official press release, “The paintings do not note a particular time or place, but rather allow the viewer a space for contemplation. They are derived from her own subconscious memories of growing up on the West Coast and speak to the larger feeling of what it means to be Canadian and how our memories are connected to the landscape.” 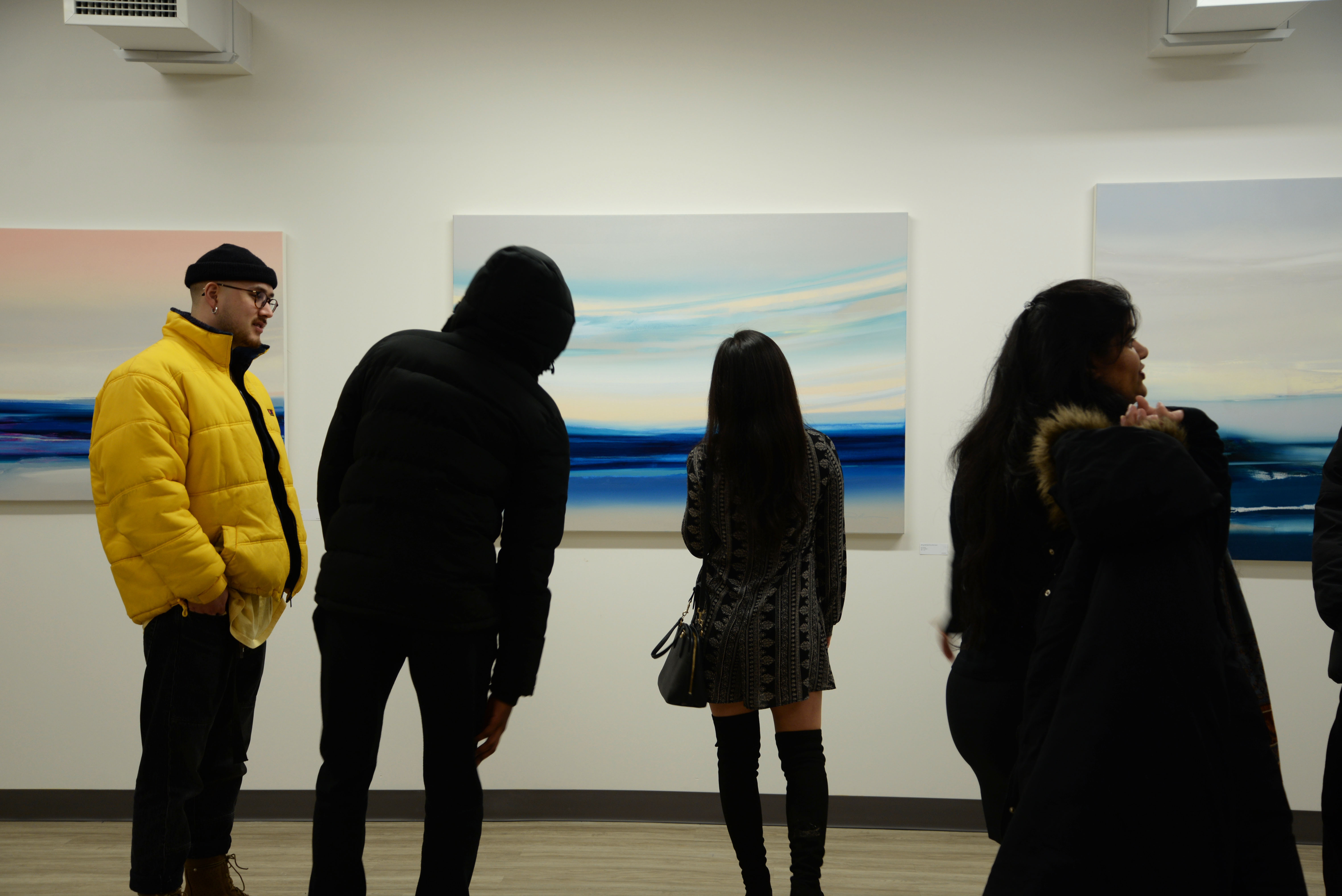 Many of the paintings evoke memories of seascapes and mountain ranges, seamlessly melting into smooth skylines. The pieces provide spaces for meditation, their perusal inspiring a contemplative stillness in their audience. Pawlak is an experienced painter who boasts an impressive resume, and her work has been featured in Martha Stewart Living, Interior Design Magazine, Design Milk, and Architectural Digest Magazine. She has collaborated on rug and furniture collections, and is garnering a reputation as a talented designer as well as painter. Her eye for interior design can be seen throughout Arrival Measures, and the show is comprised of paintings that would each make a beautiful addition to any home. In fact, as the sleek white lookbooks artfully scattered about the gallery proudly assert, Pawlak’s painting already hang in the private collections of Cobie Smulders, Cristina and Trevor Linden, and Club Monaco. 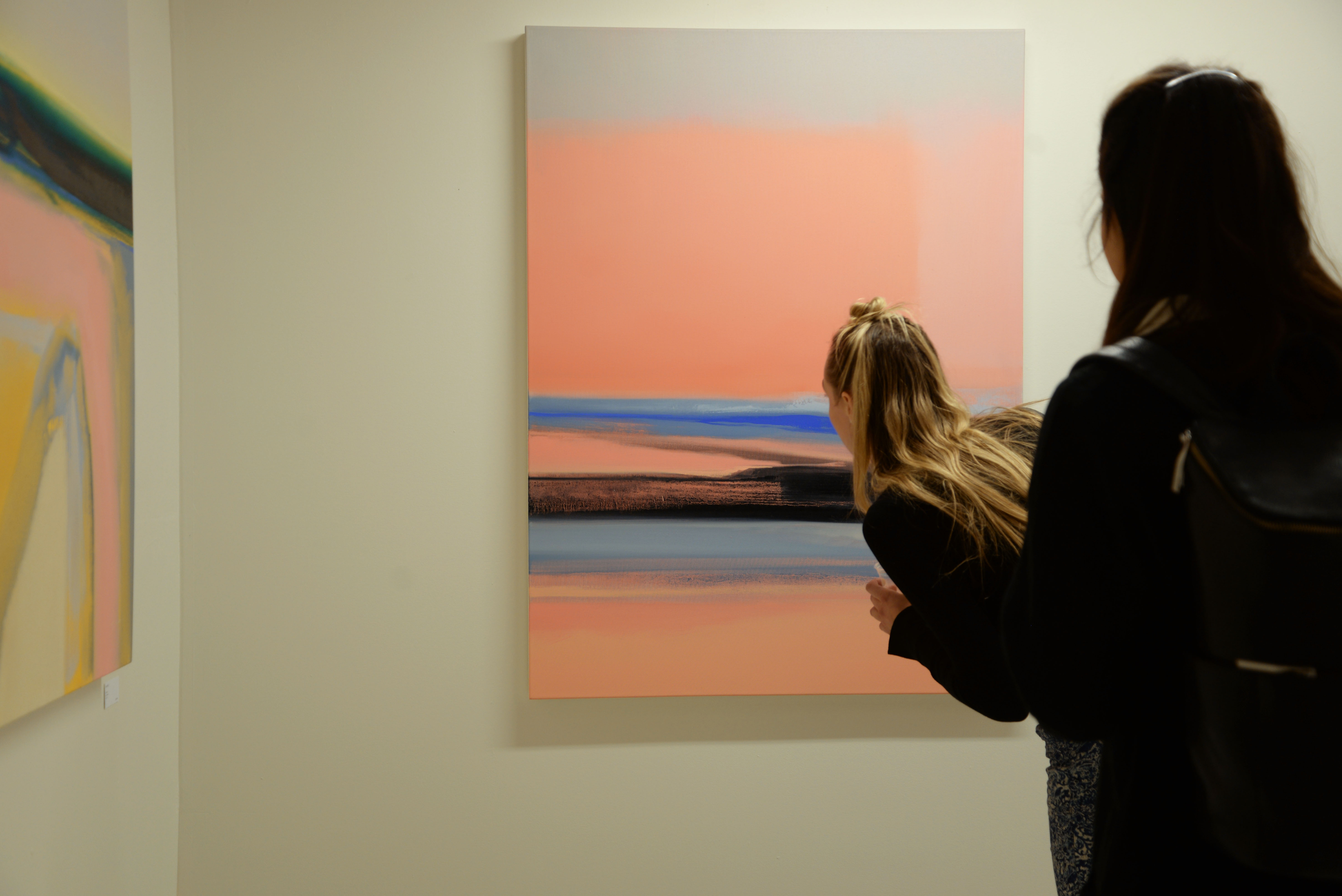 The evening also marked the debut of Centerfold Gallery’s first permanent location, in Westmount’s Victoria Park Building. Centerfold is a Montreal-based organisation founded by McGill alumni, which originated as a series of pop-up events. The event series operated under an unprecedented economic model that funded artists based on the audience’s experience. Event attendees would make a donation upon entering, then rank the exhibits on a ballot, the results of which would determine how much the artists were compensated. This new, fixed location does not operate under with this model, but aims to be a place where local and regional artists can gain exposure and sell their work. The new brick and mortar gallery is an airy, modern space that lends itself to conversation as well as quiet contemplation. The lobby leading to the gallery features photo collections from other artists represented by Centerfold, and contributes to the audience’s slow immersion into the calm, minimalist venue. 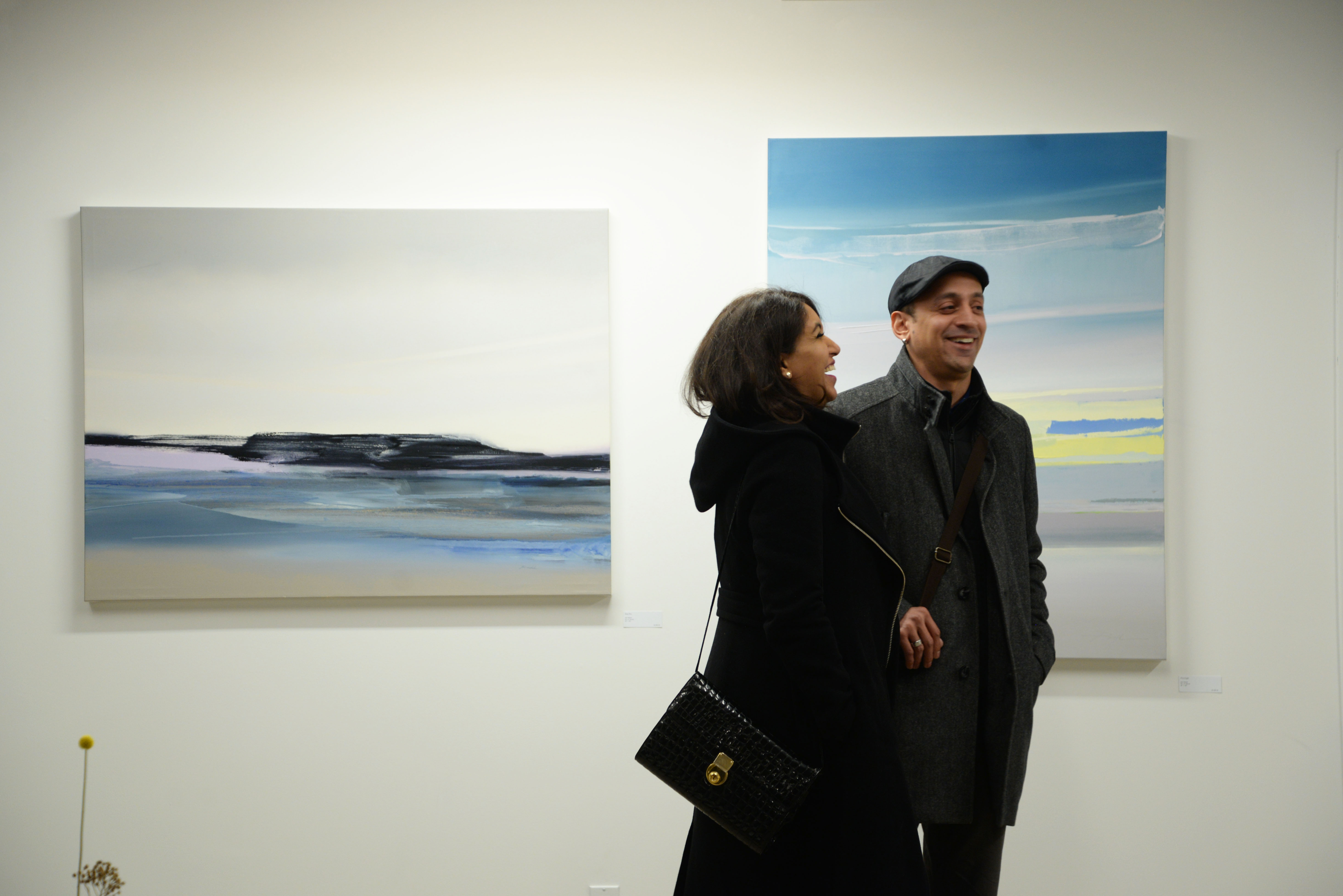 Arrival Measures will run from February 9th until March 1st at Centerfold Gallery.

On November 2, the Students’ Society of McGill University (SSMU) Legislative Council convened for the fifth time this semester. This…