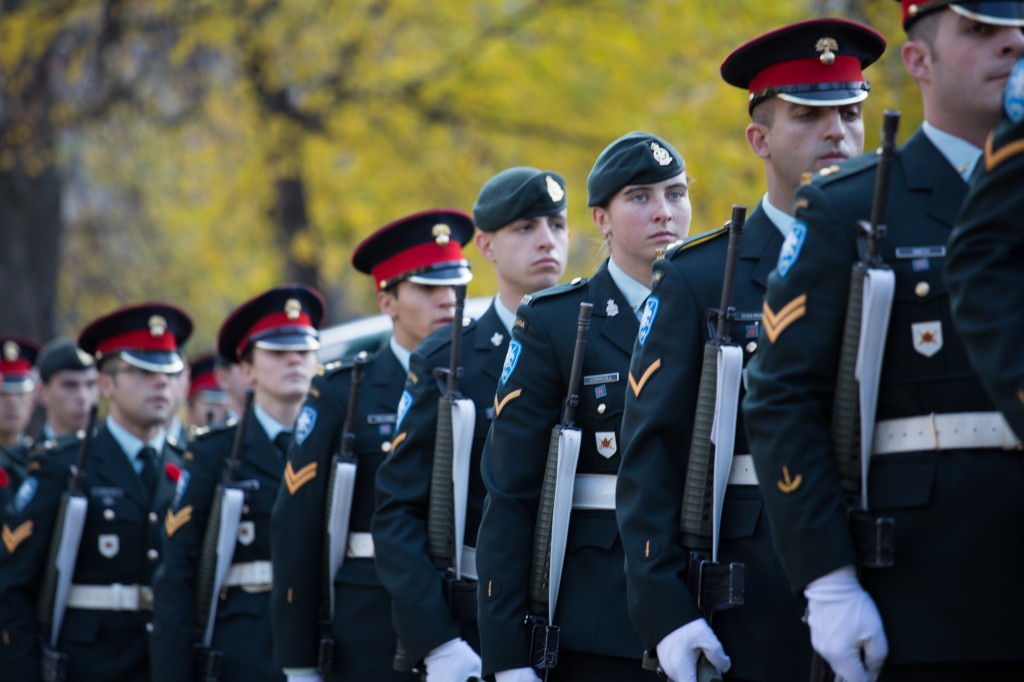 Last week was a rough week for Demilitarize McGill. Any student who has been on Facebook in the last couple of days will have noticed the backlash against their protesting of the Remembrance Day ceremonies held on Lower Campus. Because this criticism took different forms, it is crucial that we distinguish the responses of concerned citizens from those of deluded chauvinists. While the former were offended by the lack of discretion exhibited by the demonstrators, the latter are calling on the activists to give up their nationality as punishment for what they deem an affront to Canada and its fallen heroes.

Those that fall in the former category have valid concerns, which need to be discussed. However, the others who interpret Demilitarize McGill’s protest as ingratitude for the “privilege” of being part of this nation have to be exposed for the bigots they are. One might not be sympathetic to Demilitarize McGill’s latest stunt, but if it’s taught us anything it’s that it is time to de-bigotize McGill.

The first breed of grievances is the moderate one, shared by individuals who are often keen to stress their understanding of Demilitarize McGill’s narrative. However, this segment of the population nonetheless deemed the actions of the student group to be offensive. For them, Remembrance Day is about honouring the incredible sacrifice and bravery exhibited by our country’s soldiers. In this view, protesting the ceremony in the name of whatever convictions some of us may hold misses the point of remembrance, and shows a lack of respect for our nation’s heroes. Remembrance Day is a day of mourning, and Demilitarize McGill showed a huge lack of sensitivity by being present there.

The activist group responded to this message by denouncing calls for respect as “tools of suppression,” thoroughly failing to address the flags initially raised by their fellow students. For those who were offended by the demonstrations, Remembrance Day is a solemn time during which we express gratitude for the sacrifices made by others to guarantee the rights these activists enjoyed and will continue to enjoy. Therefore, in light of these honourable losses, tact would have required Demilitarize McGill  to stay home and pack it in.

These concerns are well placed, and many intelligent, reasonable people I know exhibit them. Yet, it is worth politely asking: how offensive were the activists’ actions really? They did not shout in the moment of silence, they did not attempt to disrupt the procedure, nor were their messages directly offensive to the memory of soldiers. This does not excuse their presence, but it goes some way in distinguishing the protesters from their most ardent critics on the scale of “delicacy.” They might not have shown appropriate respect, but they were sensitive enough not to deserve a comparison with the Westboro Baptist Church.

In contrast with those who were offended, some online commentators have critiqued the activists by questioning their integrity, and have gone so far as to deny their right to be citizens of this nation whose past actions they are now protesting. All whilst claiming Demilitarize McGill are ignorant of the fact they owe their right to protest to our veterans, these individuals overlooked the nasty historical antecedents to their own views. Somewhat ironically, they correspond strikingly well to one of the defining features of early European fascist movements the ideology many of those we commemorate on Remembrance Day fought and died to defeat.

Calling on Demilitarize McGill activists to resign their citizenship is repulsive and casts doubt on the integrity of the values of those making such absurd claims. More worrying is the fact that these remarks are only the latest in a barrage of bigotry found online by a fanatically conservative minority that is ever increasingly vocal. If these individuals wish to commemorate the fallen soldiers of past wars, then they ought to start by upholding the very freedom established through their sacrifice.

The authors of such comments constitute the Tea Party of our campus, and take every opportunity to zealously pollute our feeds with their insufferable dogmas. Inasmuch as this is the case, it is crucial that we separate their remarks from those of the reasonable objectors to Demilitarize McGill. The latter ought to be engaged with, the former ought to be exposed as their views have no place on a university campus, nor indeed in the 21st century. Lest we do this, the efforts of the soldiers we commemorate will have been in vain.

Players’ Theatre is proud to present their first production of the new year, Rhinoceros by Eugene Ionesco, directed by Guy…