Janet Yellen, the first acknowledged “dove” in monetary policy, was confirmed as the next chair of the Federal Reserve in a 56-26 vote just a few weeks ago. While the significance of Yellen becoming the first chairwoman of the Fed can hardly be understated, there is an entirely different dimension to the discussion of what this signals for the future of US monetary policy. In the past, the Fed has been dominated by a streak of “hawkish” policies. Yellen, however, is set to launch the Fed on a new path of “dovish” actions over the next several years.

A Change of Pace

In appointing Yellen to the position of chair, President Obama broke historical precedence in a number of ways. She is the first woman elected to the position in the Fed’s 100 years of existence, and one of the few women leading central banks globally. Although she received resounding support from Democrats, she was less successful in convincing Republicans. The backlash from the political right was expected, given both that Obama’s hand in the selection carries it’s own stigma for the party, as well as the fact that dovish policies tend to upset the wealthier, traditionally right-leaning demographics (lower interest rates could eventually meant that their money is worth less).

Since the 2008 financial crisis, the U.S. and other countries have been struggling with low demand and high unemployment. Under Ben Bernanke, with Yellen as vice president, the Fed kept interest rates at zero and created a bond buy-back program of $85B each month, in a third round of Quantitative Easing (QE3). However, most politicians feel that as the economy continues to show signs of positive growth, it is time to start cutting back. The Fed announced last month that it would accordingly reduce the QE3 to $65B and continue to keep interest rates at zero. The Federal Open Markets Committee (FOMC) agreed to this under the advice of Yellen.

The Stage is Set

Yellen has gone on the record stating that her primary focus will be to combat high unemployment. Since inflation is still below the target of 2% (though the hawks think it might rise), the issue remains on the backburner in favour of efforts to promote the development of the labour market.

These policies seem to be working. November of last year saw the U.S unemployment rate fall to a five-year low of 7%, and the economy grew in the third quarter of 2013 at its fastest pace in almost two years. At the same time, however, the Fed’s balance sheet assets have quadrupled as a result of its bond buy-back program. Where some would think this was a concern, Yellen has a history of defending this ideal – first at the San Francisco Reserve Bank and then as Ben Bernanke’s deputy.

With her recent appointment, analysts foresee her continuing to reduce QE3, coupled with zero interest rates. Some worry about the possibility of her continuing dovish policies even if the growth rate of the economy continues to accelerate, perhaps out of inexperience. However, experience is something Mrs. Yellen has ample quantity of.

Yellen worked for six years as the chief of the San Francisco Federal Reserve, and has worked for three years as the No. 2 official at the U.S. Federal Reserve. She also served as the top economic advisor for President Bill Clinton, and worked on the Federal Board when Alan Greenspan was chairman. In addition, she is a well-respected scholar, and has taught at Harvard University, the London School of Economics, and the University of California, Berkeley. She led the Federal Reserve to the 2% target inflation rate and has championed the guidance the Fed has used to shape expectations in the market about the path of interest rates.

As Yellen takes over, analysts expect the tapering of QE3 to continue. Some worry, however, that the tapering may not be quick enough as the growth rate of the economy continues to accelerate. Given her dynamic history, however, it is reasonable to believe that Yellen will have no trouble responding to the indicators of inflation and unemployment, and that a return to hawkish policies for the Fed lies in the very near future

What to Look For

In essence, her main task will be to navigate the central bank out of its stimulus program as most Republicans, and some of Yellen’s colleagues on board of the FOMC, believe that interest rates close to zero may lead to asset bubbles. In recent months, more and more analysts have been declaring that this “shaving down” is long overdue.

Because the Fed already vowed to keep investors protected by keeping interest rates extremely low, Yellen has no choice but to stand by the decision in order to keep the bank’s credibility intact. Even before her term begins, she is already in a sticky situation: she has to wind down the QE3 while maintaining low interest rates without rattling financial markets or the US economy. To do so, she has two options – wait before making further reductions in the buy-back program if the recovery stalls, or wind it down should the job market strengthen unexpectedly. This depends not only on how the unemployment and inflation rates progress during her term, but how she reacts and plans to navigate public expectations effectively.

Another implicit goal not necessarily pertaining to Yellen’s implementation of monetary policy is to get all of the members of the FOMC on the same page. Her power will lie in her ability to prove that her stance on the U.S economy as a whole is what matters, all the while keeping a strong but not “too strong” regulatory role of the Fed. She seems to be comfortable with this role, stating upon nomination that “one of the Federal Reserve’s main strengths is its capacity to vigorously debate diverse views, and then to unite.”

What does this all mean for Canadians? Firstly, the tremors of the program raises bond volatility, which is great for traders, but not so great for investment planning and hiring. As U.S bond yields shift to adjust to the Fed’s reduction of the buy-back program, domestic markets instantaneously react. The question is now whether Yellen can keep to her goals of reaching target inflation, raising interest rates, and reducing buy-back, all while keeping a “strong financial regulatory role.” As of now, the public expects her to keep her dovish character, but with her skills and experience, more and more analysts are expecting a hawk to emerge as she settles in to take the reigns. 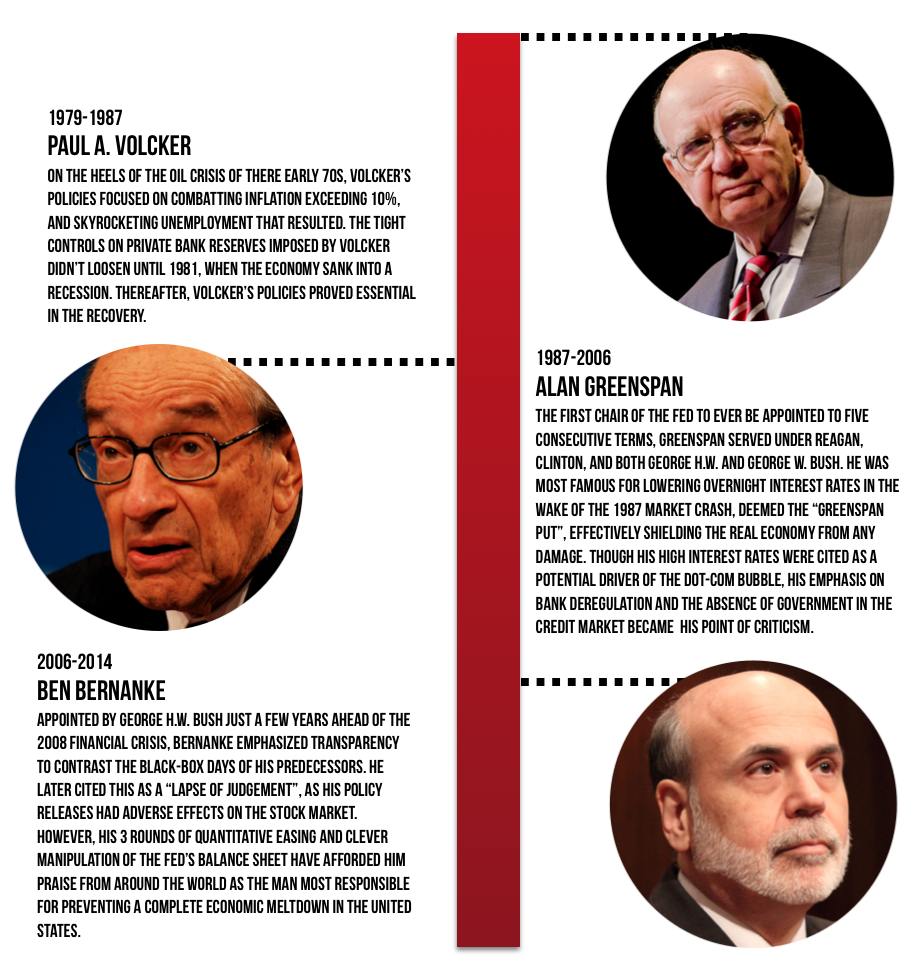 This is a developing story and will be updated as new information becomes available. On Friday, April 12, Principal and…