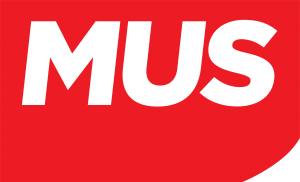 MUS Representative to SSMU Meredith Drieseberg was removed from office on February 9th as a result of a conflict of interest and personal reasons. She has since resigned as a member of the MUS Board of Directors.

“MUS wishes Meredith all the best in her future endeavors and thanks her for all her time and efforts devoted to the improvement of our faculty and our relationships with SSMU,” a press release from the MUS notes. Ms. Drieseberg was not available for comment.

The MUS will hold a special election until February 22nd to fill Drieseberg’s position. They are seeking to fill the vacant position with one of the candidates wishing to become a Board of Director representative for the 2013-2014 year. The elected candidate will serve for the remainder of the semester, as well as for the entirety of next school year.

The full press release can be found at: http://musonline.com/blog/2013-02-20/press-release-new-management-representative-ssmu

On the eve of the Sep. 20 Federal election, the Bull & Bear spoke with the leaders of McGill’s Liberal,…