My parents aren’t big fans of the Disney Channel or Cartoon Network—those channels have ads about cereal that play every three minutes and they blast particularly loud noises and bright lights that aren’t exactly, well, appealing—especially to someone over the age of forty. It didn’t help that my parents disapprove of the sugary cereals in the first place, and probably were simply trying to use TV in order to escape those loud noises that my brothers and I were most likely making all day.

So what to do instead? The show that my parents ended up feeding me and my brothers ended up not even being a show aimed at kids. It was Planet Earth, with the soft, soothing voice of David Attenborough, jaw-droppingly beautiful photography, and, of course, intricately layered and deeply informative vignettes about the creatures with whom we share this Earth. What’s not to like, especially from a parenting standpoint?

As soon as the series was available on DVD, it was sitting in our living room. My brothers and I, eight, six, and three years-old at the time, sat down, zoned out, and let our jaws hang as soon as those DVDs played. And my parents – justifiably – were proud that they had brought quality content, and peace and quiet, to our household. They were even happy to sit with us, watching alongside as we marvelled at the vampire squids and zebras of the Great Plains.

Of the 11 episodes that were released in 2006, I have no doubt that I’ve seen each one at least five times. And I’ve probably seen some (like “Ocean Deep” and “Caves,” my personal favourites) more than twice that. Looking back, what’s most amazing is that the show never lost its value for me. My attention span probably wasn’t too great as an eight-year-old, but I could sit down and watch, over and over, episodes of this show with no problem. And every time I watched, I would catch something new, an 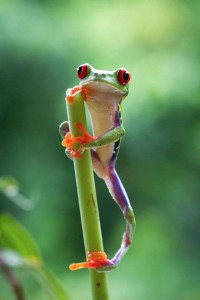 d be just as amazed as I was on first viewing.

It’s hard exactly to pinpoint what captured my attention when I first watch the show, simply because there’s so much to choose from. Planet Earth is a sprawling epic that touches on nearly every part of the explored world, and even some parts that aren’t quite as explored. The only possible complaint anyone could have about the original Planet Earth is that there simply isn’t enough of it.

So when I heard about the upcoming release of Planet Earth II a year or so ago, I knew I would be watching it as soon as it came out. This fall, I waited attentively as news came out about the show—first, that it would be released earlier than expected (September 2016, maybe??), then, that it would be released later than expected (Late January 2017??). Finally, Planet Earth II was released, with the first of six episodes airing in the beginning of November. And it did not come quietly. Every episode has had ratings of nearly 10 million viewers, making it the most watched natural history series in 15 years, behind only Blue Planet, the David Attenborough-fronted precursor to the original Planet Earth.
And so, as soon as the new series came out and I had it in my hands, I settled in to watch, and, just like when I was eight, I was spellbound. The storytelling and visuals are just as powerful, if not
more so, than the original series, thanks in large part to 117 filming trips in over 40 countries by the film crew, for a total of more than 2,089 days of principle photography. A good amount of the series looks computer generated—the images are so crisp and focused, they make the show feel literally unreal. I watched the new series utterly captivated, my imagination hooked. I looked back at the original Planet Earth, just to see if it held up to how I remembered it.

It did, of course. I was surprised when, as I looked back over the show, I could remember the little vignettes, the pieces of dialogue, and the images that had stuck with me. It was almost like playing back a favourite song from my childhood, one for which I had unwittingly learned all the lyrics. Media has a way like that: It digs into us, sinking in and sticking forever. After nearly a decade long break from the show, I could jump back in where I left off. My childhood curiosity was reinvigorated.

Although Planet Earth II is a reboot, it doesn’t feel that way, in contrast with, say, Fantastic Beasts and Where to Find Them. The latter, designed to bring back the Harry Potter franchise, revisits old themes in order to elicit the nostalgia of the original novels and films. On the other hand, Planet Earth II is more of an extension of the original Planet Earth: those first stories weren’t finished being told; those beautiful images released in 2006 were just a taste of what would come in 2016. The emotional reactions that Planet Earth II elicits aren’t based in nostalgia; they’re based on sheer awe, giving off a sense of wonder that would be just as powerful even if Planet Earth II had been released as an original series. 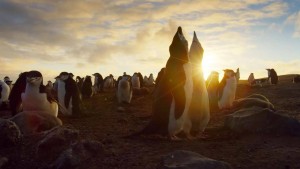 That first Planet Earth series inspired in my brothers and me an entirely new conception of what existed in the world around us. If I ever went to the library with my family, you could easily find me curled up on a chair, holding a book bigger than my head and unable to tear my eyes from huge, color photographs of the animals that I’d had a glimpse of in Planet Earth. I always wanted more—to see those animals in new ways, to learn how they lived, what they ate. It’s a primal curiosity to learn about the world around
us, but Planet Earth was the catalyst for me to explore that world, even if it was from the safety of an armchair.

I have no doubt the new series will inspire a new generation of parents and families to do exactly as mine did. They might not buy the DVD set, but they’ll stream the 4K goodness that is Planet Earth II off Netflix or BBC One, hoping that their kids absorb every frame their eyes can catch. For everyone else, watch Planet Earth II to reawaken that childlike drive to learn about animals, explore new frontiers, and imagine the world from absurdly different perspectives than our own. After all, with a show like Planet Earth, it’s hard not to let your inner child out.

Coronavirus, or COVID-19, continues to wreak havoc across the global economy. Governments are reporting thousands of cases of the potentially…