McGill’s students are reshaping how we deal with e-waste, and having fun doing it 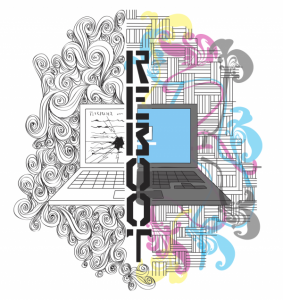 McGill has a lot of computers, and things inevitably go wrong with them. Scattered across McGill’s many libraries are almost 600 computers, laptops, and electronic workstations of various kinds. This does not include the computers found in non-library buildings such as the language labs and faculty study areas. On top of this are the computers not for public use in laboratories, classrooms, offices, and library counters all over the university.

Students spill their Tim Horton’s double-doubles on them, they get damaged in flash reservoir floods, or if they somehow survive the endless liquid onslaught, they get too old and (budget cuts notwithstanding) are replaced. Disposal of these computers is one of the responsibilities of McGill Hazardous Waste Management (HWM). HWM handles products that are chemical, biomedical, radioactive, or just really sharp. But a considerable amount of their work is spent on electronic and technological garbage, also known simply as e-waste.

Since the start of McGill’s Clean and Green project, a local recycling company called Kadisal comes by both the Downtown and MacDonald campuses to collect, destroy and recycle e-waste. But even if our technological trash is properly recycled, is it still wasteful if the technology in question is still useable? Reboot McGill certainly thinks so.

Reboot McGill is a student-run club with an interesting mandate. Reboot intercepts the usual recycling process to refurbish unwanted laptops and send them out for reuse in the McGill community. Started in 2009 by McGill Engineering students, Reboot McGill redistributed 100 computers in its first year. This was done with a budget of $200, provided by the McGill Sustainability Fund. In recent years, the club has drawn funding from the Engineering Undergraduate Society.

When Hazardous Waste Management picks up electrical waste, it separates the completely unusable stuff from anything that still works. “Computers that are still decent and functional are sent to Reboot,” explained Christian Bouchard, manager of HWM. “Everything else we send to Kadisal. Before Reboot came around, we would send it all to Kadisal.”

Reboot has already repaired 70 computers since the beginning of the year. Currently the club has a dozen members. I stopped by the Reboot McGill office and workstation to talk to Amber Gamrat and Shivan Kaul Sahib, two current members, and Daniel Ranga a former director of the club.

“A lot of the things that are thrown out still work in some way,” Gamrat noted. “Most of the time you look at it and its missing a component. Even if its not working its still useful for parts. In the end, someone could get a computer. We request a donation, but basically if you need a computer you get one. It’s not going to be the fastest newest computer, but it helps a lot of people.”

For those of us who grew up learning about the three R’s, Reduce, Reuse, Recycle, it may seem surprising to hear that they are not all considered equal. While recycling is more sustainable than simply throwing everything away, there are some challenges with recycling in general, and e-waste recycling in particular. In 2008 the EU released a Waste Framework Directive, which ranked five waste management strategies from most to least desirable. Topping the list was prevention and reduction, while the least desirable strategy was simple disposing. In comparison, reusing materials was ranked second, while recycling came in third.

All forms of recycling require energy. The heavy metals, plastics and manmade materials in much of our technology pose further challenges to the process. The result is that we expend a lot of energy, some of it polluting, in an effort to recycle our waste.

Joshua Kyle, one of the founders of Reboot, presented at a TEDx Talk in 2011, where he discussed the problems of computer recycling. “Because our laws are strict here, lots of companies send their computer waste to be recycled overseas,” he decried. “There, they are recycled in ways that are harmful to the environment and to human health.”

There is also the problem of “downcycling,” a term referring to the fact that most products are recycled to produce products of lower and lower value, until they eventually cannot be recycled further and have to be disposed of. All this is happening as we are using more technology, for shorter periods of time, thus, generating more technological waste.

For this reason, there have been growing calls to focus on reusing rather than, or in addition to, safe recycling processes. According to the Telecommunications Industry Association, the average original owner keeps a laptop for only three years and a cellphone for only 24 months. Many of these electronics are still in good working condition and can be recycled, refurbished or donated to schools and charities.

Kadisal Canada has been qualified under the Recycler Qualification Program (RQP) since 2010. The program is part of the Electronic Products Recycling Association (EPRA), a not-for-profit national organization. The RQP certification sets minimum requirements “to ensure that [end-of-life electronics] are handled in an environmentally sound and socially acceptable manner that protects the environment and safeguards worker health and safety.” All the same, some of the costs to recycling that make reusing an attractive alternative still apply.

In advocating that we reuse our reusables, Reboot McGill is a local example of a potential solution to the challenges posed by e-waste. Reboot actually goes a little bit further by managing to even salvage the working parts of non-functioning computers.

Once Reboot receives computers from HWM, their team wipes them, installs free software and gives them out to those who need them. This normally means McGill clubs and graduate students. “Plate Club was one of the first clubs we helped out,” Ranga proudly said. “We’ve also given some out to CKUT, McGill Nightline and others.”

Kaul Sahib, who is in computer engineering, joined Reboot to get some experience pertaining to his major. “Normally you don’t actually get to open a computer until your third year,” he enthused. “By joining Reboot, I got to do it in my first semester!”

“We’re thinking of doing a series of workshops where people can stop by and learn how to fix computers,” he added. “Possibly next semester.”

During the year, Reboot does not take computers from students, but they plan to have their second annual electronics drop-off drive in late April. Students will be encouraged to drop off both working and non-functioning laptops, phones and other electronics.

At the end of his 2011 presentation, Kyle expressed hope that Reboot really would reshape how we think about waste and technology. “I see the Reboot program and what we’ve accomplished as a great success,” he concluded. “My goal would be to one day see a place in Montreal that would use the model and make the scope wider so that everyone from Montreal could help in what we’re doing. I’d like to help reboot Montreal.”

As it has become increasingly difficult to stop the flood of offensive, non-PC content plaguing McGill in the form of…